On Wednesday of this week, geegeez.co.uk took its latest step towards extending its ‘brand presence’ (i.e. trying to tell more people that we exist!) with the commencement of a sponsorship deal with top flat jockey, David Probert.

As many will know, Probert is a consistent top 20 jockey who rides primarily for Andrew Balding’s Kingsclere stables. This season, he will hope to be partnering 100+ rated performers such as Absolutely So, Blond Me, Highland Colori, Passover, Storm Rock, and Squash, as well as the rising stars from this season’s three-year-old crop.

David rose to prominence when tying with William Buick for the apprentice championship of 2008. He has ridden a total of 613 British winners to the end of the 2015 season and, since returning from a stint riding in Dubai in early 2016, the 27-year-old is currently on the 14 winner mark this term (as at 12th May 2016).

We’re thrilled to add David to our team for 2016. His progress through the jockey ranks reflects geegeez’ own upward trajectory, and this is a tremendous first foray into flat sponsorship for us. We look forward to being a small part of David’s continued success in the saddle this year.

David is expected to ride in more than 500 races on the turf and all weather before the end of the season, and has already scored three victories in his new breeches – in the first two days!

In fact, his very first ride sporting the geegeez.co.uk kit resulted in a win, aboard Gay Kelleway’s Ubla at Lingfield on Wednesday.

David Probert off to a flyer

Then, yesterday at Salisbury, he notched a double for his boss. The first was Bohemian Flame, who was making his debut for Kennett Valley Racing, and looks a very nice prospect. 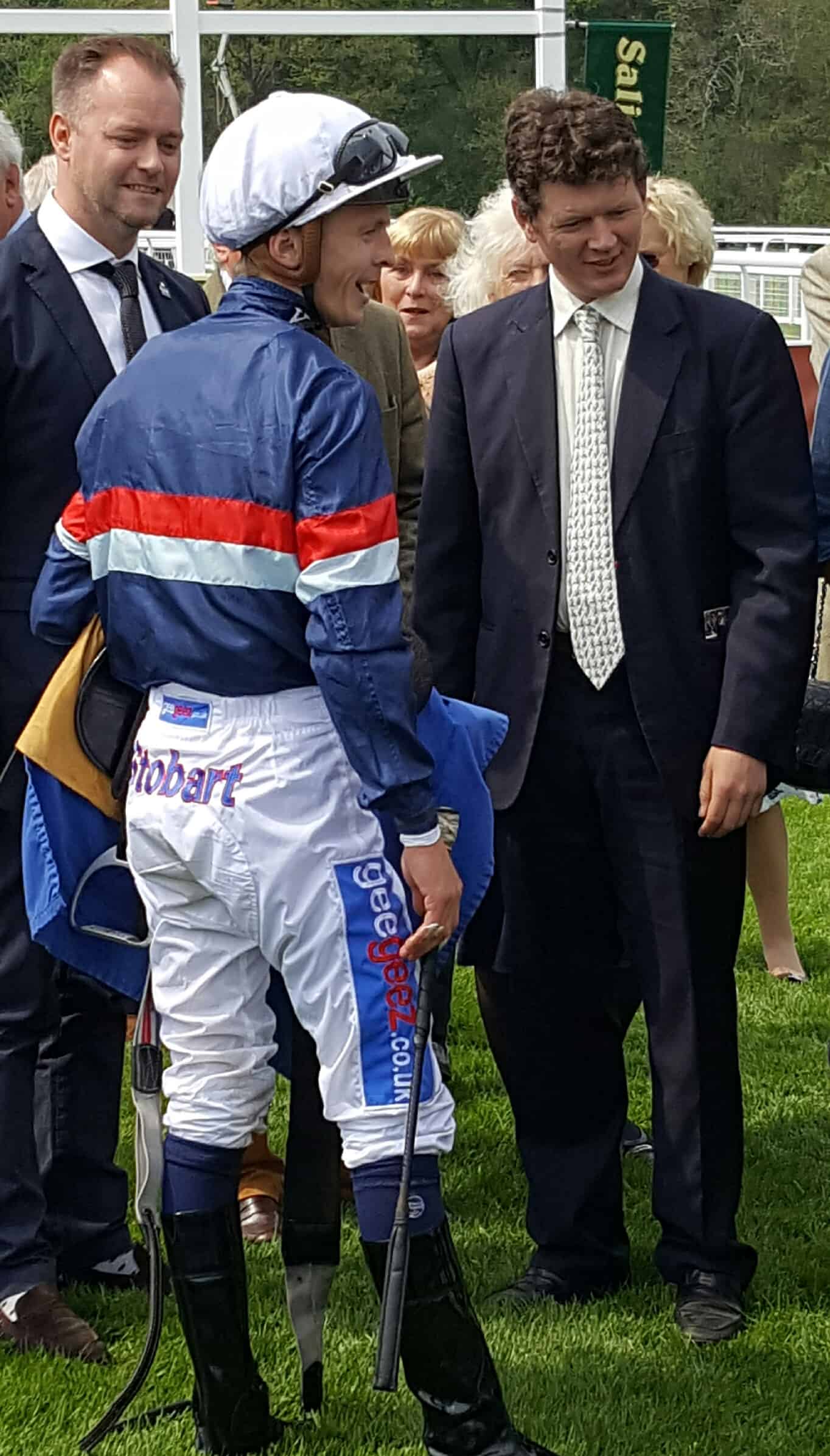 Bohemian Flame came from last to first to win the novice stakes, for trainer Andrew Balding

And a couple of hours later, Dancing Star clung on in the first division of the sprint handicap, giving Probert another chance to show off his new red, white and blue livery. 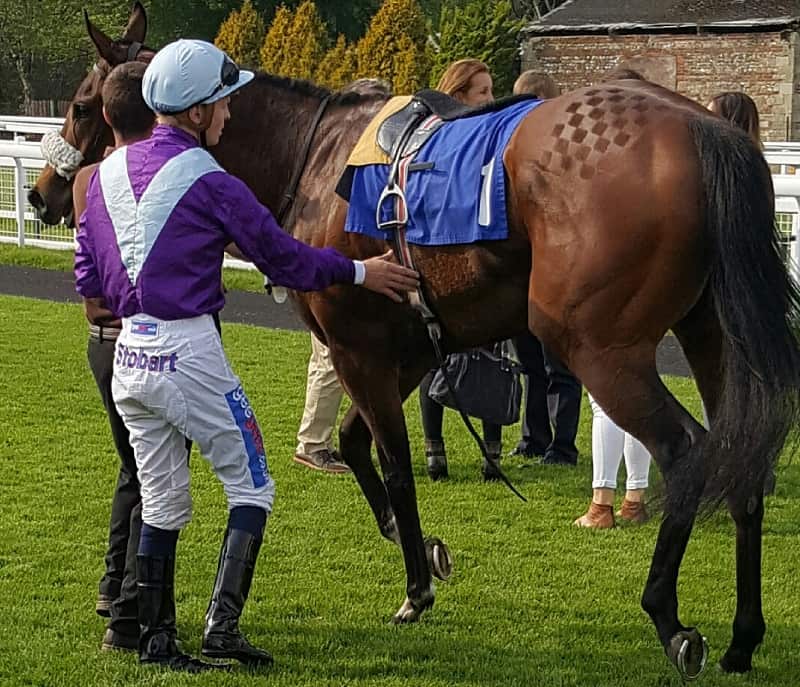 It is still early in the season, and who knows how things will unfold, but this is an exciting way for us to project ‘Brand Geegeez’ on British racetracks, and I’m really pleased to have a top young jockey (and man) like David Probert as part of the team.