We head to the polytrack at Chelmsford this evening for Race of the Day which is over ten furlongs for horses rated up to 80. From a quick glance at the racecard it shows us that on official ratings the runners are very tightly grouped, with just eight pounds covering the entire field. However the Speed Ratings show us an entirely different picture with a huge gap between the highest and lowest rated. Cote D’Azur is the highest rated (75) and he is trained by Sir Mark Prescott who has green characters below his name which highlights some very good current form, but also excellent course form over the past year. If you click the black trainer icon below the horse’s name, this detail can be seen.

Mark Johnston and Franny Norton are in super current form together (as highlighted on Feature of the Day on Saturday at Ripon where they returned a nice double) and Street Duel is the pair’s runner today. 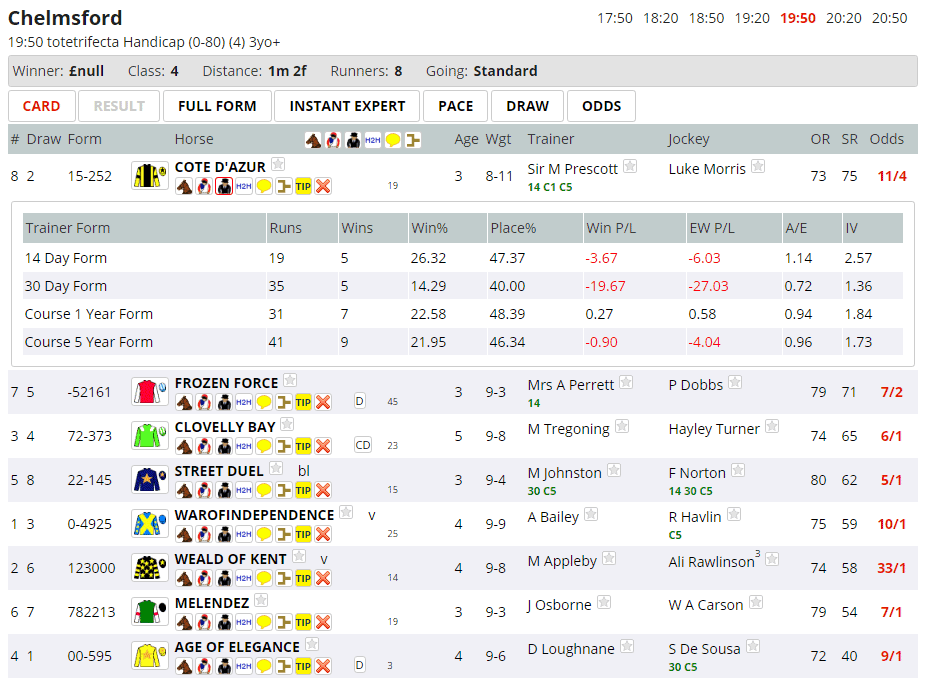 To further highlight the above point regarding Johnston and Norton, they show up extremely favourably when checking out the Trainer Jockey Combo Stats report. From this report we can see that this combination have won a quarter of the races that they have teamed up in over the past 30 days and been placed in half of them, a quite brilliant record. Backing every horse where these two have teamed up over this period would have returned £58.26 for a £1 level stake.

The Instant Expert tab shows us that nothing stands out hugely as being heavily favoured by today’s race conditions, but Age Of Elegance has proven form on the going and over this distance. Street Duel and Cote D’Azur are both three year olds so we have less form to go on, however they both have a good share of amber in their column which warrants some respect. 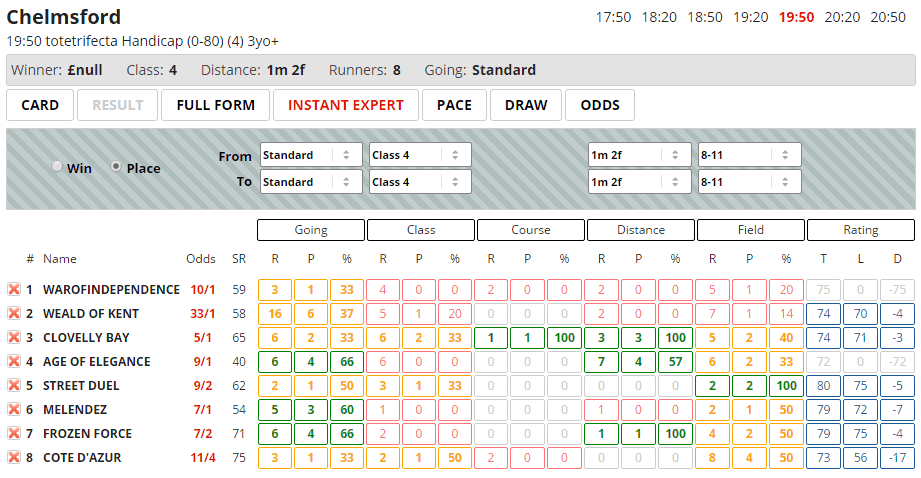 From the Pace tab we can see that leaders have a relatively good record here and looking at the pace scores it appears likely that Street Duel will try to make all, which he has done successfully in the past. However, stall eight – with fast starters directly inside him in six and seven – could be a hindrance. 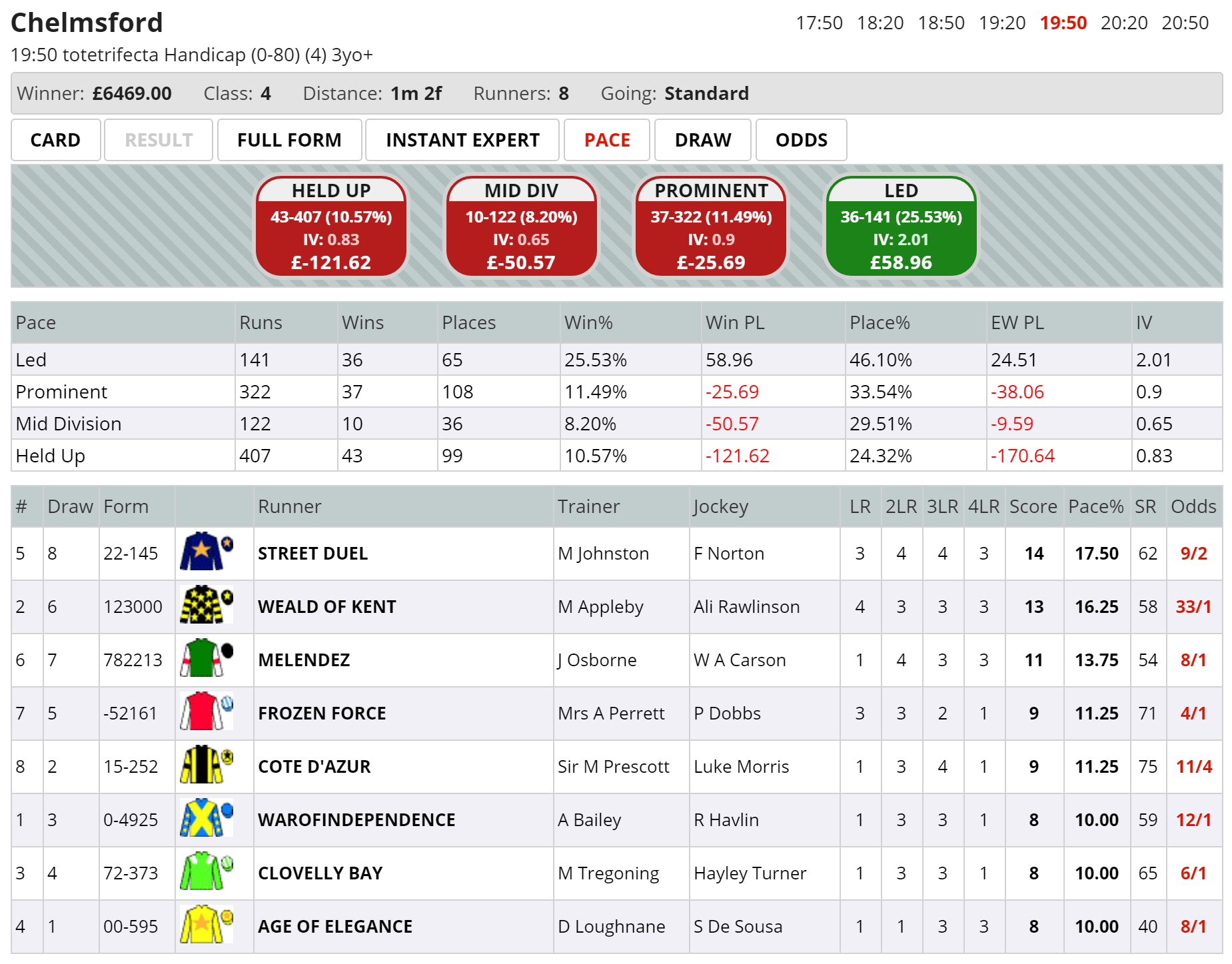 All told it’s a trappy race, and perhaps a good example of when the data doesn’t really point in any particular direction. Sometimes the sensible play is, well, not to play. There are 34 other races to go at today!