This is a wide open five furlong handicap at York and a case could conceivably be made for several of these runners.

The favourite is the hat trick seeking Just Glamorous and he is well clear on the Speed Ratings. He has been given a rating of 100, with the next closest on 88.

From looking at the form figures to the left of each of the horses names, we can see that there are several recent winners in this field, and therefore making it an extremely competitive race. 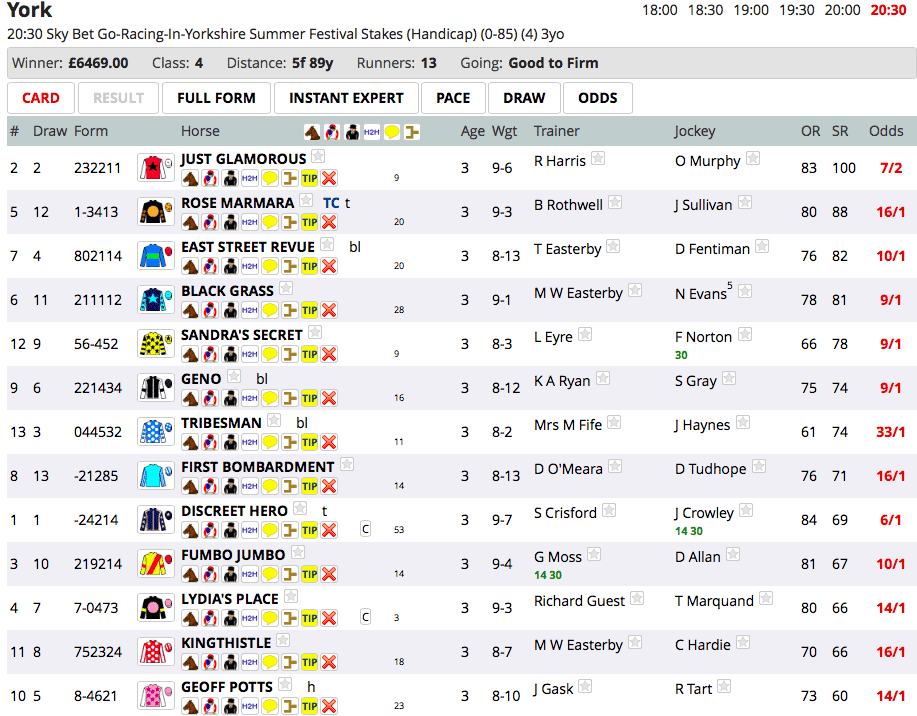 Looking at the Instant Expert tab on the place setting, it shows us that both First Bombardment and Geno have significant amounts of green on their lines, taken over a decent sample of runs as well. Geno is actually rated the same as his last victory four runs ago so it can be assumed he is reasonably weighted.

Just Glamorous also shows up well on this tab and interestingly, Lydia’s Place, who has good enough numbers, is six pounds lower than her last winning mark. She ran really well for a long way earlier this week at Musselburgh and there is no reason to believe she isn’t capable of getting a place again. 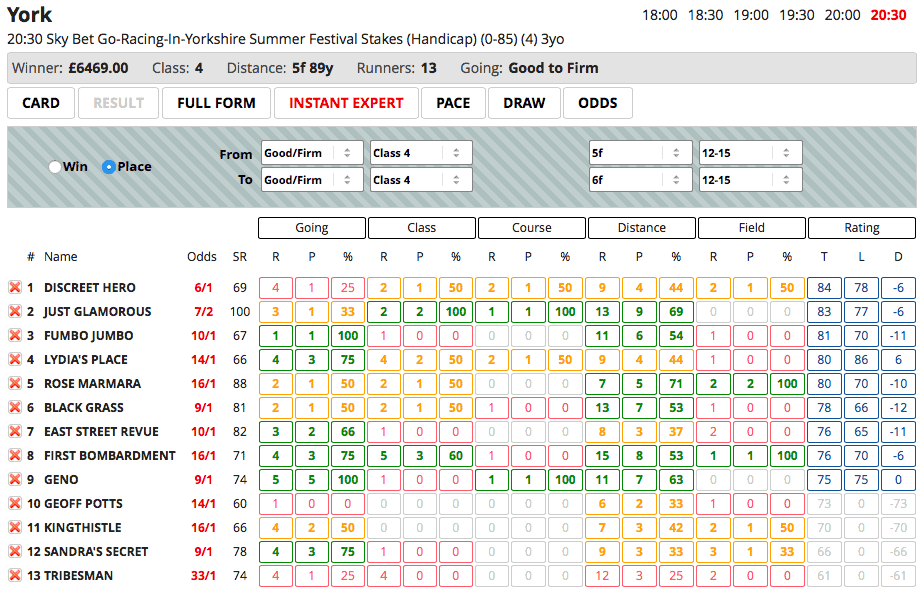 The Pace tab shows us that several of these horses like to lead so I expect them to come flying out of the stalls and set a ferocious pace. As the pace is likely to be so high it may pay to be on the side of a horse that also has a bit of stamina, as a strong finisher may be able to pick them off in the last 100 yards. 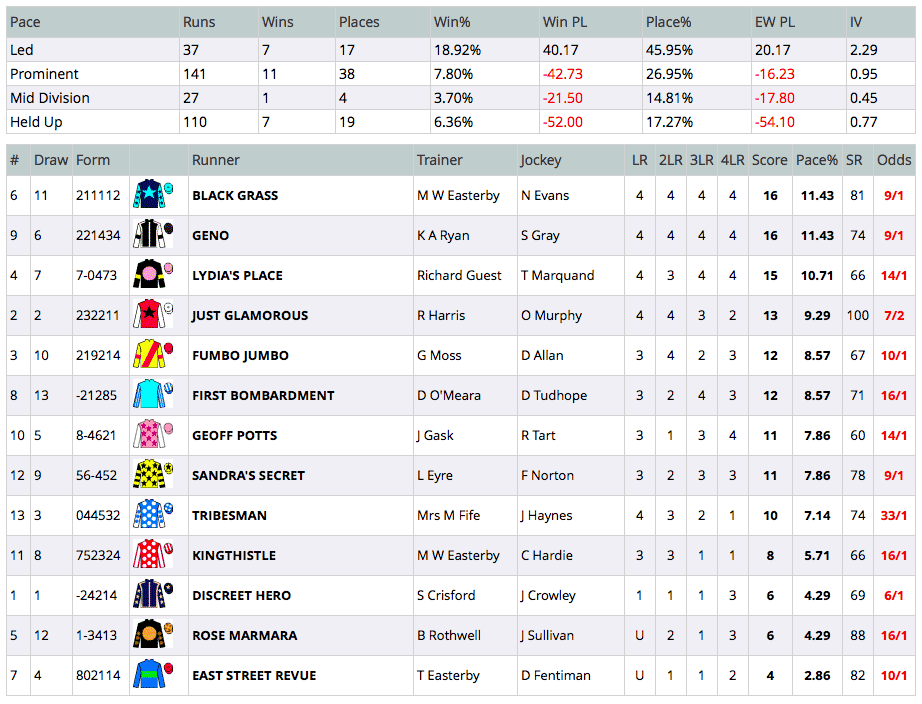 In a wide open sprint for three year olds that still have plenty of improvement possible, although a few horses stand out on what we have looked at so far, any number of horses could win this. Just Glamorous has looked in great recent form but has risen in the weights again and although he has a definite chance, 7/2 in a race this open isn’t particularly appealing to me.