This is a competitive looking six furlong handicap and although there are only seven runners, there is little to choose between several of them at first glance. On official ratings six out of the seven runners are separated by just three pounds.

The lightly raced Balance tops the Speed Ratings with a mark of 76, and she is currently the 5/2 favourite.

Peter Park is trained by Clive Cox, and from the green characters below the trainers name we can see that he is in good current form, and he also has decent course form over the past five years. If you click on the black trainer icon below the horses name, we can look at this in more detail. Over the last five years over 20% of his runners here have won and almost half of them have gained a place which is a super record. Cox is showing a very healthy P/L to level stakes on both the win and place aspect. 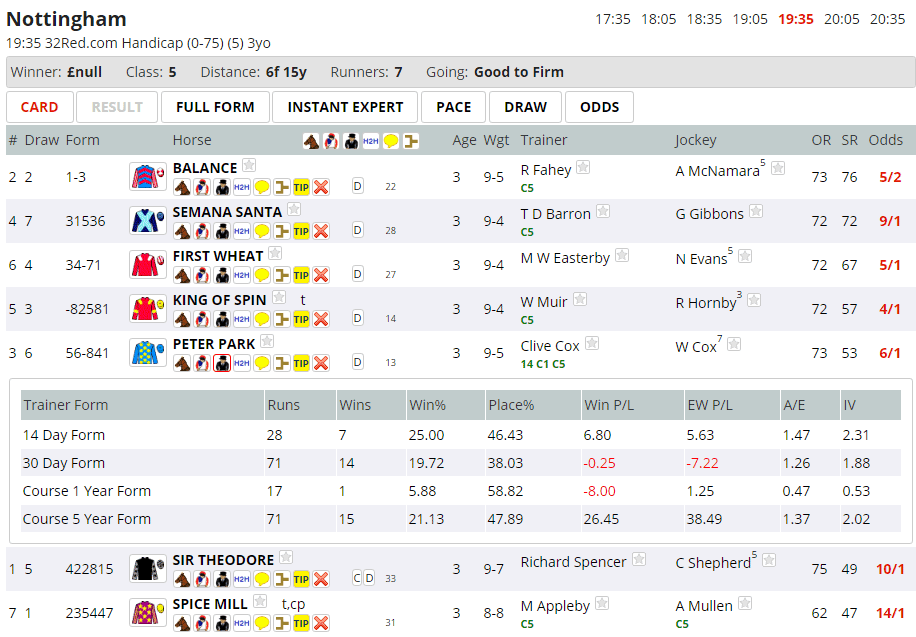 As this is a race for three year olds they won’t have had loads of races so far in their careers to date, and therefore when looking at Instant Expert there isn’t lots to go on. A few of the runners have sporadic bits of green, but nothing to really get excited about.

The pace tab shows us that Semanta Santa and Sir Theodore both like to be handy in their races. Leaders have a decent enough record here over this distance, winning over 20% of the time. The remainder appear to generally be happy either being held up or prominent so it looks like they will be trying to pass the two just mentioned. 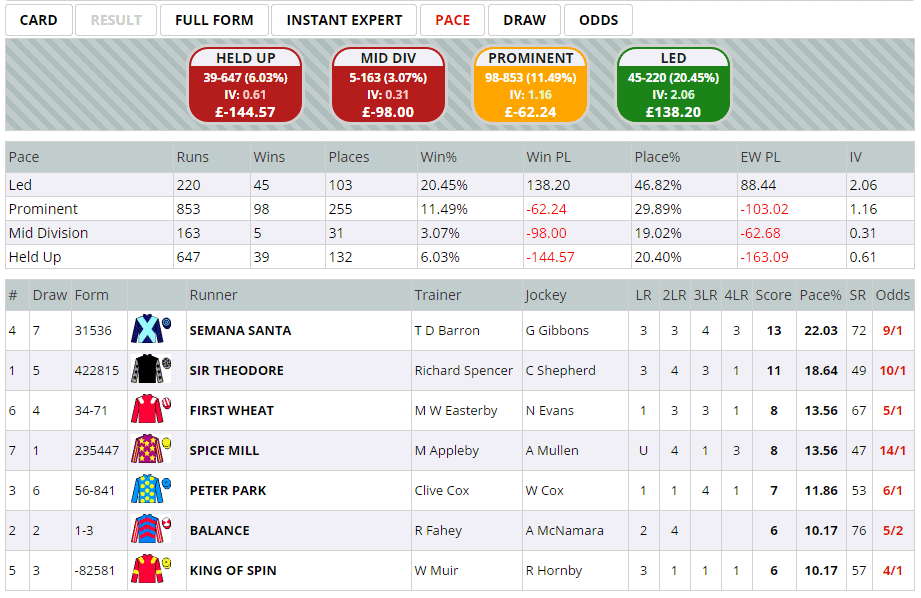 The Draw / Run Style Combinations together with the Heat Map show that it isn’t really as important where the runners are drawn, but that leading, or even better being just off the lead and prominent, is extremely beneficial. That being said, being drawn high and being a leader or prominent, has the best figures overall. Semana Santa is drawn highest in stall seven and is usually prominent in her races, therefore she fits the above criteria nicely. 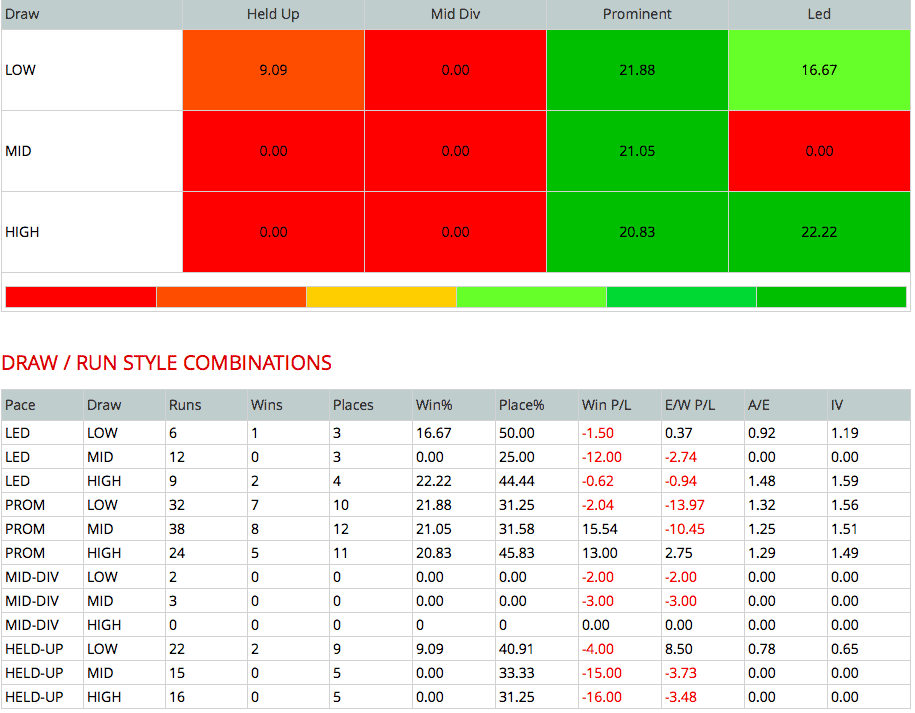 The Trainer Jockey Combo Stats report is usually an extremely powerful tool in the Geegeez Gold arsenal, and it shows that at Nottingham when Andrew Mullen rides for Mick Appleby they can produce some nice winners. They don’t have a fantastic win percentage but they are showing a win P/L of £13 to level stakes meaning they are able to get their share of nice priced winners. They saddle Spice Mill tomorrow who is the outsider of the field at 14/1.