There are just the six runners in this ten furlong handicap at Yarmouth, but it looks quite a competitive affair and appears to be an open race.

At the top of the Speed Ratings is Master Gunner with a mark of 68, this is a long way clear of the next closest Rocklife, who is rated 56.

From the characters HC1 next to Master Gunner’s name we can see that this is the first time that he has run in a handicap race. If you click on these characters it will load a report which shows how well trainers do with horses running in a handicap for the first time. Sir Michael Stoute hasn’t had very many first time handicappers at Yarmouth over the past five years, however he has a good record with the few runners he has had. This can be an extremely useful report as it can highlight trainers that target handicaps with horses that have had their three runs needed to be able to race in a handicap (in conditions that aren’t best suited to them), and then run their horse in quite different conditions from a lenient mark.

The Instant Expert tab isn’t particularly revealing as this is a race for three year olds and they haven’t raced that many times, however one plus is that Pacharana has won over course and distance, and it was on today’s going. Incidentally it was her last run as well, something that definitely bodes well and is a positive in her favour.

The Pace tab has quite a muddled look to it as four of the today’s runners have led at least once in their last four races, but they have all also been at the rear of the field in at least one of those as well. Therefore trying to figure out who is going to lead here is tricky as best. Horses that do lead have a win record of just under 20% which is pretty reasonable, so anybody that likes to have a go in-play, this is an angle that may be worth exploring. 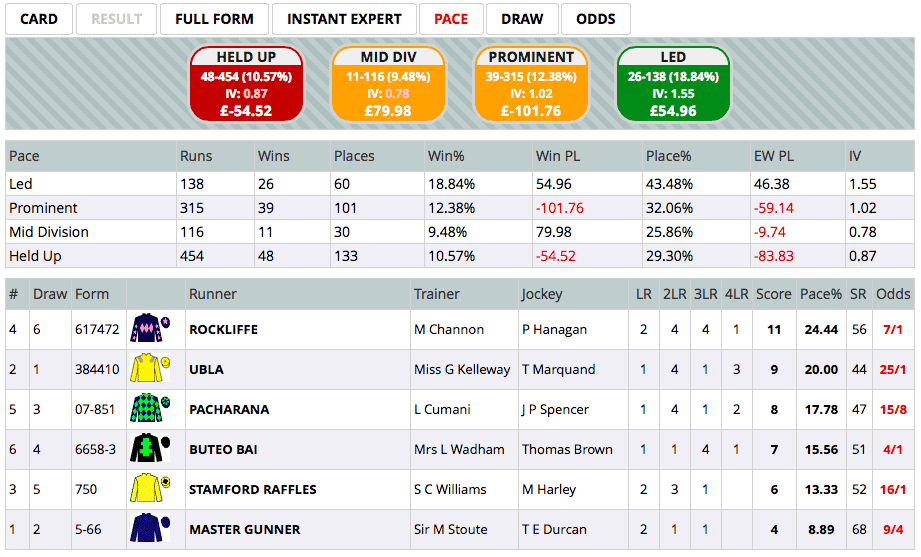 The Heat Map shows that horses drawn low, regardless of race pace, have easily the best record and therefore in a tricky race to decipher, this is certainly something to take notice of. 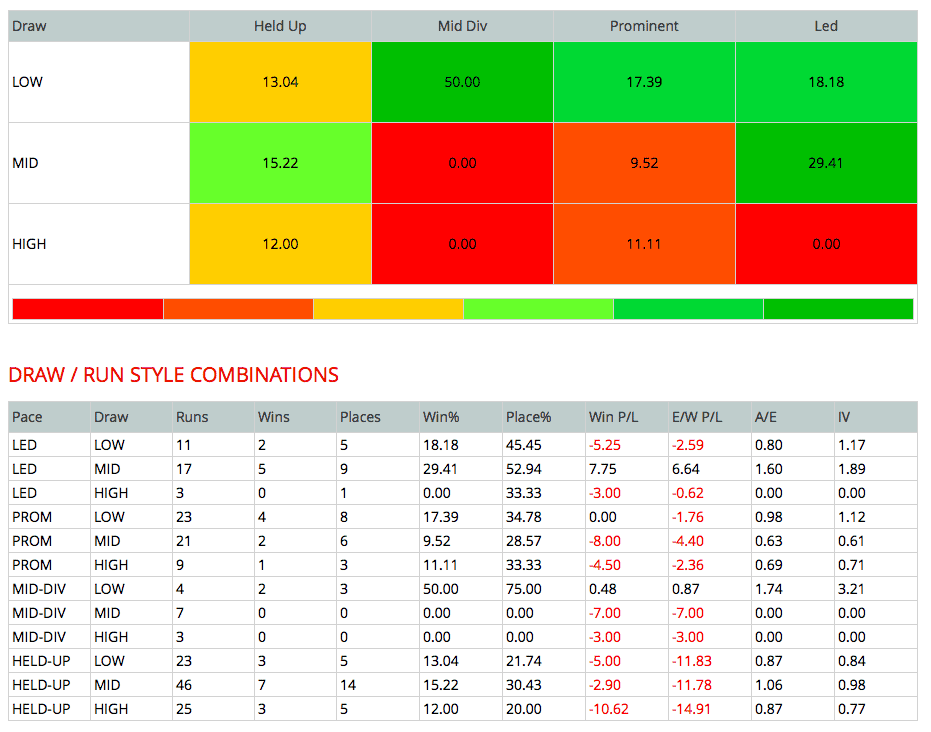