There are some useful looking two year olds in this nursery handicap at Leicester which is run over five furlongs.

Awesome Allan tops the Speed Ratings with a mark of 81, closely followed by Prince Of Cool on 79. 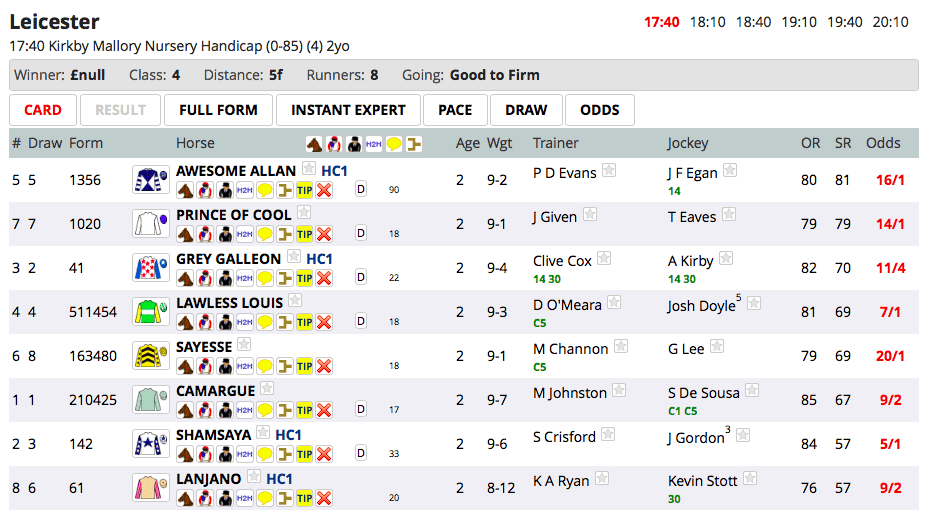 Looking at the Instant Expert tab we can see that several of the field have patches of green against their name. However, as this is a race for two year olds most of this green is from only one or two runs, therefore not too much weight should be given to this.

Only one of the eight runners has run here at Leicester before, and Sayesse was unplaced on that occasion. 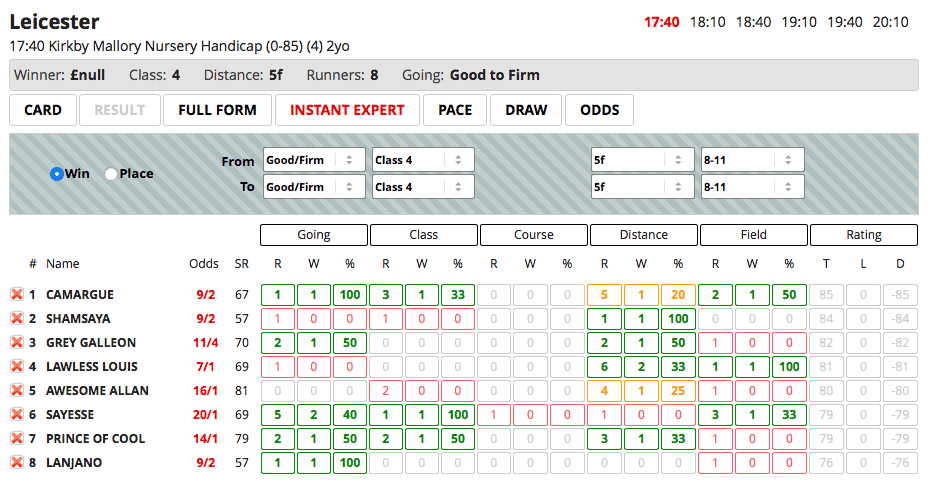 The pace tab shows us that this is a great course for leaders over this distance as over 26% of leaders have gone on to win the race.

Awesome Allan has led or been prominent in his previous four races so it can be safely assumed that given an even break he will be right up with the pace. Prince Of Cool has also led in a couple of his past four races so it may well be those two fighting it out for the early lead. 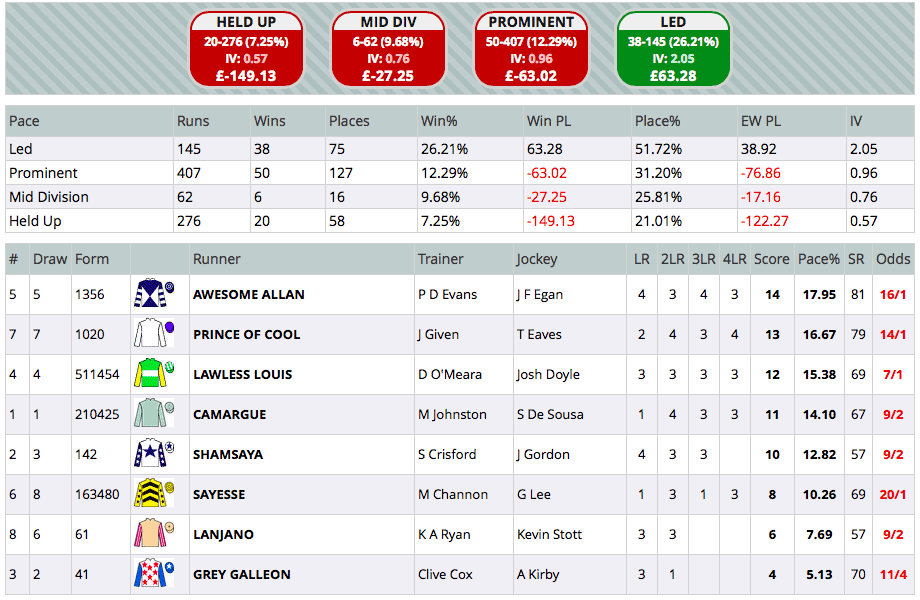 The Heat Map confirms that being a front runner is very favourable here and it also shows us that in a field of this size the draw isn’t as important.

The Draw / Run Style Combination table shows impressive figures for leaders that are drawn low, however this is from a small sample size so it could just be that from this sample the better horses were drawn low. 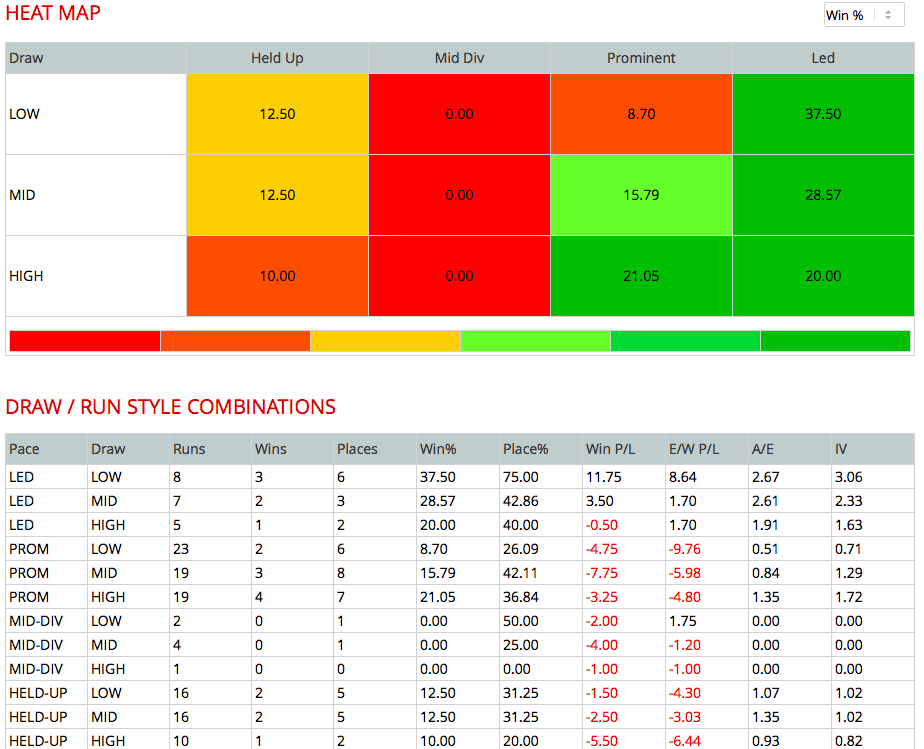