It’s the start of the Ebor festival at York today and that’s where we go for Race of the Day, and the Group 2 Voltigeur Stakes.

Just the six runners go to post and Aiden O’Brien saddles half of the field, including the odds on favourite Idaho, who is at the top of the Speed Ratings, closely followed by Imperial Aviator.

Across The Stars is trained by Sir Michael Stoute and ridden by Frankie Dettori, and as can be seen by the green characters below their names, they both have excellent course form over the past five years. If you click either the trainer or jockey icons below the horses names, you will see this in a lot more detail. 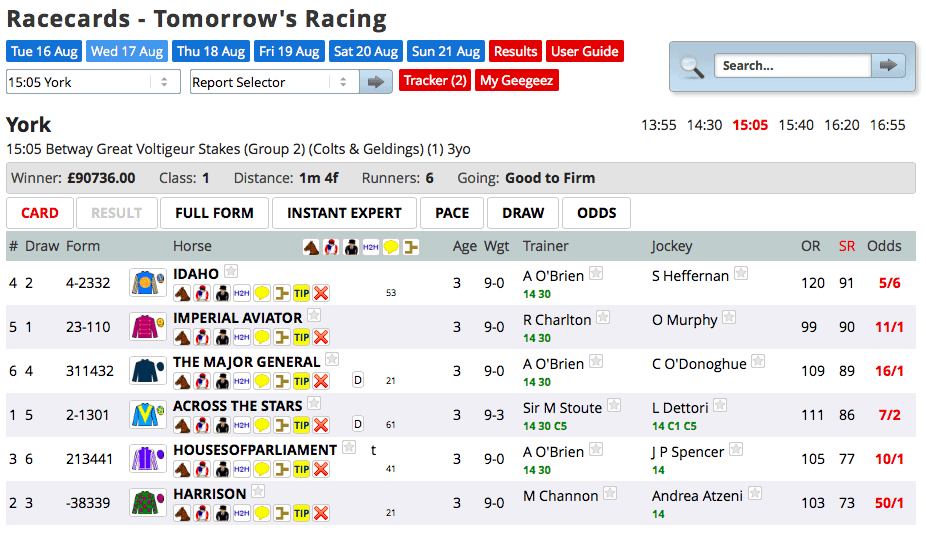 It should be noted that as this is a three year old race, there aren’t too many races to go on and therefore not as much weight should be given to the Instant Expert tab compared to for instance, a handicap race for older horses with lots of races under their belts.

As O’Brien has three of the six runners it is highly likely that one of them will be a pace maker for Idaho, and from looking at the pace tab we can see that it will almost certainly be The Major General. 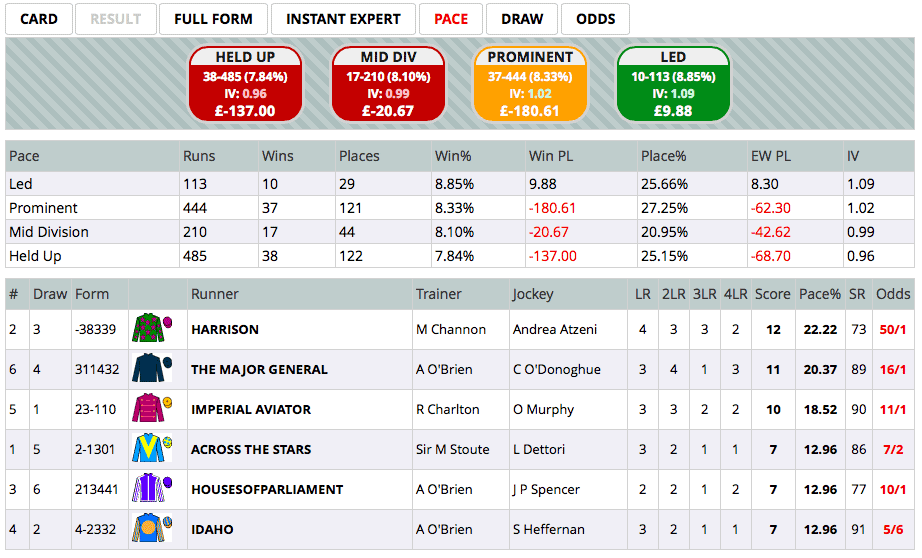