This nine runner handicap is over almost ten furlongs, and we have a short priced favourite, Ocean Ready.

He is right near the top of the Speed Ratings with a mark of 69, only Monna Valley is higher on 70.

This is a race that includes a lot of trainers and jockeys that have been in excellent form over the past month or so, including De Sousa and Crowley who are fighting it out for the jockey’s championship. 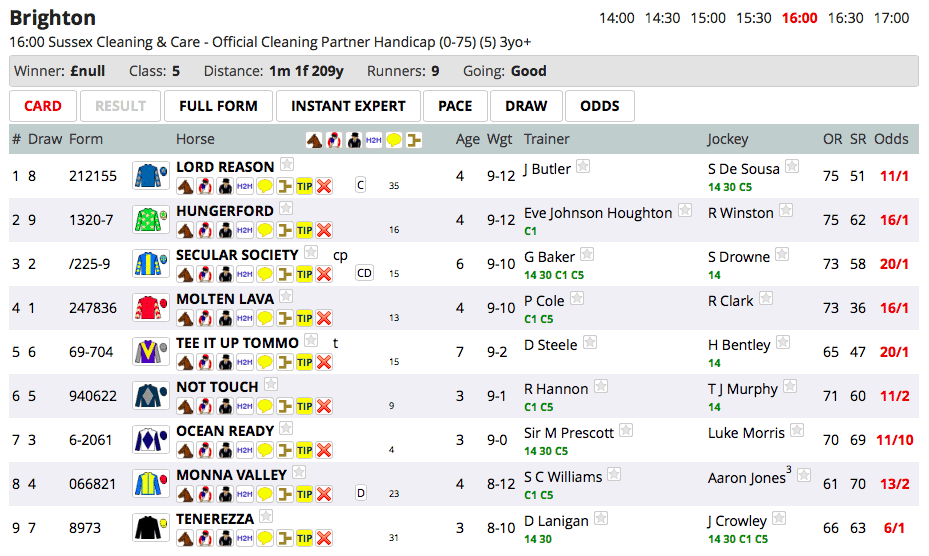 The Instant Expert tab makes interesting reading, especially if looking for reasons to oppose the short priced jolly. This is an excellent piece which explains in more detail about finding underpriced favourites – Reverse Rule 4 He did win last time out, however he is untried over the course and distance, as well as on today’s going. His two turf runs have been on good to firm, so it remains to be seen whether he will be as effective with a bit more give underfoot, which is particularly relevant given the step up in trip. 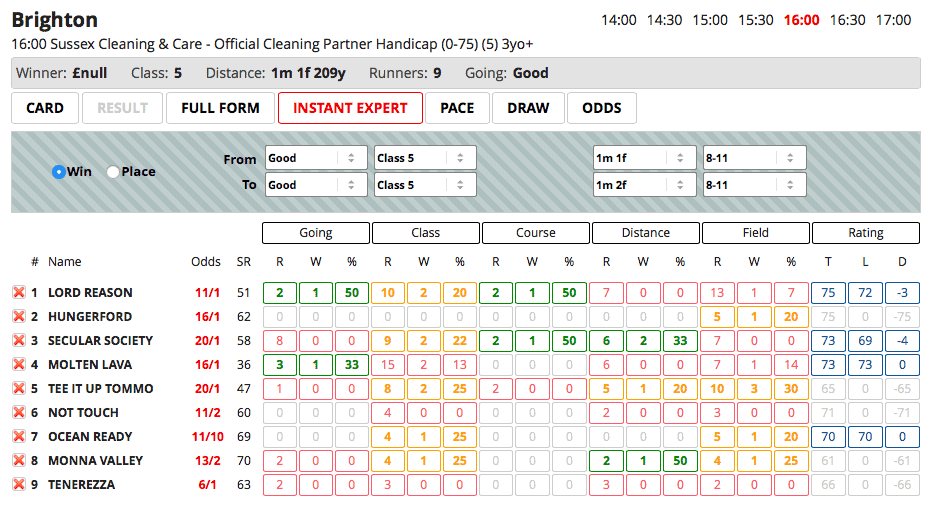 The pace tab shows us that being at the head of affairs is a slight advantage, but not too much and I wouldn’t be put off backing a horse that is likely to be held up.

The favourite is almost certainly going to be one of these, as his past three races he has been out the back as he is a slow starter. This included a victory on his previous start so it wouldn’t be a surprise to see similar tactics adopted. 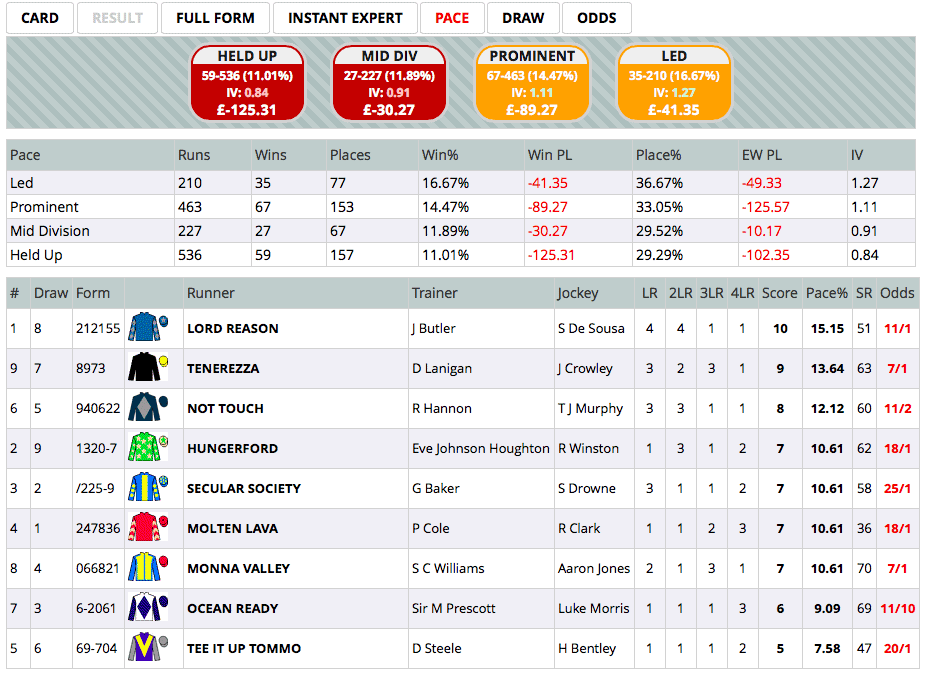 Stat of the Day, 5th September 2016 Ray Far From Toothless With The Law
Scroll to top