This is a fillies nursery handicap with a couple of potentially nice looking two year olds in.

Hannon runs Soldier’s Girl who interestingly is at the top of the official ratings, but at the bottom of the Speed Ratings.

Nepeta runs for Mark Johnston who has good course form here over the past year (33.33% strike rate) and she is ridden by Silvestre De Sousa on board who is full of winners at the moment. 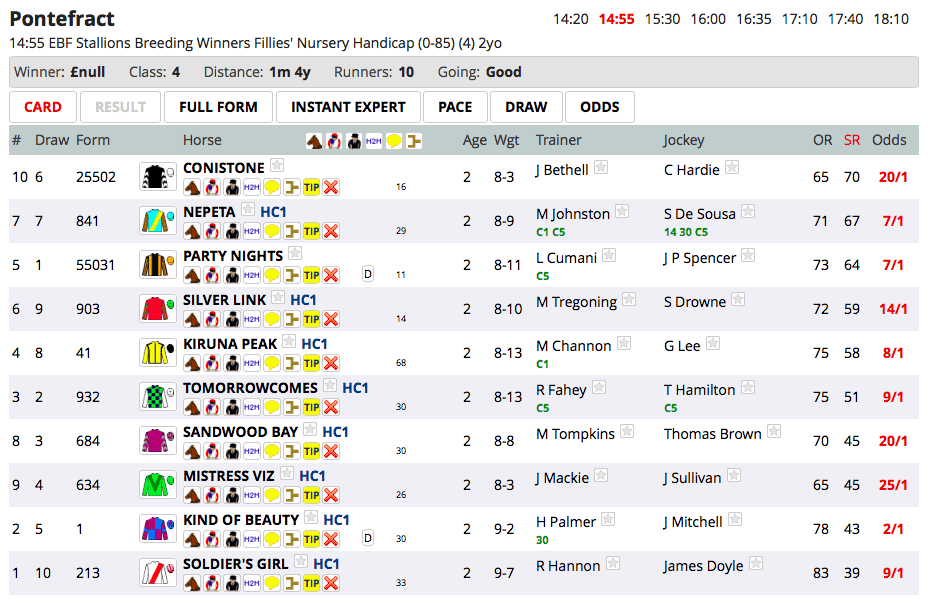 Due to this being a two year old race there isn’t too much to go on when looking at the Instant Expert tab. However, Nepeta is the only runner that has won a race in this class. 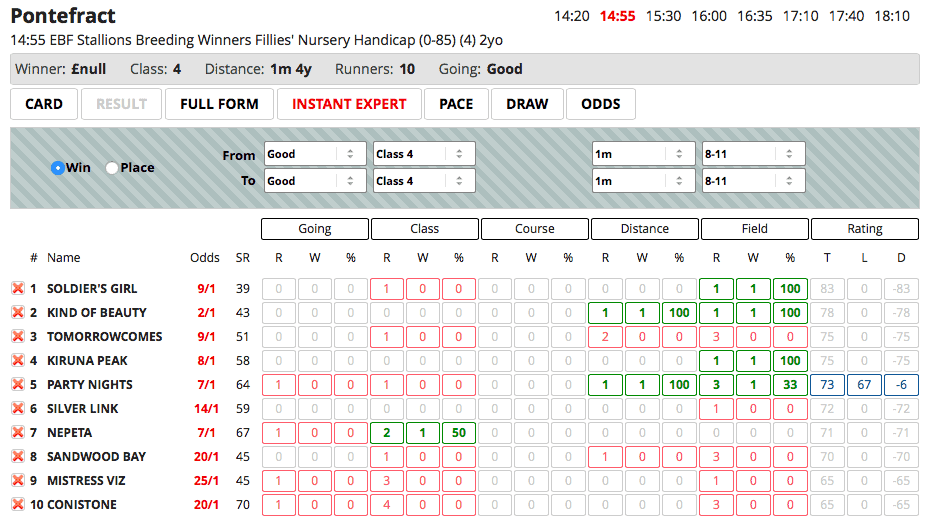 The pace tab shows a definite bias towards horses that lead the race early on with over 23% of them going on to win the race. This is a large percentage over a big sample of races so we should definitely be looking for horses that are likely to be up there with the early pace.

Nepeta has been at the head of affairs in her past two races and looks likely to be vying for the lead again. Party Nights and Tomorrowcomes are the other two that appear to like to race from the front. 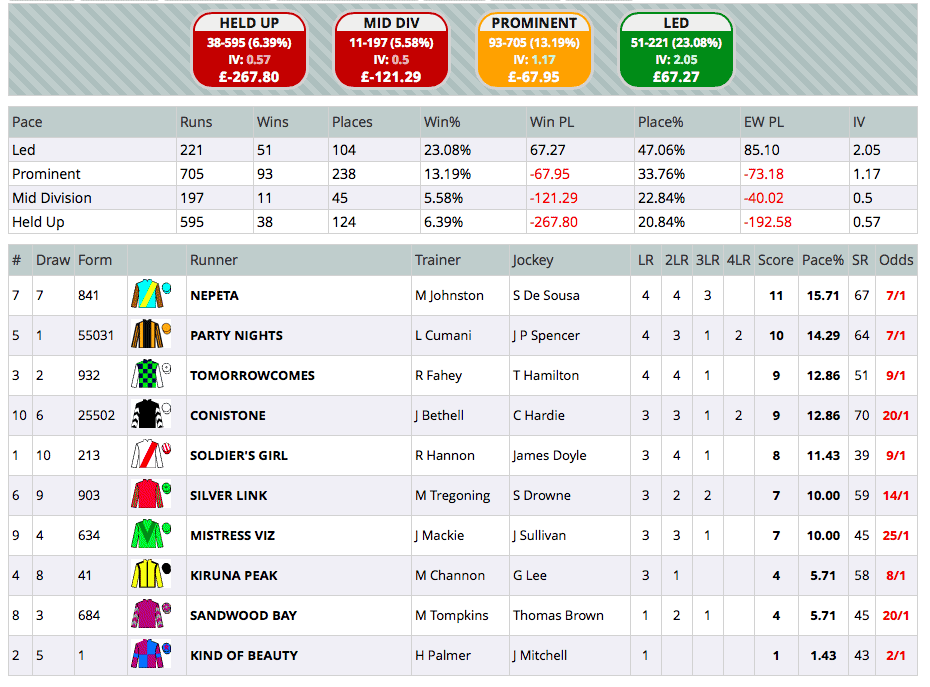 The Heat Map and Draw / Run Style Combinations show that low to middle drawn numbers fayre best and with Party Nights and Tomorrowcomes drawn one and two, the initial pace is quite likely to be there. 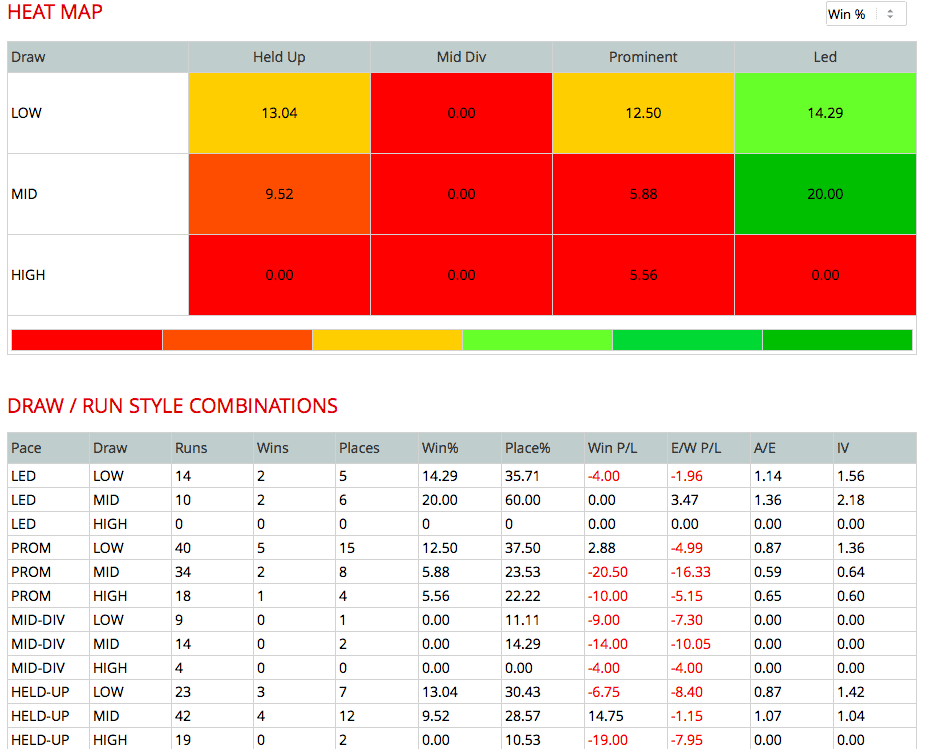 The Trainer Snippets tool is one of my favourite reports to use, and for this race it is worth noting the record of Hugo Palmer with his runners having their second start is particularly good. He has 20 winners (26.32%) and 46 places (60.53%) from 76 runners which is an excellent record. He runs King of Beauty here who looks to be in with a decent chance. 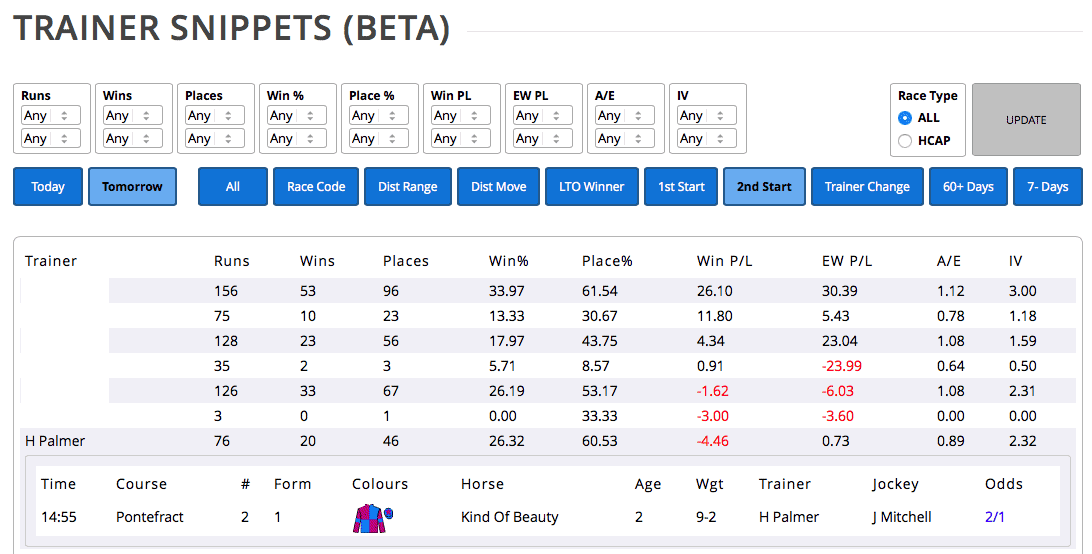