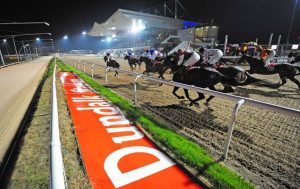 The position of Dundalk meetings in the week, typically Friday evenings in the autumn and winter, means they are more popular than one might expect ordinary all-weather racing to be, writes Tony Keenan. I remember attending the maiden fixture at the track on August 26th 2007 when Emmpat won the featured premier handicap; bizarrely that was an all-ticket affair (a first in Irish racing) and while the crowds attending now are poor, it is the first racing many punters will encounter each weekend and produces a relatively high turnover despite its quality.

Problems with the weak market on track – a long-running dispute with on-course bookies, stretching back to days when it was a turf venue, continues to play its part – have been well-covered by Johnny Ward and Kevin Blake elsewhere in recent weeks but this circuit is no mere betting shop fodder and there are some profitable betting angles that can be exploited, two of which I’ll focus on here.

The maximum field size at Dundalk is 14 – an ideal number for bookmakers as it negates the availability of a fourth place in handicaps – and received wisdom would say that low numbers should be favoured; the track is galloping with sweeping bends and being trapped wide on these means you are covering an awful lot of extra ground. That’s true over some distances but not all. For the purposes of this study, I’ve looked at handicaps over the different trips run at Dundalk since the start of 2014 which is after the key date of December 11th 2013; on that evening the track introduced a cutaway rail which has led to less trouble-in-running in the straight as before that they tended to race very tight to the rail. In true Irish fashion though they didn’t tell anyone until about half an hour before the first!

Focussing on handicaps makes more sense than all races as the horses are, at least theoretically, of more equal ability while I have divided each field into approximate thirds; stalls 1 to 5, stalls 6 to 10, stalls 11 to 14. Along with the usual numbers of strikerate and actual over expected winners, I’ve included the place strikerate which some may trust more.

The 5f start at Dundalk is in a chute rather than on the main circuit which might take some of the sting out of those drawn wide though looking at the figures this is not the case; these seem to be coffin boxes with no winners emerging from there and woeful place stats to back this up. That said, the lower drawn horses do seem to be overbet with those in the middle third doing better over time.

Though the outside boxes do well here in terms of winners and are one of the very few groups that offer a positive expectation this feels random; their place strikerate is not so good and it comes down to which one you trust.

There is nothing major over trips of seven furlongs and a mile with the outside stalls coming off about worst.

With the handicaps over ten and a half furlongs, the low numbers again come off best; the stalls are positioned right in front of the stands for these races and the first turn comes up quick with wide drawn horses either having to switch quickly into hold-up positions or face being trapped wide at the bend. One interesting point about this is the poor record of stall one, providing only 4 winners (5.19%) from 77 runners; there may be nothing in this though the rider in this position may be forced into going forward (even if his mount is not that way inclined) or faced getting chopped off early. Below are the numbers for handicaps over twelve furlongs which by and large is one of the fairer trips.

The upper reaches of Irish racing basically look the same from season to season; Aidan O’Brien tops the table followed by Dermot Weld and Jim Bolger with some permutation of Ger Lyons and Mick Halford in behind. All five of those are in the top 15 trainers at Dundalk since the start of 2012 but not in the same positions and there are plenty of other names too. Below is the list of all trainers by races won in that period (1,358 winners in total so the sample size is pretty robust) and for reference I’ve included their strikerate in turf races in Ireland during the same period with bold/italics for any trainer where there is a 3% or greater discrepancy higher or lower, respectively.

I’ve crabbed Mick Halford for being too much of an all-weather trainer but you would find it hard to win at Dundalk by ignoring his horses; it isn’t the greatest surprise that his main stable jockey, Shane Foley, is top among riders in this period with another of his, Conor Hoban, doing well too. The likes of Aidan O’Brien, Jim Bolger and Irish racing’s Mr. Consistency, Ger Lyons, operate at broadly the same level as they do on the turf but the other member of the big five, Dermot Weld, seems to have little interest in Dundalk, his strikerate dipping almost seven percentage points below his turf figure.

Speaking of trainers with large discrepancies in strikerate, both Tracey Collins and John Feane jump out. The former has certainly been helped by Captain Joy, a seven-time winner at the track, but even so her numbers are impressive while the latter has built a great record at the track winning with various types of runner.

Dundalk provides opportunity to trainers like this, a more level playing field where the bigger yards are less inclined to throw their weight about, and this has led to a number of lower profile trainers doing well. Below is the record of trainers in handicaps since 2012 in order of strikerate where each had a minimum of 20 runners.

Again, both Collins and Feane figure prominently as do the trainers of some Dundalk cult heroes; Shake The Bucket has won eight Dundalk races for Boots Madden, Grey Danube has won seven for Darren Bunyan, while Adrian Joyce trained or trains track staples like Times in Anatefka, Majestic Timeline and Coach Bombay. These are the trainers that have taken their opportunity on the sand and offer punters some positive expectation (no mean feat considering the overrounds at the track) with their runners at Dundalk. It is probably worth mentioning Prunella Dobbs too who just missed out on making the top twelve trainers above in terms of win strikerate but has a place return of 57.14%, second only to Reggie Roberts among those listed.