This is a below average looking handicap chase over two and a half miles, with eight runners currently going to post.

Thomson is the one trainer that has course form here at Musselburgh, as can be seen by the green C1 and C5 below his name. If we click on the black trainer icon below the horses name we can see his form in more detail. Over the past five years he’s had 10 winners from 45 runners (22.22%) for a level stakes profit of 37.30. He runs the current favourite John Williams here today, and he is worth a closer look. He is ridden by Danny Cook, who has been riding plenty of winners over the last few weeks. 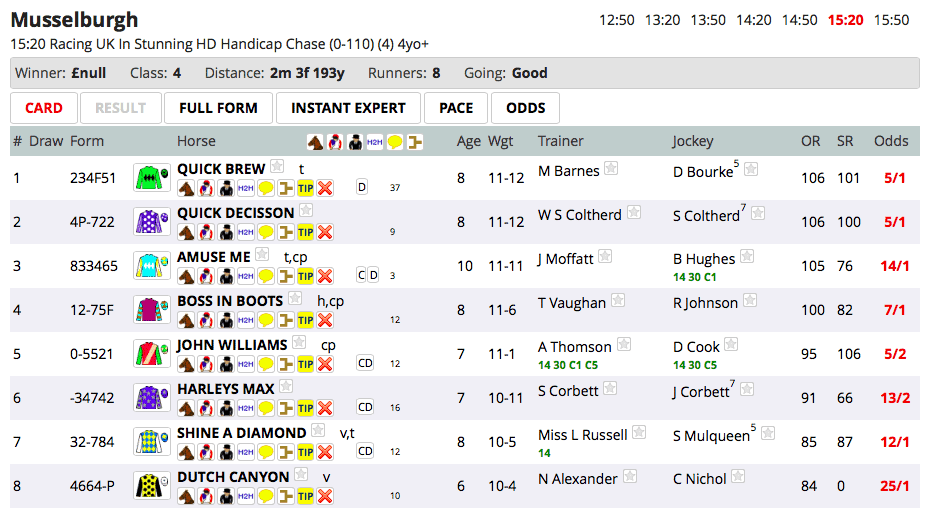 The Instant Expert tab appears to confirm that the depth of the race is quite poor, with not many of the runners showing up very well.

Amuse Me, who is the eldest in the field at ten years old, has two sections of green and two of amber. This appears to be his optimum trip, and he is one from one at the course. Therefore, if he can run close to his current mark, he would have a chance of at least making the frame you would feel, at a healthy price of 14/1.

John Williams also has two sections of green and just the one of amber, with a win over course and distance coming last time out. He has been raised five pounds for that win, but being a lightly raced seven year old, there could still be quite a bit of improvement to come from him.

John Williams is also top of the Speed Ratings, which is another aspect in his favour. 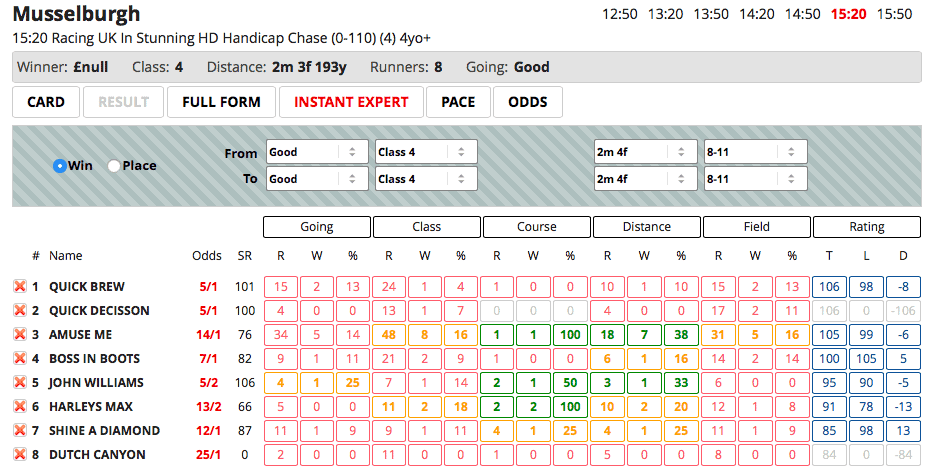 The pace of the race could be very interesting. Dutch Canyon us usually right up at the head of the pace, and has easily the highest pace score. However, John Williams changed tactics for his last race and went straight into the lead, which he held the whole way around. It would be no surprise to see him try and do exactly the same again, and as long as he can cope with the five pound rise in the weights, I think he will be very tough to pass. 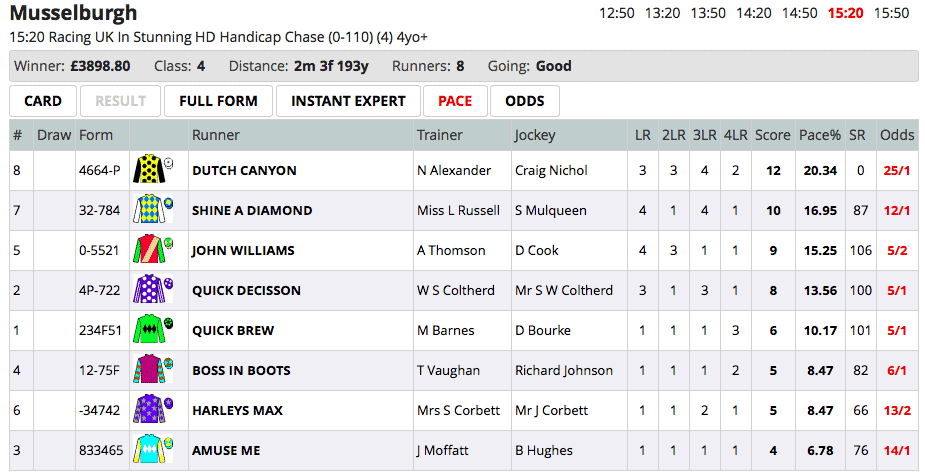 Stat of the Day, 14th November 2016 Monday Musings: The High Price of Jumping
Scroll to top