This is a 0-85 six furlong handicap on the all-weather at Lingfield that currently has 12 runners.

The entire field is very closely grouped on official ratings, with just six pounds covering them. Gorokai is at the bottom of the handicap but is rated well clear of the rest on the Speed Ratings. Both his trainer and jockey, Simcock and Spencer, have very good long term records here at Lingfield as well. 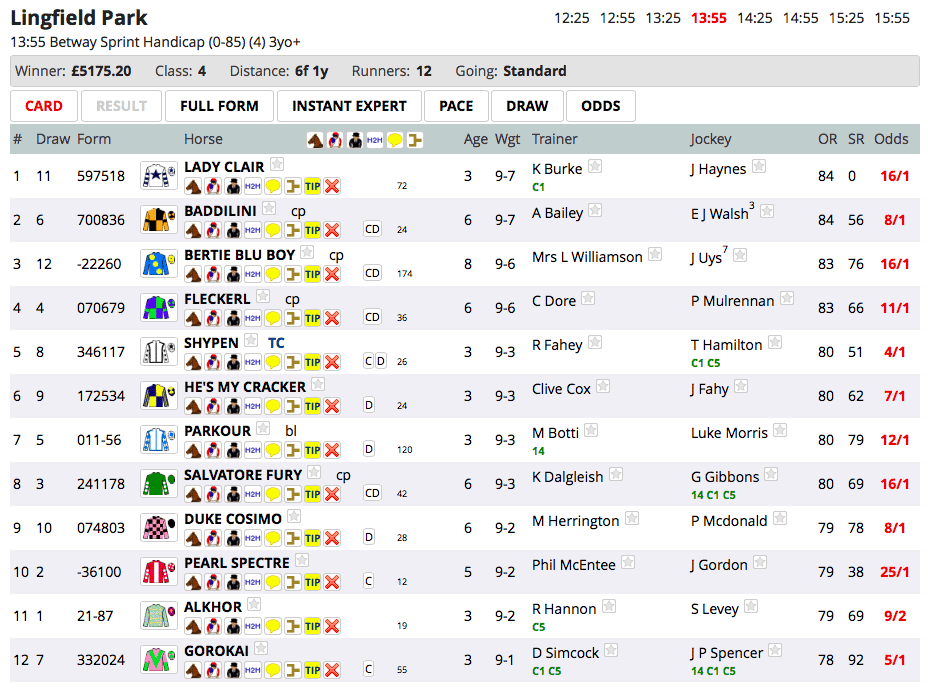 The Shortlist is excellent at highlighting horses that have a great chance on any given day, and it is free to all users on a Tuesday.

Both Pearl Spectre and Shypen from the race we are looking at appear on this report, with scores of ten and nine respectively. Pearl Spectre is dropping down in trip to six furlongs for the first time, hence the grey on the distance section, but the rest of his figures look very good for a 25/1 shot.

The Instant Expert tab shows that the majority of the field are at home on this surface, having won here before. Just four of the runners are making their first appearance here today.

Lady Clair is the only runner to have a useful showing in this class, having won two from her three attempts. She has raced in much better races than this and if she takes well to the all-weather track, then she may be a little overpriced. 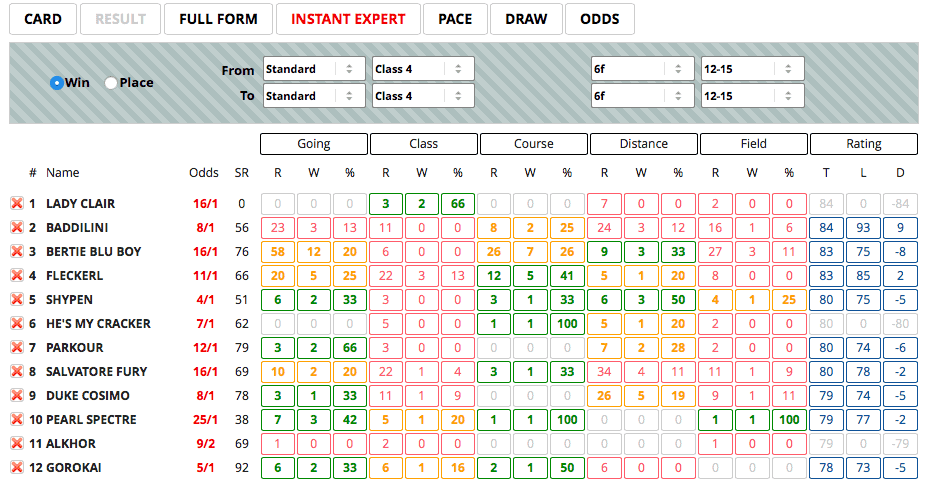 Leaders here have an excellent record with almost one in four going on to take victory, for a level stakes profit of 126.43.

Both Bertie Blu Boy and He’s My Cracker look likely to be right up with the pace, and as they are drawn nine and twelve, they may be able to pull each other along.

The other two runners that are usually handy are Baddilini and Shypen, drawn six and eight, so the majority of the pace in this race is going to come from mid to high numbers. 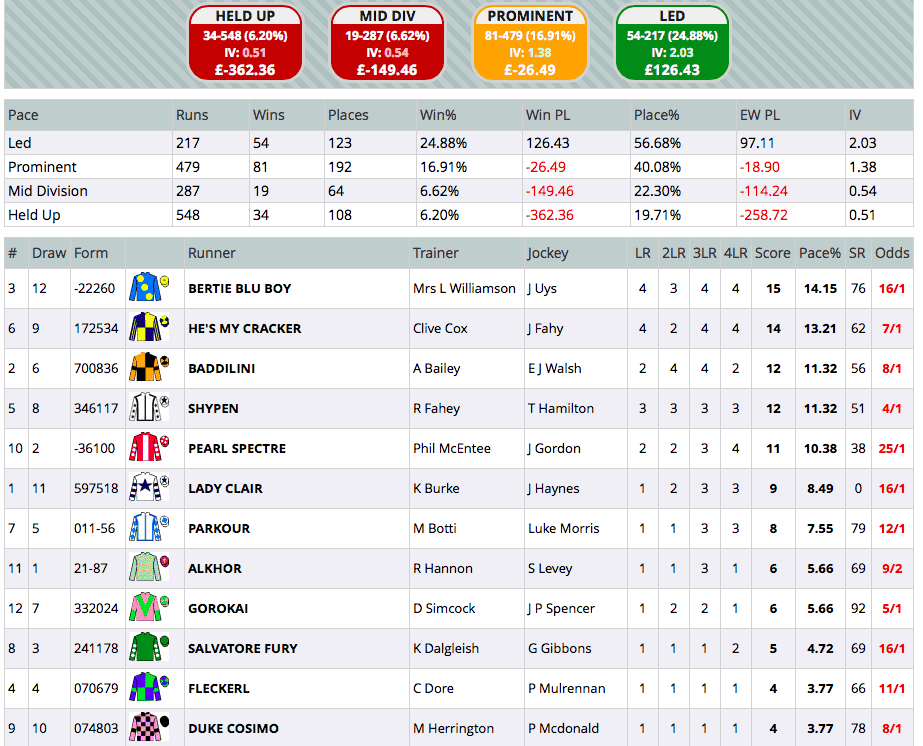 The Heat Map and Draw / Run Style Combinations highlight what we found out from the Pace tab, and that is that leaders have a definite advantage. Horses that lead and are drawn in the mid to high stalls have the best record, with the highest drawn coming out on top by a small margin. 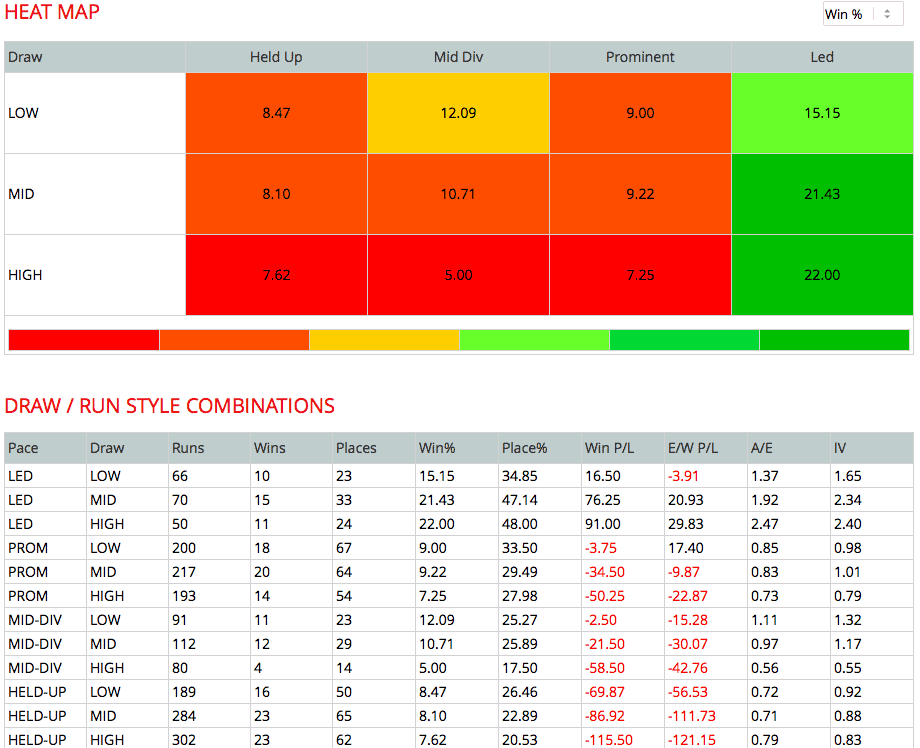