This is a wide open looking affair over six furlongs on the artificial surface at Chelmsford.

Dutch Golden Age is just the current favourite, and he is trained by Gary Moore, who has a very decent record here since racing began on this surface. He’s had 12 winners from 58 runners. However, even more impressively, half of all his runners have placed for a level stakes each way profit of 30.73. 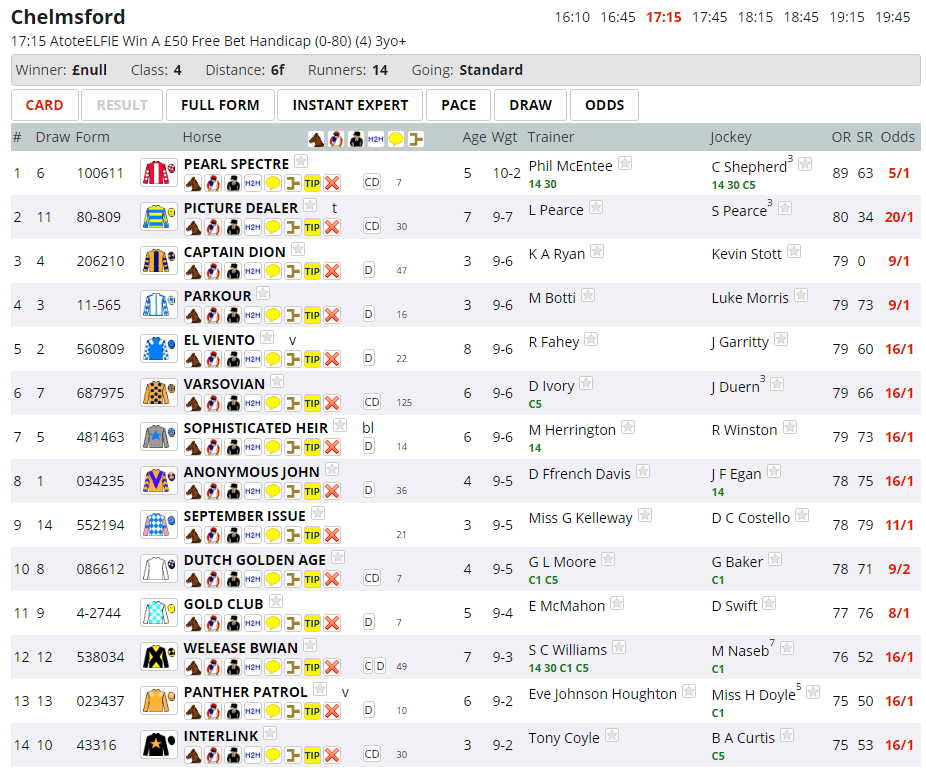 The Instant Expert tab is available for all users to view for every race on a Thursday.

Pearl Spectre has exactly what we are looking for on this report, a full line of green with plenty of races in the sample to back it up. He is chasing a hat trick here today and is up another four pounds for his latest victory, so will need to put in another top effort in this open race. He is clearly in good form though, as is his trainer Phil McEntee, who has excellent figures over the past month.

Varsovian also has respectable figures on this report, with three sections of green and one of amber. He has also dropped to a very attractive mark, and if running anywhere near his best now back on the all-weather he would have a good chance of at least making the frame, at a nice looking price of 16/1 currently. 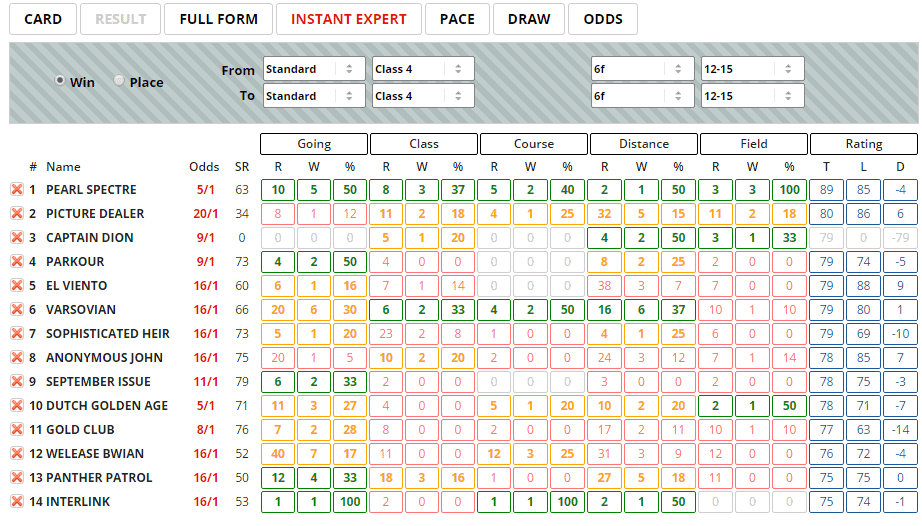 Getting to the front of the pace early on when racing here at this distance is a big advantage, with over 25% of early leaders going on to win the race. This group have also returned a level stakes profit of 213.37.

There are quite a few runners here that are usually right up with the pace, and Captain Dion is definitely one of those, as he had led in each of his last four races and has the highest ‘pace’ score in this field. He will not have it all his own way however, with several others likely to challenge him for the lead. 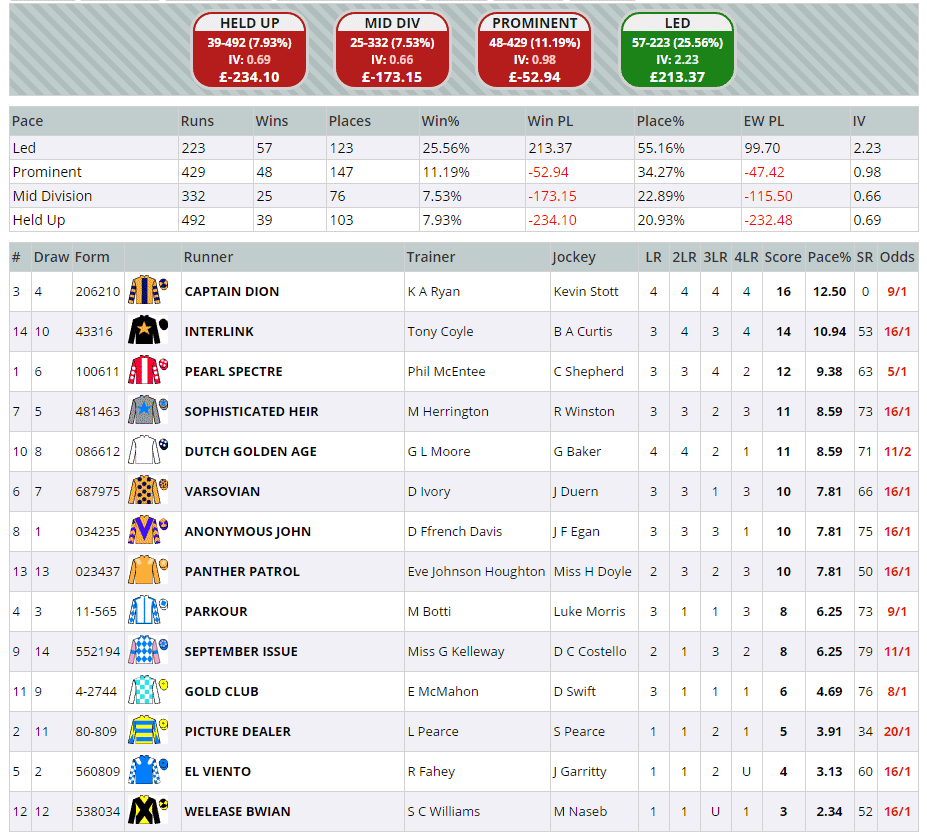 Low drawn runners have a definite advantage, as can be seen from the graphic below. They have placed 27 times from 75 runners (36%), which shows a real bias to the draw here. As can be expected, on the flip side of that, high numbers have a dreadful record with just one winner from 58 runners. 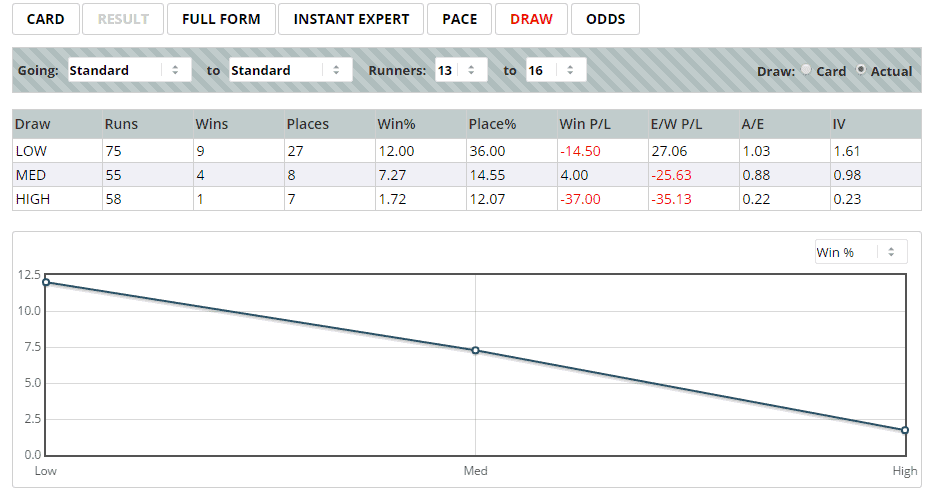 The Sire Snippets report highlights an interesting angle in respect of this race. Holy Roman Emperor has a very encouraging record with three year olds that he has sired. They have produced 60 winners (16.00%) and 139 places (37.07%) from 375 runners for level stakes profits of 111.94 and 101.21 respectively. As we can see from the below, Parkour is his runner is today’s race.