There is a nice line up for this three miles and two furlongs handicap chase at Prestbury Park, and it is wide open from a betting perspective.

Fergal O’Brien continues to be among the winners, he has ten from his last 41 runners for a level stakes profit of 20.39. He also has a very useful record here at Cheltenham over the past year, with five winners from 20 runners and a level stakes profit of 35.50. His usual jockey Paddy Brennan rides Theatre Guide in this, so Connor Shoemark is on his runner, Perfect Candidate.

Regal Encore, for Anthony Honeyball, has easily the highest Speed Rating with a mark of 166, but will need to recapture some form as he has been pulled up four times from his last five runs. 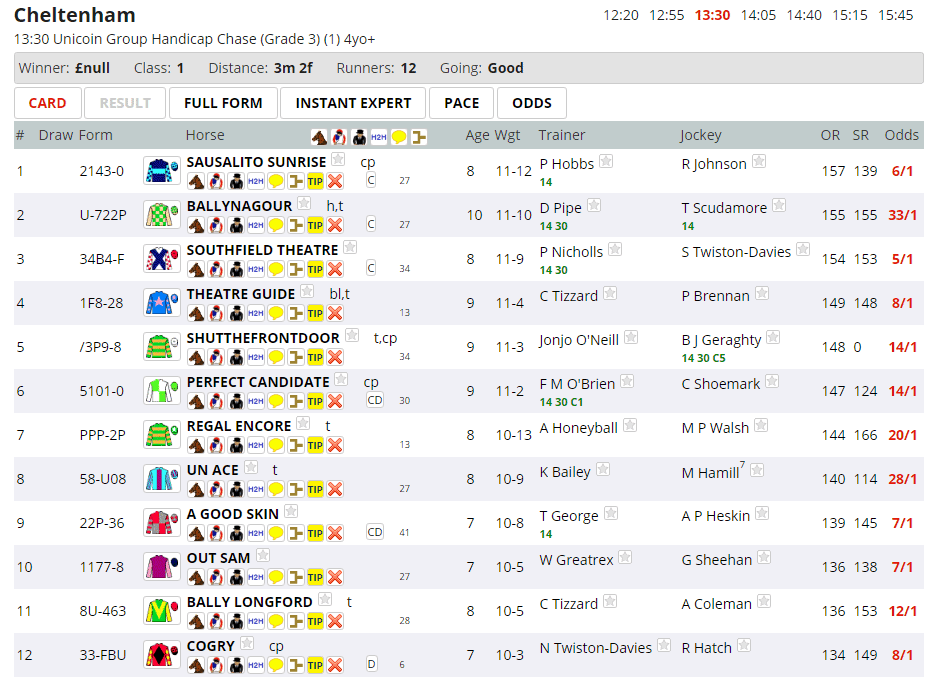 Shutthefrontdoor comes out easily the best on the Instant Expert tab, with four sections of green. He is also three pounds lighter than for his last victory, so a return to previous form would give him a shout at a nice price. He has never won here at Cheltenham however but has run well in the Grand National, so his stamina certainly isn’t a problem.

Perfect Candidate has won three out of his five races over this distance, and also a couple of times at the course. 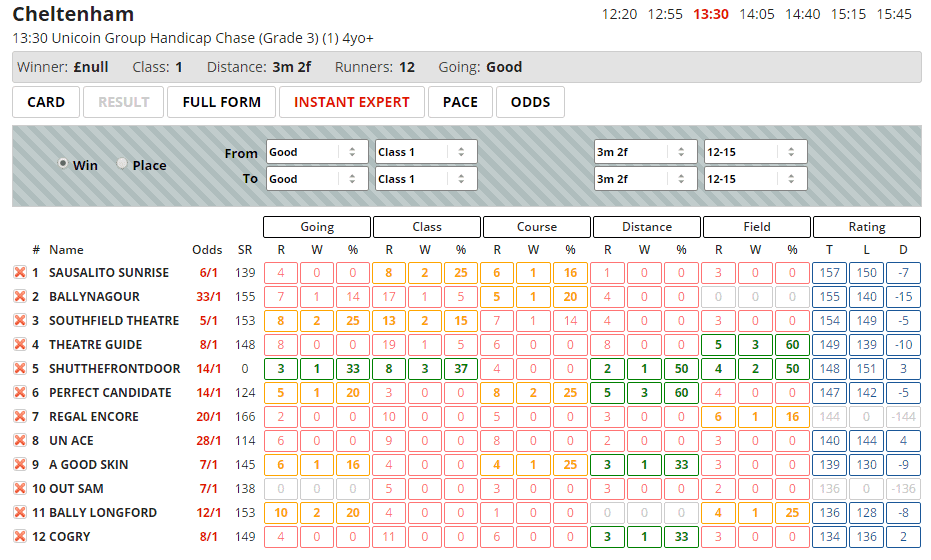 One in five runners that lead early on here over this distance go on to win the race, and they have produced a level stakes profit of 38.33 from 98 runners. This is a decent return for the distance.

Although Bally Longford has the highest ‘pace’ score, there doesn’t appear to be any confirmed front runners with the majority of the field usually prominent at best. This could mean there is no real pace early on, and it turns into a bit of a scramble up the hill. 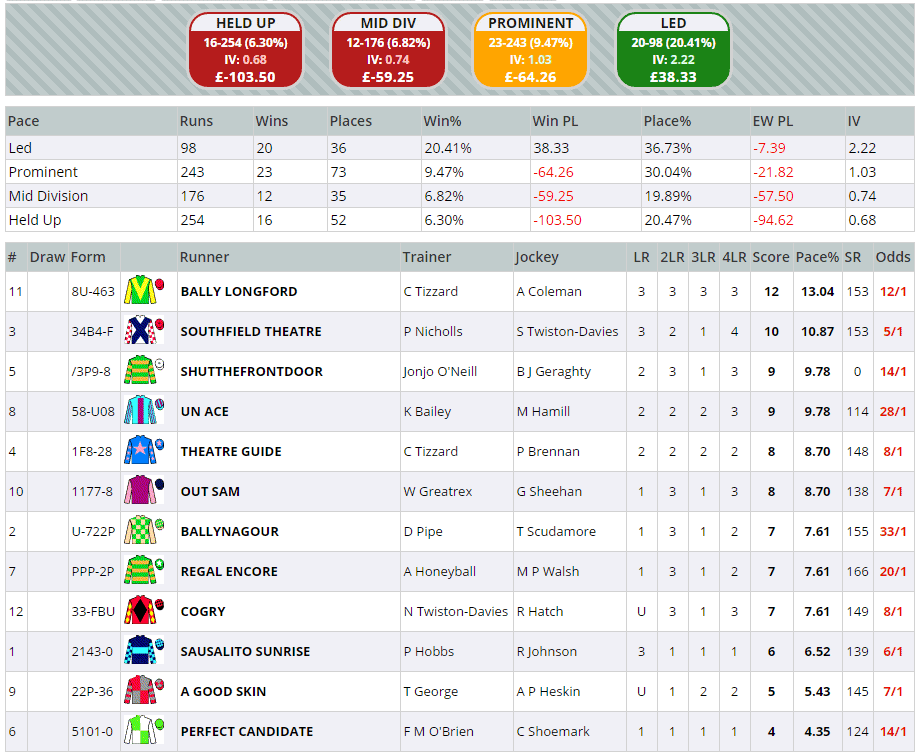 Perfect Candidate has a liking for Cheltenham, as can be seen from the Horses For Courses report (which is free to all users on a Friday). He has run here eight times, with two wins and three places for level stakes profits of 9.00 and 9.75 respectively.

Putting all of this information together makes him look a little overpriced at 14/1 and represents a bit of each way value.