A long distance handicap chase over three miles and nearly two furlongs for today’s Race of the Day, and a tricky looking contest to pick apart. 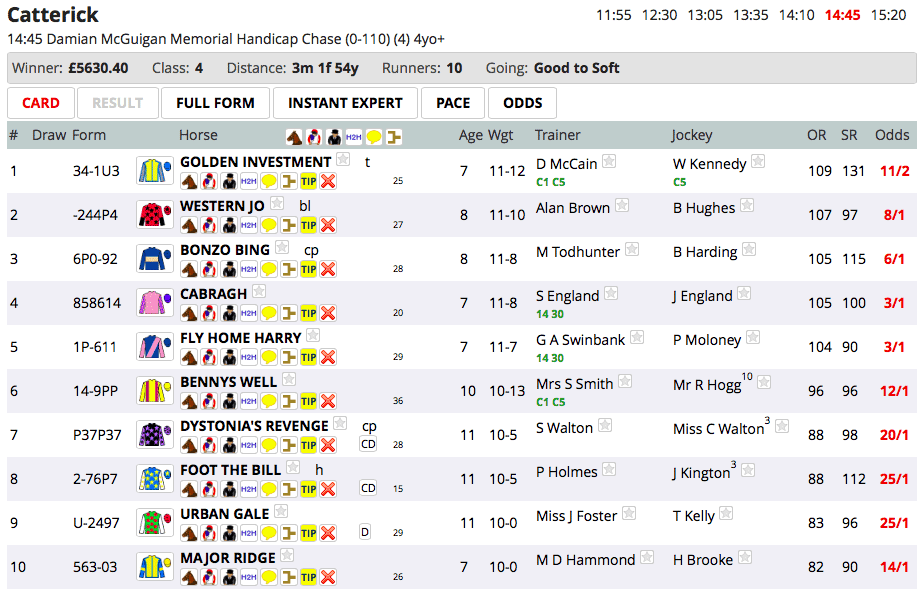 None of the runners show up particularly well on the Instant Expert tab, with a few sections of green and that’s it.

Fly Home Harry has two sections of green and one of amber, showing that he is reasonably well suited by the conditions today. He has never run at the course before, but interestingly he is 0-9 in this class of race. He is also eight pounds higher than for his last victory, so even though he is chasing a hat trick, he is going to have to have improved to take this one.

Bennys Well has been pulled up on his last two outings, however he is on a very attractive mark if he can rediscover some of his old form, and with three sections of amber he has won a few races resembling a lot of today’s conditions in the past.

Prominent runners rather than leaders have the best record here over this distance, with 26 wins from 158 runs (16.46%) and a level stakes profit of 9.69.

From looking at the pace tab it appears to definitely be beneficial to be right up with the pace, whether that be at the head of affairs or just in behind, as horses that run mid division or are held up have quite a poor record. 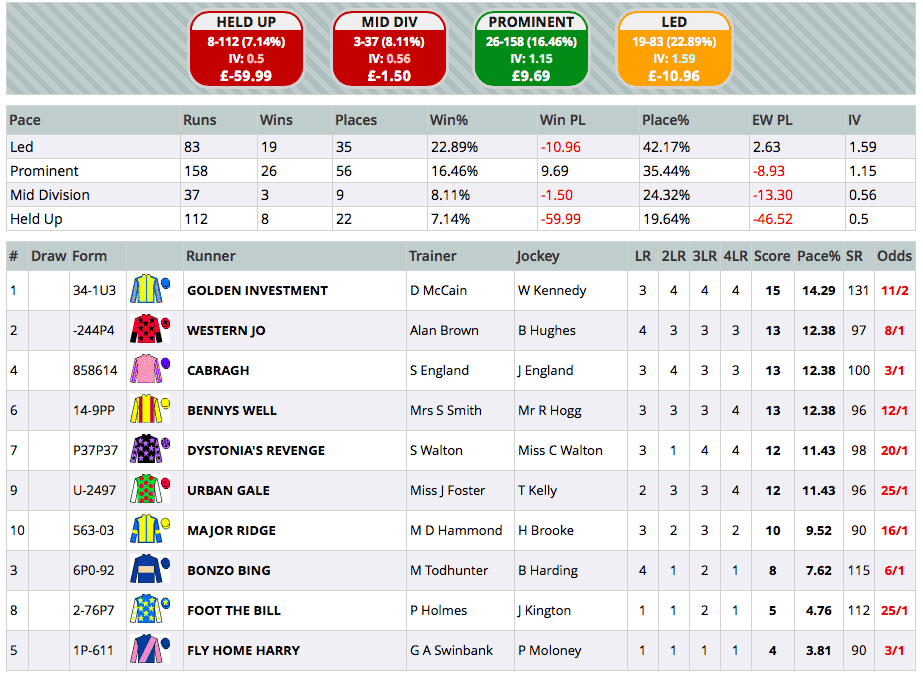 Trainer Statistics is one of my favourite reports, and it is free to all on a Wednesday.

An interesting angle is the record over the past five years at Catterick of Sue Smith. She’s had 20 winners (19.23%) and 42 places (40.38%) from 104 runners for level stakes profits of 43.30 and 47.82, which is a tremendous effort. She runs Bennys Hill here today, and although his current form looks way off, there is enough in the above to think he may prove to be a little bit of value at the current price of 12/1.