We start of the new year at Southwell on all weather track, and a one mile claiming stakes.

Marshgate Lane is trained by Neil Mulholland, and he does very well at this track. Over the past five years he’s had 18 winners from 82 runners (21.95%) for a level stakes profit of 23.48.  Marshgate Lane is the second highest rated in this field on the official ratings. 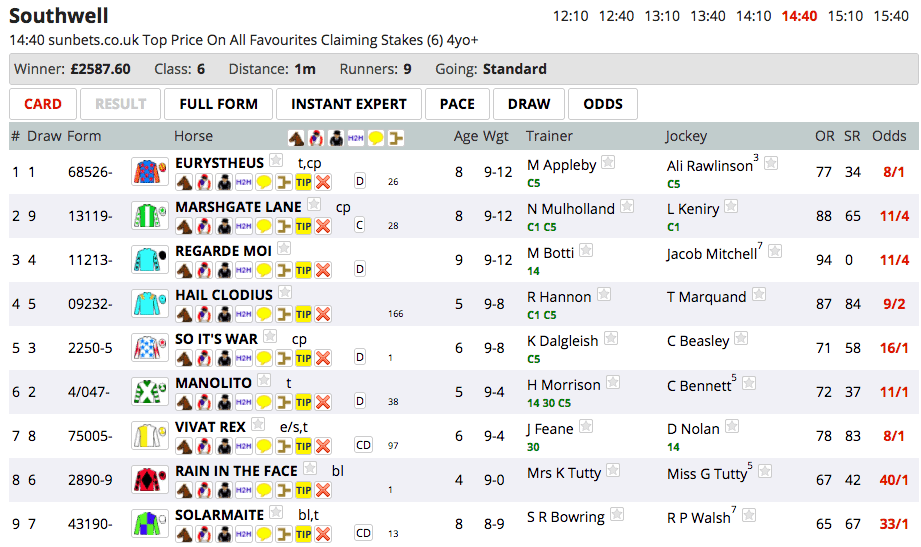 There are only a few sections of green from the entire field on the Instant Expert tab, which is to be expected from a race of this quality.

Marshgate Lane easily stands out at the most suited by today’s race conditions, with three sections of green and one of amber. He has no wins from three attempts at this distance, however it has been over three years since he last raced over a mile, and he’s won over nine furlongs a few times.

Vivat Rex is the only other runner in the race that has two sections of green, for the course and the distance. He is also second highest on the Speed Ratings, so potentially is a little overpriced at 8/1. 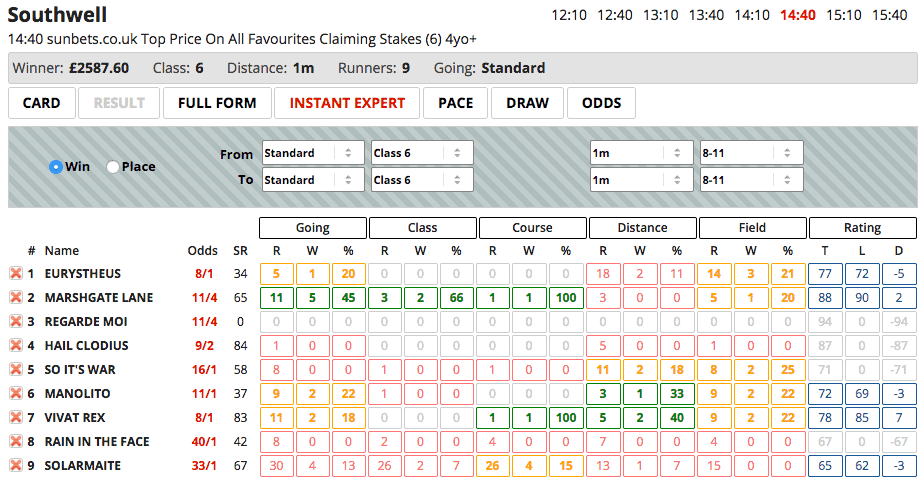 Leaders here over this distance have quite a useful record, with almost 16% of them going on to win their race, for a level stakes profit of 82.46.

One of the big outsiders, Solarite, is usually fast out of the stalls and looks likely to be right up there early on. He is drawn in stall seven, which is right next to Vivat Rex in stall eight, who is also likely to be prominent early. Therefore it appears the early pace in the race will come from the high numbers. 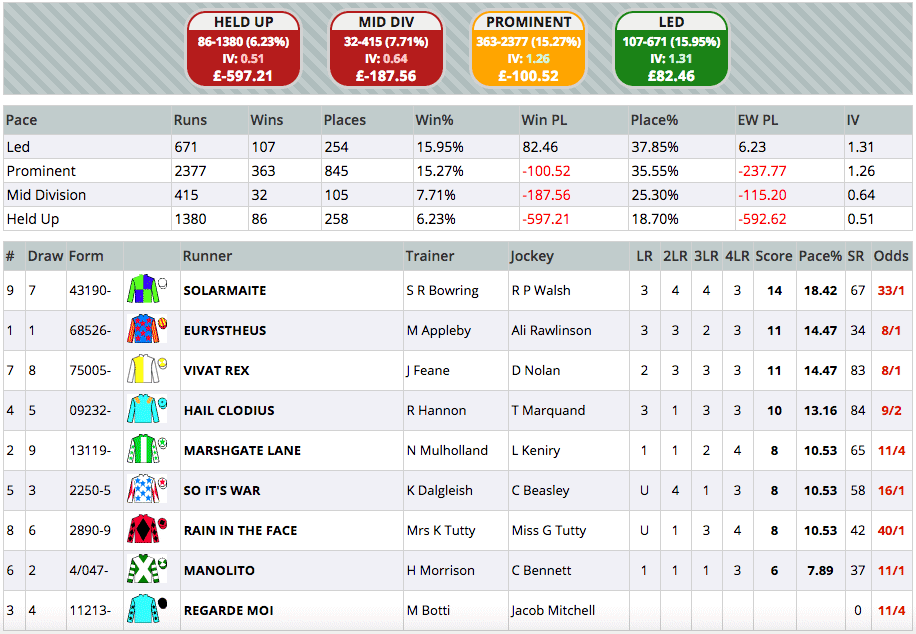 There appears to be very little advantage in the draw, with middle numbers shading the win and place percentages. However, this is only marginal and would not be enough to put me off backing a runner that I liked.