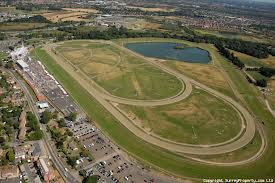 You’d better hurry. If you want to go to Kempton Park before the bulldozers move in as planned in 2021, there are only around 300 chances, writes Tony Stafford. If it’s jumping you want to see rather than all-weather, floodlit or otherwise, it’s somewhere around 45 meetings, based on the present fixture list.

It’s a funny thing about Kempton. While it’s going along in an untroubled, unspectacular manner, almost nobody loves it, but the minute its future is threatened, the over-my-dead-body brigade sharpen their metaphorical pencils.

Unless there are feet of snow or temperatures at around minus 5 Centigrade, meetings are rarely even threatened to be abandoned on the turf track, while during the now almost 11 years of its life as a Polytrack Flat circuit, it has become the venue for decent younger horses on the way up the ladder even if nobody is there to see them. Decent telly and bookmaker fodder nonetheless.

Now, though, the one-time Kempton Manor, first enclosed in the 13th Century and a racecourse since the 1870’s , is to be sold (the OMDB brigade notwithstanding) for housing. The overall 210-acre site is expected to realise around £100 million and initial plans are for 3,000 homes to be built.

Kempton’s owners, Jockey Club Racecourses, want to build, as replacement, an all-weather track at Newmarket as part of a £500 million group future investment. Unsurprisingly, the plans have brought extremes of opinion, with the OMDBs the more vociferous so far.

Anyone reading these notes will be aware that one of my main obsessions is with time. For instance, it has always intrigued me that if I project back the 87 years of age of my great-grandmother (who died when I was 11) before her birth in 1870, we’d get to 1783!

I first went to Kempton, on the old Hackney-based Fallowfield & Britten coach, picking up at Clapton Pond. The firm were actually taken over by George Ewer (Grey-Green Coaches) in 1952, but kept the old livery for a while. We certainly were regulars at the Easter meeting by the late 1950’s and the main recollection is crawling along in a great crocodile of coaches beside the retaining wall that goes all the way from the old Jubilee start 10 furlongs from home.

Another memory of those days is viewing from the stand at the top of the straight, a full three furlongs out and watching them flash by, then shaking my head when the end result was nothing like the order when they passed us.

It seems strange enough that there are two courses as close together as Kempton and Sandown Park, which is likely to be the main beneficiary of any Kempton closure as the expectation is for the King George VI Chase to be transferred there.

When you drive the seven miles from Kempton to Sandown, you pass within a short walk of another well-known track, the now defunct Hurst Park, which closed in 1962. Hurst Park was built on part of the old Hampton Court Racecourse (closed in the 1880’s) plus some extra land and staged the Victoria Cup, now at Ascot. I believe I saw the last running of that race, and for many years always told whoever would listen that I backed the winner, King of Saba. I did back it, but I found out recently it finished second.

The differences in the make-up of the two tracks – Kempton is Pancake flat, Sandown tight around the bends but stiff uphill at the finish – bother some observers who believe that the King George’s traditional nature will be lost.

A major bug-bear for me over the years has been the insistence, even among leading trainers, especially Nicky Henderson, Kempton’s major spokesperson, that Kempton is a notably sharp course. Non-stayers rarely win three-mile races there as they are usually truly-run, while the King George itself, with a high-class field and winter going is always a true stamina test.

I’ve had a lot of luck at Kempton, most notably with a horse called Tangognat. He lined up for his second start under Rod Simpson’s care for the three-year-old maiden on Easter Monday April 8 1985 after finishing third on debut in a Leicester claimer.

Starting 20-1 in a field of 10, he swept to the front two furlongs out and won by 20 lengths from Fire of Life, later winner of the Italian St Leger for Ian Balding. Four days later we went back to the track for a conditions race and won by 15 lengths, each time loving the rare (for Kempton) heavy going. After two flops on faster ground, he went on to win a couple of nice juvenile hurdles around Cheltenham before fast ground in the Triumph effectively ended his career.

In more recent times, Kempton has been a good winning venue for Ray Tooth’s horses, Fair Trade winning both over hurdles and in a jumpers’ bumper, in which now abandoned category, Cousin Khee was also successful. I can still picture Skeleton’s rocketing home, passing almost the entire field in the last furlong under Silvestre De Sousa while an always fond memory is of Lawyers Choice.

The late Pat Eddery trained this filly to win twice, at 16’s at Wolverhampton and then at 25-1 at Kempton in my first year on the Tooth team. She has since proved a diamond as dam of both Dutch Art Dealer and Dutch Law, the latter sold for 150k last autumn after a four-year-old campaign when he won £80,000 for his owner-breeder.

Dutch Art Dealer, now six, raced for the Paul Cole stable until changing hands for an almost unbelievable 3,000gns last backend. He had his first run for new trainer Ivan Furtado at Newcastle recently and bolted up off 80 and I reckon that even though 6lb higher, he can follow up back at Kempton tomorrow night.

I think of Chelmsford and Newmarket almost as my local tracks, but it is 45 miles to the old Essex Showground and 60 to HQ. Kempton, if I go the direct (thus traffic-strangling) route through Central London, is barely 20 miles away, and that was always the balancing factor as I strove to get there each night meeting a few years back when I was lucky enough to host the evening entertainment in the Panoramic Restaurant.

Kempton featured some talented performers in those days, along with excellent food and one of the regular and most admired singers had been a contemporary of Kate Winslet’s at stage school. She recalled the future star of Titanic was just “OK at singing and dancing, and a little better at acting”. Not much different from attitudes in racing among trainers and their relative abilities.

Those evenings were a highlight in my later incarnation. From those days, so many of the Kempton personnel have gone on to bigger and better things in Jockey Club Racecourses, notably Paul Fisher, who signed me up, and Amy Starkey, now the boss at Newmarket. Good luck to them. I’m sure they’ll shed a collective tear, like me, if and when their alma mater goes.