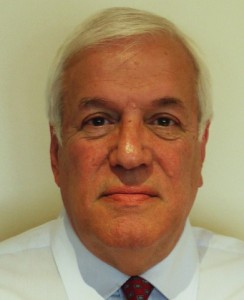 Blame it on the cricket yesterday morning, writes Tony Stafford (pictured), but without it I would have seen more of the very entertaining Attheraces Sunday Forum, hosted by the eminently sensible Sean Boyce with guests BHA Chief Executive Nick Rust and journalists Peter Thomas and Chris Cook, all three firmly on my racing A List.

Slightly flummoxed by attempting to plot the course of the white ball in Kolkata, I switched over and thought I was seeing something. The vision was of a white shirt on a big frame, red tie and up close, a sleeked back fair mane. What’s President Trump doing over here? But no, that was first Mr Rust’s white shirt and red tie, Mr Thomas’s blond locks. Meanwhile Mr Cook on the end had an even more luxuriant haircut than even the Donald, but clearly the wrong colour.

The main topic I managed to see was the errors made in the lead up to the original Jim Best disciplinary hearing and stiff sentence, and the internal soul-searching before the recent independent re-hearing and its perceived feeble penalty.

Even now the journalists seem to struggle with the concept that Nick Rust has been fundamental in ensuring correct procedure after the Matthew Lohn fiasco. And, to his credit, Rust held his ground in face of persistent but respectful journalistic prodding in the absence of a McCririck presumably. Obviously Rust is still luxuriating in the wake of the agreed (by Government) Levy Replacement scheme starting on April 1 which should safeguard racing’s finances and bodes well for future prizemoney levels.

Whether or not the issue of Kempton’s possible closure in 2021 was discussed [it was, Ed.], I heard an interesting side-bar on its replacement as an all-weather track by Newmarket. Apparently there is just as much opposition to the idea of taking lesser horses a few furlongs down the road to run on all-weather as to slog round the M25 to go the 100 miles each way with the even-money chance of long, irritating delays to Sunbury.

My horse whisperer passed on the news that John Berry, small stable Newmarket trainer and former mayor of the town, is apparently strongly against the idea. He (my correspondent) then reminded me of the general opinion of the Newmarket trainers when Newcastle, 240 miles distant, announced it would replace its turf Flat-race track with a Tapeta surface. They were strongly against that scheme, but as he says, since its inception, the town’s horseboxes have been making the odyssey in droves for most meetings, especially to farm the maiden races.

It doesn’t seem to matter either that rewards can be skimpy bearing in mind that expenses for horsebox travel these days are so stringent.
I remember when I was first just about old enough (so 1964) to go into betting shops there was a trainer based quite close to Newmarket in Ingatestone called Peter Poston, or P J as the formal racecards of the day billed him.

He had a two-year-old filly in his care called Pidgeon Toes and his practice was to load her up in his converted meat van – he supplied meat to Smithfield Market – usually with two or three other no-hopers and collected a travel allowance for them all.

Hence they would be sighted in Carlisle and especially Hamilton Park. Pidgeon Toes almost always was second or third favourite in weakly-contested affairs and was always a bet to nothing each way against the normal odds-on shot for a place, which in those days was a third the odds for five to seven runners. She ran up a sequence of seconds and thirds, I think with the odd win.

It was largely the realisation that the travel allowance was more important to P J than the prospect of some prize money and it ended soon after he did – his fault basically. No wonder the French owners love the fact that their runners in PMU-covered meetings get travel allowances, although each horse nowadays seems to have a limit against its name on the France Galop site.

An article in the Guardian in 1968 by the late (Sir) Clement Freud called Poston the £120 man – presumably that was the allowance. I found the small print on the Internet coverage too testing for my eyes, but strangely in the same publication 43 years later, Chris Cook also spoke about the man.
Elsewhere there is a report about Poston’s best horse, Heathfield, apparently the 25-length winner of Ayr’s Tennant Trophy after a series of wins and another carries the fact that he died in 1991, soon after the Racing Post’s arrival. Sadly the nearly-complete set of form books which weighed down the loft of my house in Hertfordshire until early in the last decade did not come with me to my reduced circumstances in East London. But the odd glimmer of those old days 50-odd years away remains in the back of the brain.

If I don’t go racing soon – this last weekend makes it four weeks in a row for various reasons – I’ll go mad, for all the excellence of the coverage by the three Channels. But the Tooth team will resume action with the Mick Quinn-trained Circuit at Lingfield on Wednesday, and the newly ramped-up RCA red tape permitting, I’ll be there to cheer her home (or somewhere near it).

The cold weather in the South stopped Ascot on Saturday and what seemed an excellent card might have persuaded me to make the effort other than a certain event in Tallinn, Estonia, which I could watch on my computer screen in its entirety.

It was called the Juna Cup, for adult ice skaters and it attracted competitors from many European countries, especially Sweden, Finland, Russia, Italy and Great Britain. My wife has been skating for just over three years, so it was with a mixture of pride and disbelief that I watched her win her class (Bronze1 – the level goes up to Silver, Gold and Masters) by a clear 11 points. Not bad for a first overseas tilt and now it will be all systems go for the British Adult Championships at Sheffield in May.