This is a Class 6 0-65 handicap over seven furlongs, on the all weather surface at Wolverhampton.

Fire Diamond is the favourite, and jockey Richard Kingscote has an excellent record here at Wolverhampton. Over the past year he’s had 27 winners (20.61%) and 51 places (38.93%) from 131 runners, for level stakes profits of 26.64 and 10.64 respectively. Trainer Tom Dascombe also does well at this course, and has been in useful recent form too. 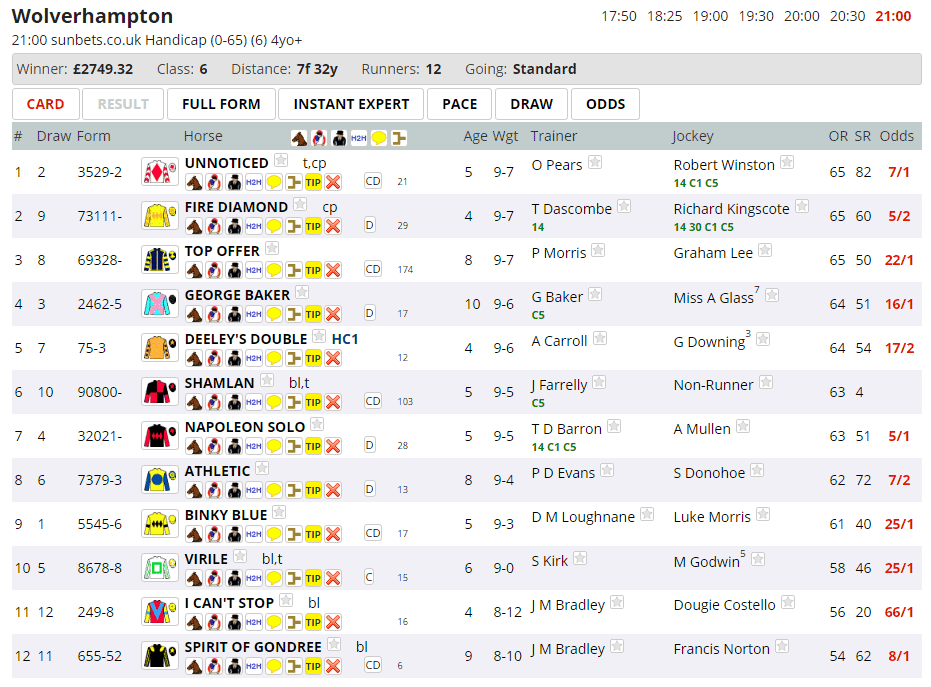 The Instant Expert report is free to all users for every race on a Thursday, and it provides an excellent snapshot of which horses are suited by the days race conditions.

Fire Diamond really stands out as he is the only runner in the field that has any sections of green. He almost has a full line with four green sections, but not having run at the course before scuppers that. He has handled this kind of surface well in the past however, and although he’s been raised another three pounds, he is chasing a four timer and is clearly at the top of his game. 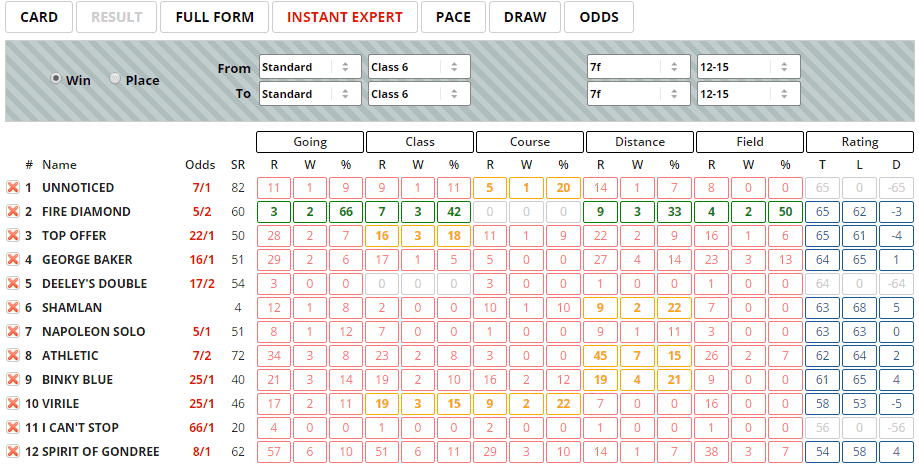 Leaders here over this distance have a good record, with almost 15% of them winning, for a level stakes profit of 140.92. Prominent runners are next best, with around 13.5% of them going on to take the victory.

Napoleon Solo and Unnoticed are both usually fairly handy early on and from the Pace tab they look likely to be fighting it out for the lead. They are drawn four and two respectively, and along with George Baker who is drawn three and another that is usually quickly away, means it looks very possible that the main pace will be among the low drawn numbers. 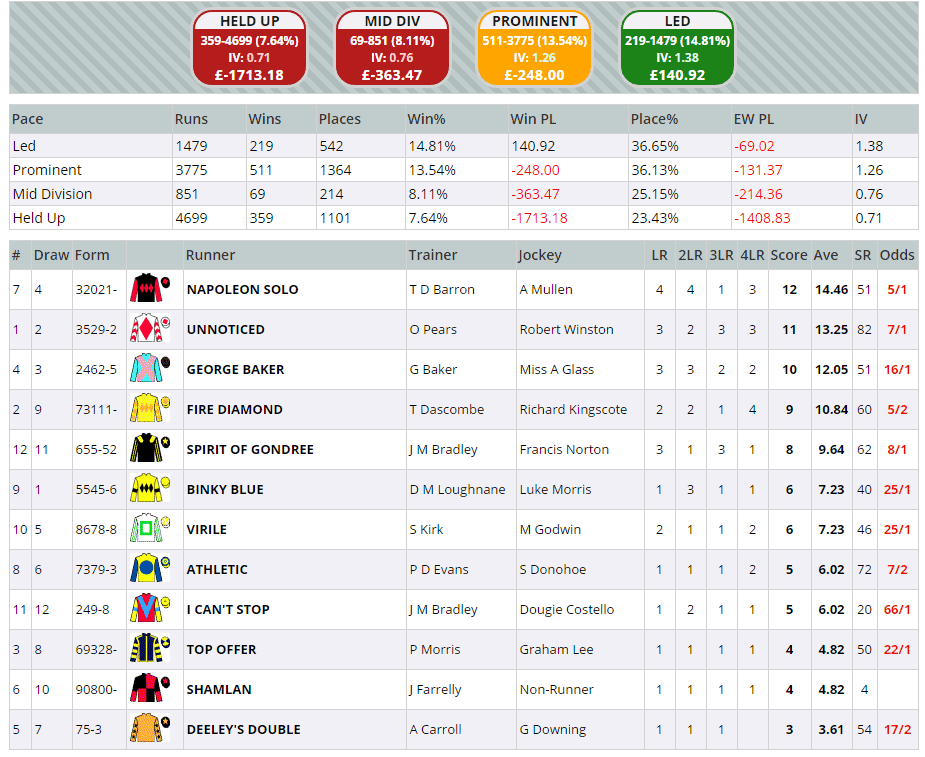