This is a five furlong dash on the all weather at Chelmsford, and it is a handicap for those rated 0-75.

Dream Farr is the favoruite at a current price of 5/2, and he won last time at Wolverhampton. That was over six furlongs however, and it’s interesting he drops back down to five furlongs after two unsuccessful attempts at this distance, where he appeared to get outpaced a little. He does have the highest Speed Rating by some way, which is particularly relevant when it is over the minimum trip. 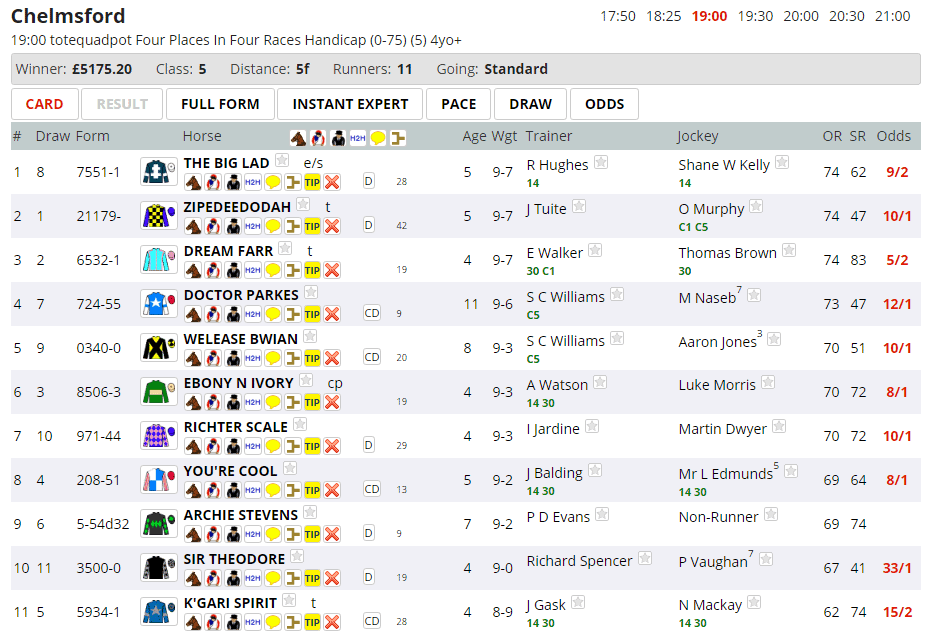 The Instant Expert report is free to all users for on a Thursday, and it shows that The Big Lad has almost everything in his favour here today for a big run. He has four sections of green, including being two from two at this distance. The only section that isn’t green is for the course, due to having never run here before. He has won on a variety of all weather surfaces though, so it is a safe enough assumption that he will take to this track just fine.

The Pace tab shows how important it can be to get an early lead here over this distance. Leaders have gone on to win the race almost a third of the time, for level stakes profits of 123.27.

Zipedeedodah and You’re cool are usually quite handy in their races, and The Big Lad has been ridden a lot more prominently is his last two races, both of which he won. Therefore I expect similar tactics from him again today, and wouldn’t be surprised to see him shoot into an early lead. 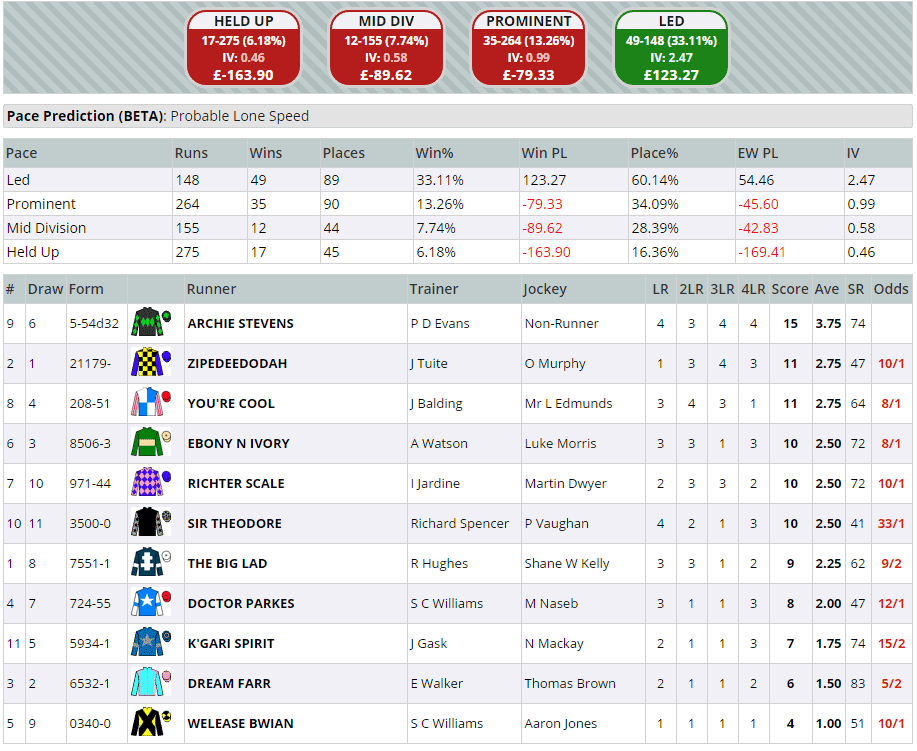 Horses drawn towards the middle of the stalls have the best record, with 13.25% of them winning and almost 29% getting a place. If there is a runner you like the look off, if it has the potential to get away quickly and is drawn towards the centre, then the stats are nicely behind them. 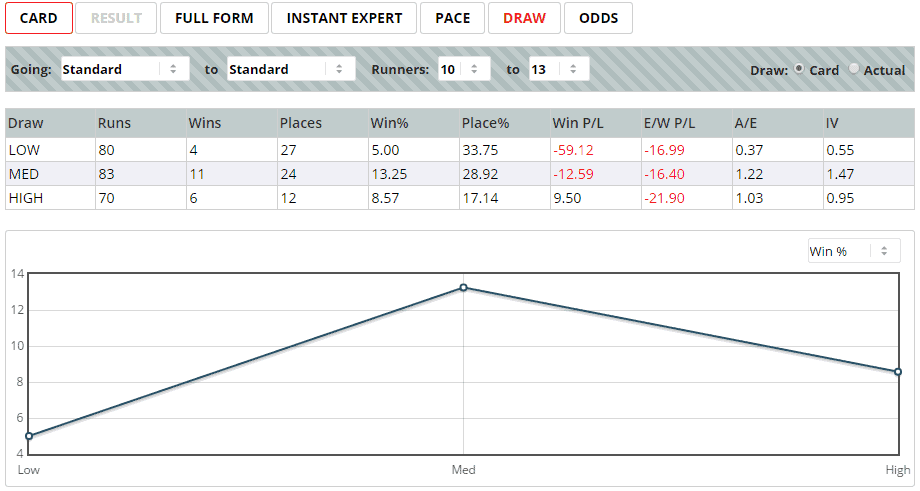 Stat of the Day, 2nd February 2017 Tough times for all bar one…
Scroll to top