This is a 0-75 seven furlong handicap on the all weather at Southwell, and with 13 runners, it is a wide open affair.

Alpha Tauri, trained by Charles Smith, has been running consistently of late, and is the highest on the Speed Ratings. Jockey Ben Robinson is a seven pound claimer, but he’s had success here at Southwell in the past. Over the past year he’s had two winners and five places from ten runners, giving him level stakes profits of 41.00 and 49.51 respectively. 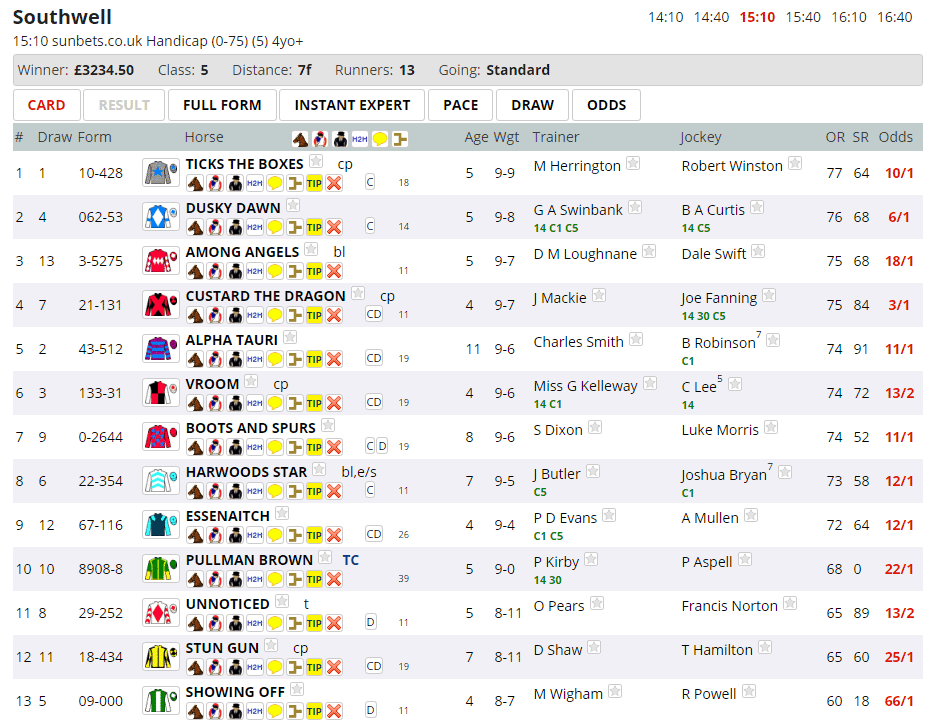 The Shortlist is free to all users on a Tuesday, and it is an excellent report for highlighting those runners that are very well suited by the racing conditions for that day.

Two runners in this race appear on The Shortlist today, Essenaitch and Custard The Dragon.

Essenaitch looks the best with a score of 11, having three sections of green and two of amber. He is currently priced at around 12/1, therefore is definitely worth a closer look, as there is potentially some each way value in his odds.

The Instant Expert tab furthers the case for Essenaitch, as there aren’t too many others that have more than one section of green.

Ticks The Boxes has two sections of green and one of amber, however he is a full ten pounds higher than for his last victory so will need to be right at the top of his game to figure here today. 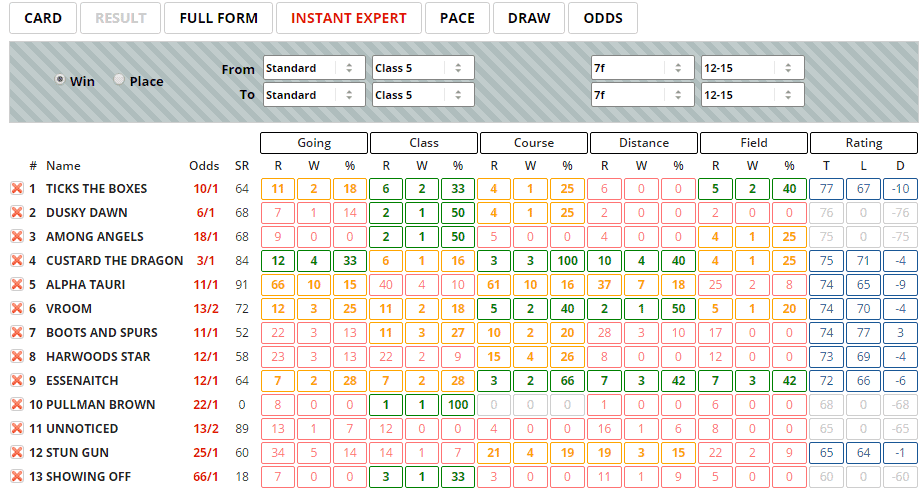 Runners that manage to get a early lead here over this distance have an excellent record, with 22.75% of them going on to win the race. This has produced a level stakes profit of 255.41 from a large sample, so there is definitely a bias here and it looks a tough course to come from behind.

Vroom, Boot And Spurs and Essenaitch all look likely to be right up with the pace as they are usually very handy. It looks most likely to be between them for the early lead from looking at the Pace tab, going on their last four outings. 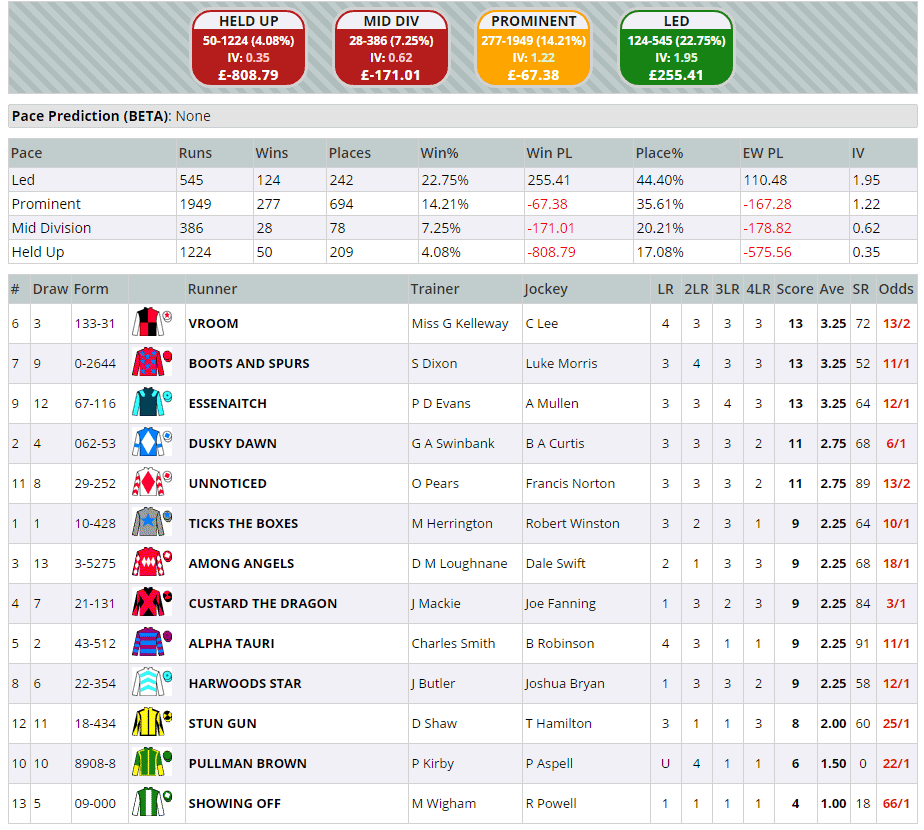