This is a one and a half mile handicap for those rated 0-105, and with almost £12k for the winner, it has attracted a very nice looking field.

Winterlude is at the top of the handicap, and he has Joe Fanning on board, who has been in very good form of late. He’s has 15 winners (26.32%) and 31 places (54.39%) from 57 runners, for level stakes profits of 20.08 and 24.50 respectively. Trainer Jennie Candlish has also been among the winners recently, and she has a useful record at the course.

Silvestre De Sousa rides John Reel, and he is a bit of a specialist here at Wolverhampton, winning over a quarter of his races here during the past year. 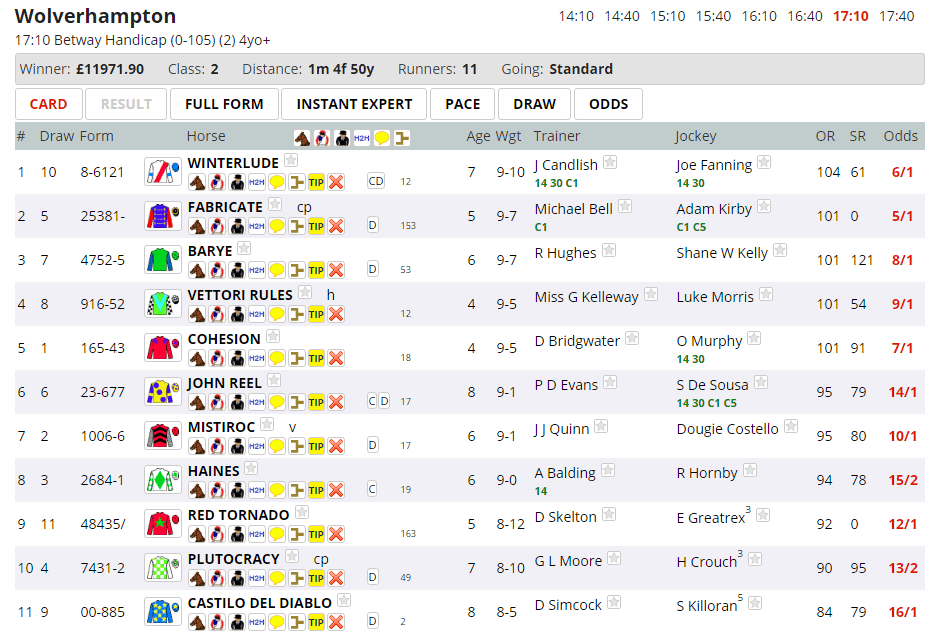 When looking at the Instant Expert tab, Winterlude really stands out. He has four sections of green and one of amber, proving that he is very well suited by today’s racing conditions. His figures are from quite a good sample of races too, so I think he has a very good chance of taking this. It should be noted that he is seven pounds higher than when winning last time out, but he’s in great form and looks capable of defying that raise.

John Reel has won two of his six races at the course, and at 14/1 he may be a little over priced.

Prominent runners here over this distance have the best record, but it isn’t by too much. From looking at the Pace tab there is no real bias, with horses that are held up having just a 2% lower strike rate than early leaders.

John Reel and Mistiroc look the likely leaders early on, and it wouldn’t be a surprise to see De Sousa take them along a quick pace and then try and steal it from the front. 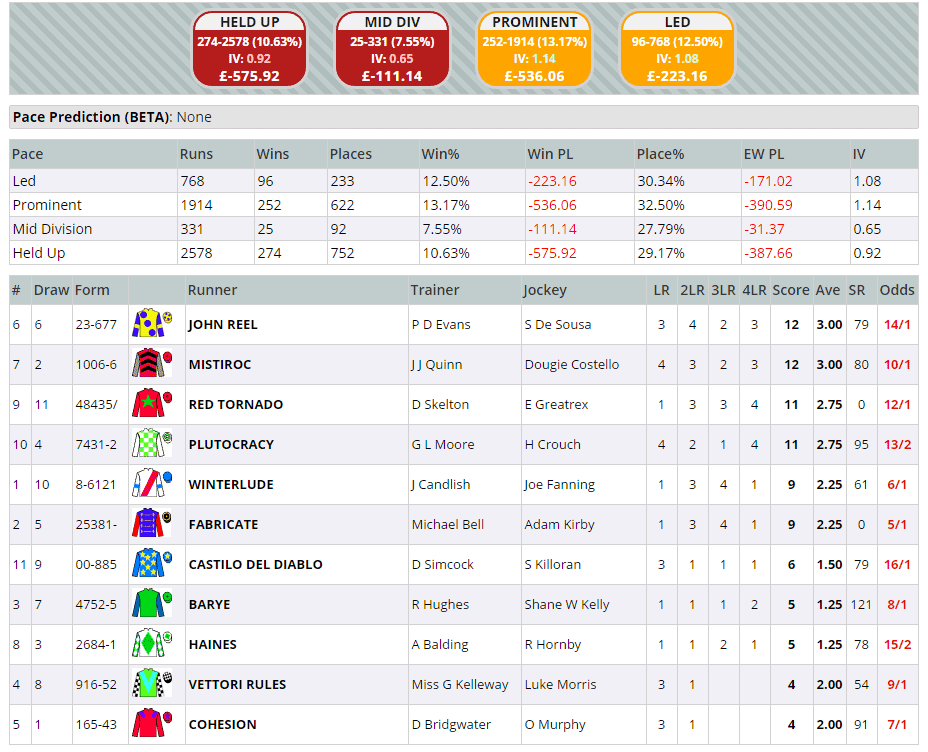