This is a 0-65 handicap run over just under nine furlongs on the all weather at Wolverhampton.

The current favorite at around 11/4 is Lucent Dream,  and he has a trainer and jockey that are both in very good current form. He was also a good winner last time out over course and distance, and looks likely to give a bold account of himself despite the four pound hike in the weights.

A further plus to his name is that he is joint top of the Speed Ratings with Spiritual Star, on a mark of 67. 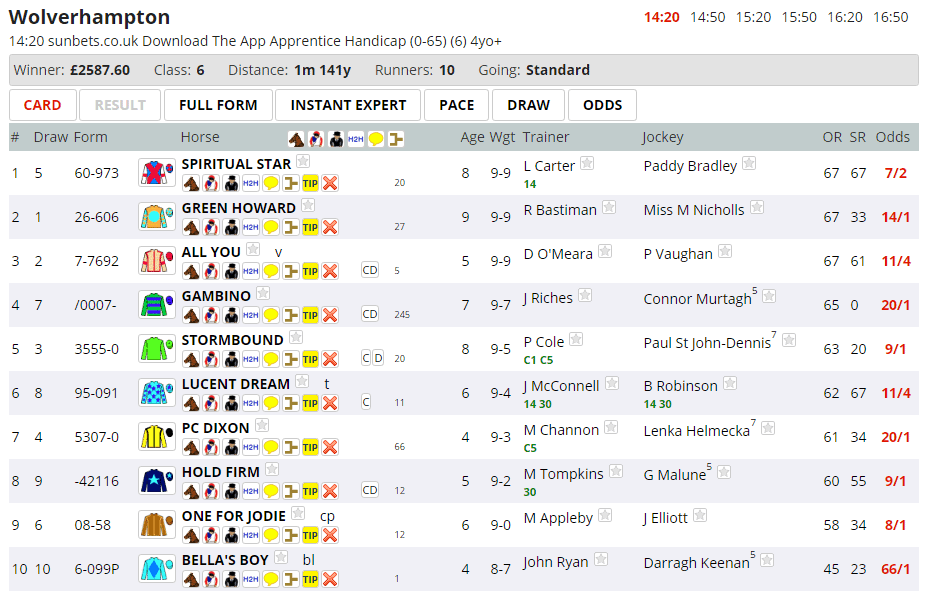 The Shortlist report is free to all users on a Tuesday, and one of the outsiders for this race is on there, when put on the ‘Place’ setting.

Gambino is currently a 20/1 shot, but he has a score of nine on The Shortlist, with two sections of green and three of amber.

The Instant Expert report shows why Gambino made it on The Shortlist, he has been very consistent in these conditions from a large sample of races. He is also two pounds lower than for his last victory, so if he shows any kind of form after a long break, he could prove a value each way play.

When switched to the ‘Win’ setting, Lucent Dream has two sections of green and two of amber, highlighting his credentials in today’s race conditions.

From looking at the Pace tab we can see that early leaders here over this distance have the best record. Over 15% of them have gone on to win the race, although these have returned a level stakes loss.

Hold Firm has easily the highest pace score based on the last four races, and he looks very likely to be at the head of affairs early on. A lot of the rest of the field like to be held up, so he may well get quite a soft lead. 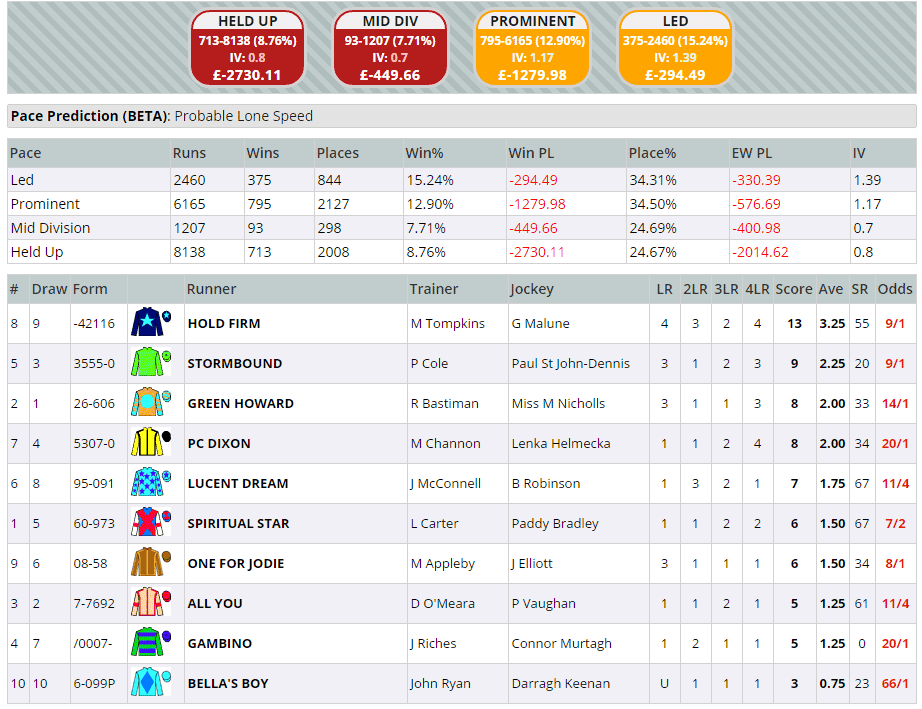