This is a five furlong dash on the all weather at Wolverhampton, and with an evenly looking matched eight runners, this is a wide open race.

Bahango is the current favourite at around 9/4, and he has the claimer Lewis Edmunds on board, who has a very good record here at Wolverhampton. Over the past year he’s had eight winners (29.63%) from 27 runners for a level stakes profit of 3.48 points. He has also had a couple of winners over the last few weeks too. 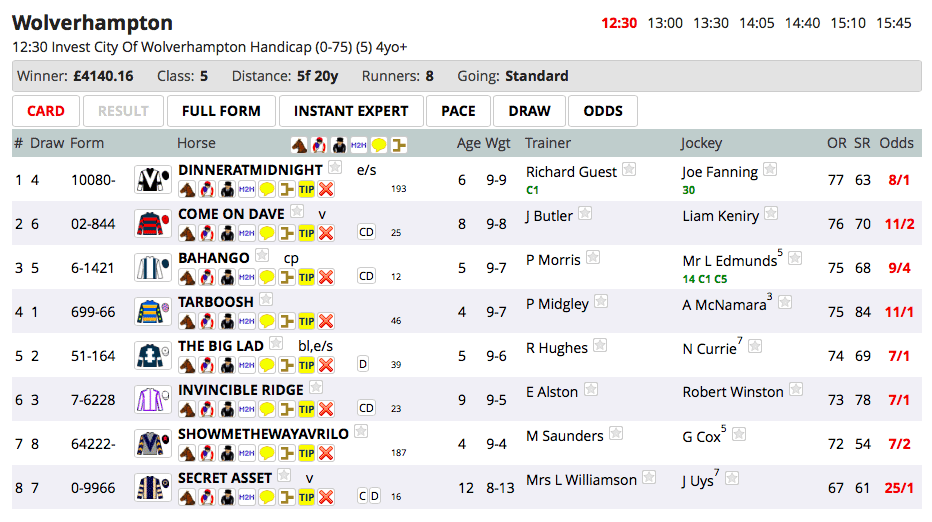 The Big Lad looks very good when looking the Instant Expert report, as he has three sections of green and one of amber. He hasn’t raced here at Wolverhampton before, however he has recorded wins at Lingfield, Southwell and Kempton, so the assumption that he will handle the track here, is a fair one.

Come On Dave has slipped down the weights a little and is actually six pounds lower than for his last win. He has two sections of green and two of amber, so the conditions appear to be in has favour today, so a big run isn’t out of the question.

As would be reasonably expected, leaders here over this distance have a decent record, with over 22% of them going on to win the race, for a level stakes profit of 518.43.

There is no real confirmed front runner in this field, however both Come On Dave and Showmethewayavrilo have both been fairly prominent in the past and have the highest pace score based on the last four runs for each horse. 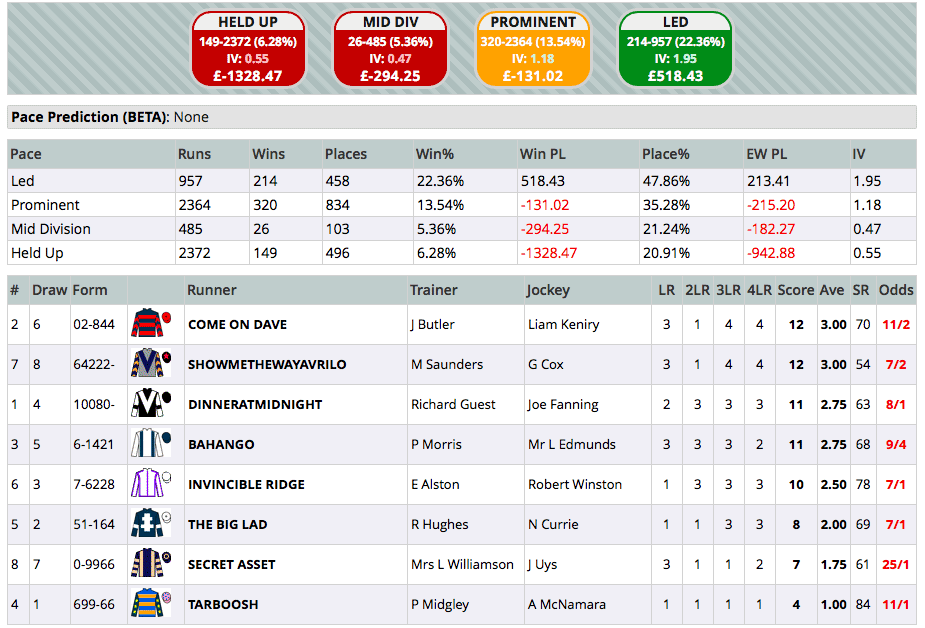 The Draw report shows that the higher drawn the runner is, the more disadvantaged they are, as there is a definite bias towards the lower drawn horses. 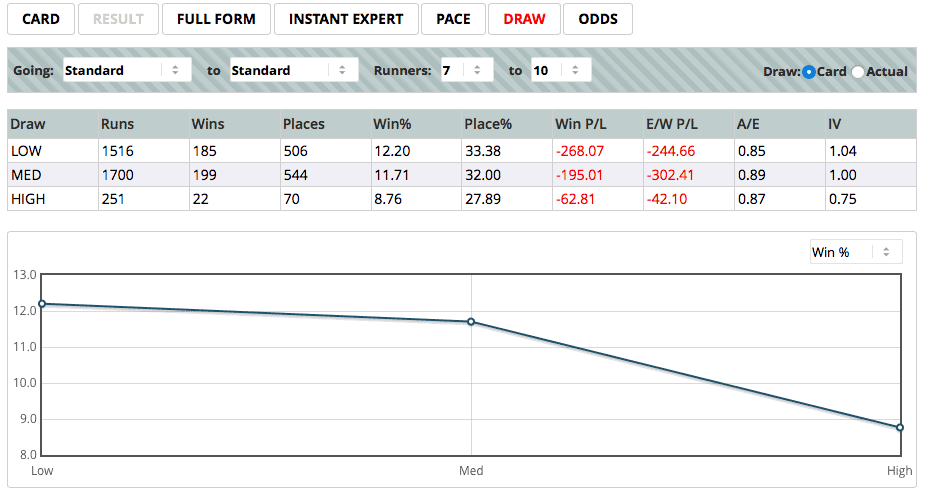