This is a fillies and mares five furlong dash, and it’s a good quality Listed race.

Ostatnia is a mile clear on the Speed Ratings with a mark of 119. The next closest are Blithe Spirit and Imtiyaaz on 97. Ostatnia has been running consistently, but hasn’t managed to get her head in front since last August, which was on soft going at Tipperary. She has won on good to firm previously however, so looks quite versatile ground wise. 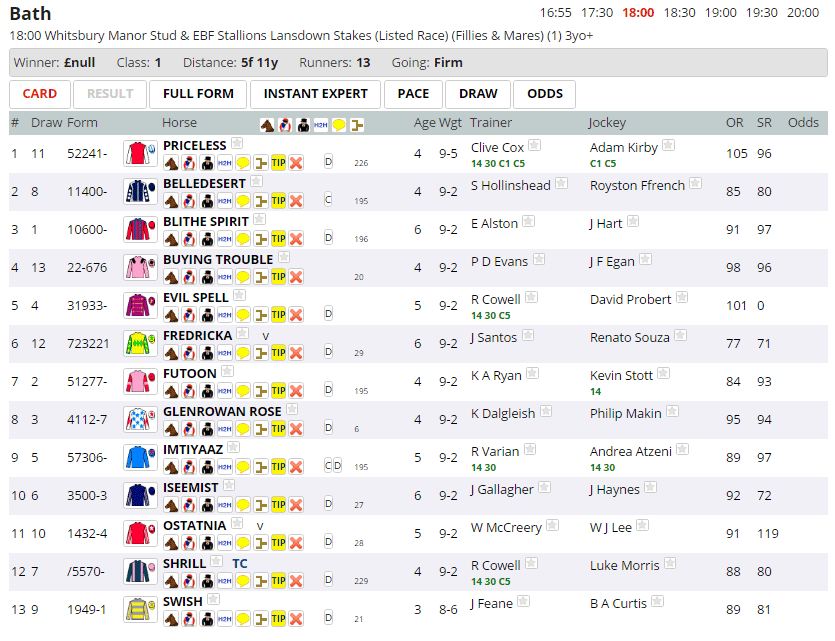 There aren’t too many sections of green when looking at the Instant Expert report, but Belledesert does have three sections. She hasn’t however won over this distance, or on her one start in this class of race. She is also five pounds higher than for her last victory, so would appear to need a very special performance to figure here today.

Imtiyaaz has two sections of green, including being one from one here at Bath. 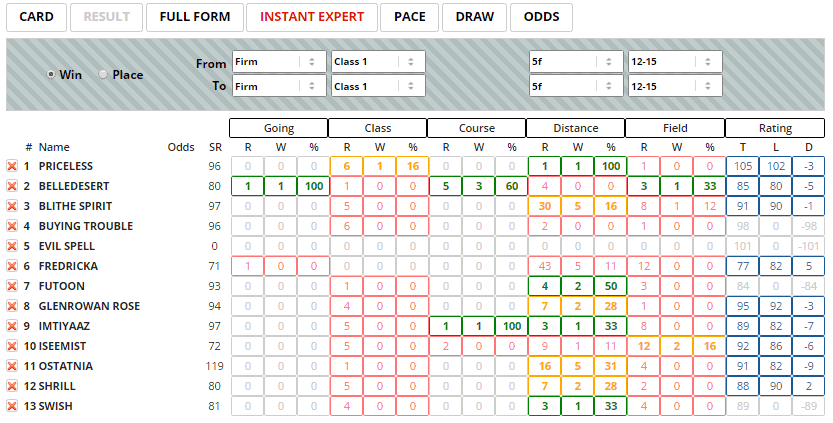 From the Pace report we can see that early leaders here have a very good record, with almost a quarter of them going on to win the race, for a level stakes profit of 90.56. This is a really strong bias, as could reasonably be expected for the minimum trip, and means it pays to concentrate on the likely early leaders.

Priceless is very often towards the head of affairs, and she has the highest pace score based on the last four races of each runner. She is drawn in stall 11, so not right on the extremities, and if she gets away well then I think she may prove hard to peg back. 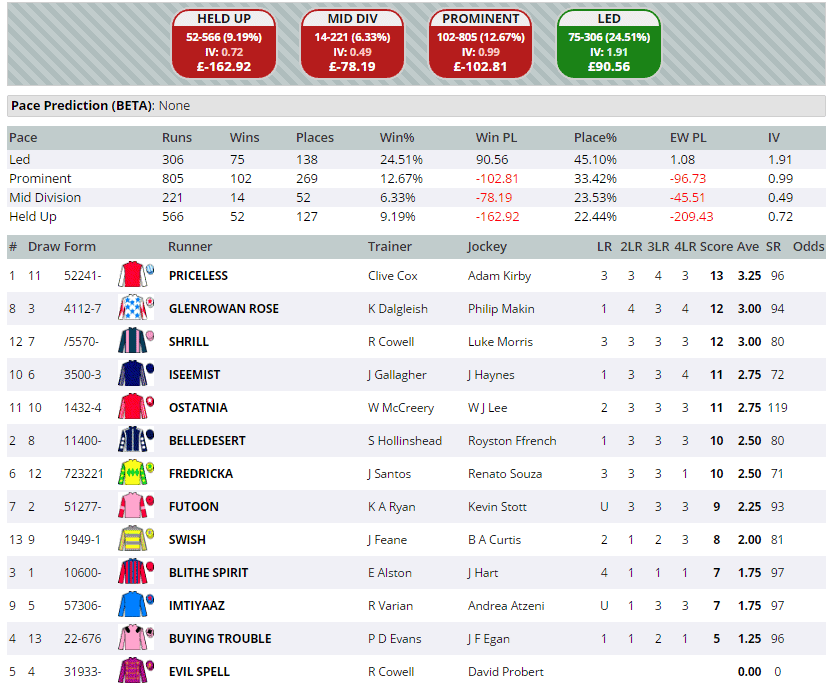 Horses For Courses is the report that is free to all users on a Friday, and it shows what an excellent record Belledesert has when running here at Bath. She has three winners (60%) and four places (80%) for level stakes profits of 20.50 and 28.60.