A wide open five furlong sprint at Doncaster for Race of the Day, and although tricky, it’s a nice looking race.

Bashiba is ridden by Silvestre De Sousa, and as well as being in very good current form, he has a very useful long term record here at Doncaster. Over the past five years he’s had 27 winners (17.31%) from 156 runners for a level stakes profit of 4.29.

A few of this field are very tightly grouped on the Speed Ratings, with Pea Shooter just coming out on top with a mark of 83. He is one of the longer priced runners at 20/1, so may be worth a closer look to see if he has much else in his favour. 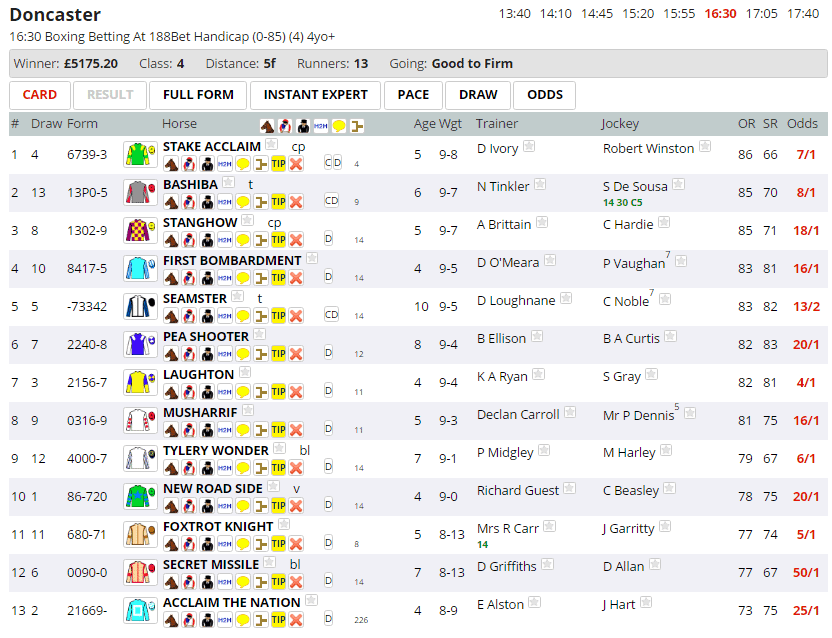 No runner has more than two sections of green when looking at the Instant Expert report.

Laughton is one of these, with very good form over this distance, and when the ground is riding good to firm. He is just the three pounds higher than for his last win, which was at Goodwood last year in a better handicap than today’s race, therefore if stripping fitter for his recent run at Recar, he must go close. 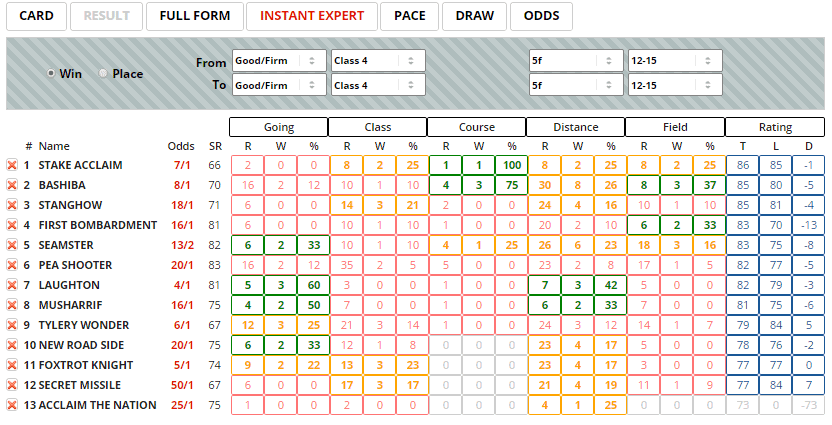 Although leaders here over this distance have the best record, it is notable that it’s not by much. Usually over the minimum distance they have a distinct advantage, however just under 13% of them have gone on to win the race, for an overall level stakes loss.

Stake Acclaim has the highest pace score, and looks the most likely to be first out from the stalls. A few of the other runners have lead races over their past four runs, so this has the potential to be quite a strongly run race. 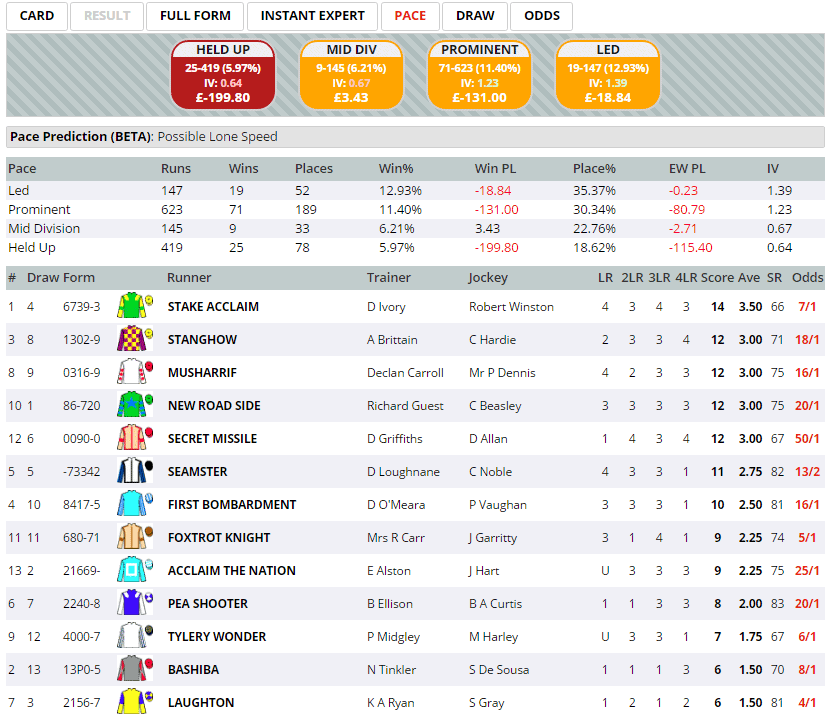 Horses For Courses is the report that is free to all users on a Friday, and here it highlights what an excellent record Bashiba has here at Doncaster.

He has raced here four times and won three of them, for a level stakes profit of 23.50. His most recent win here was last summer, when the going was the same as today and over today’s distance. With De Sousa on board, I think he may be a little overpriced at 8/1.