This is a six furlong handicap on good ground at Windsor, for horses rated from 0-70.

Viva Verglas has been in useful form so far this year, winning a couple of races over this distance on the all weather at Southwell, and putting in a couple of decent performances subsequent to that, from his current mark. His trainer, Daniel Loughnane, has also been in good form and over the past 14 days he’s had four winners (25%) from 16 runners for a level stakes profit of four points.

The current favourite is Panther Patrol, who is trained by Eve Houghton. He stands out as having the highest mark on the Speed Ratings, with a score of 79. 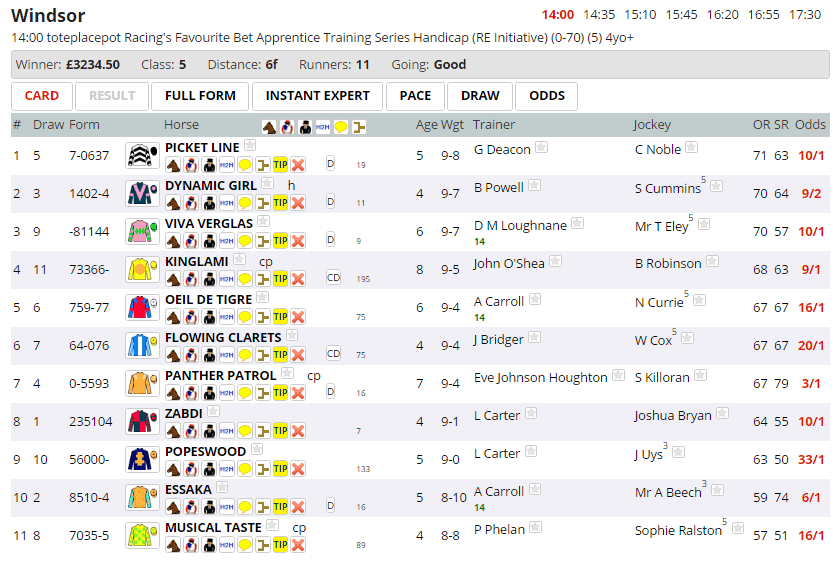 The Instant Expert report has very few sections of green on the ‘Win’ setting, but when switched to the ‘Place’ setting, we can see that Dynamic Girl has two sections of green and three of amber, showing that she is quite well suited to today’s racing conditions. She is four pounds higher than for her last win, however she was a very good second over course and distance last year, and that was from a two pound higher mark than today’s. Therefore, I think she has a very good chance of making the frame, at least.

When looking at the Pace report we can see that leaders here over this distance have easily the best record, with 17.26% of them winning the race, for a small level stakes loss.

Zabdi is a confirmed front runner and based on the last four races for each horse, it appears very likely that as long as he breaks well, he will be taking them along early doors. 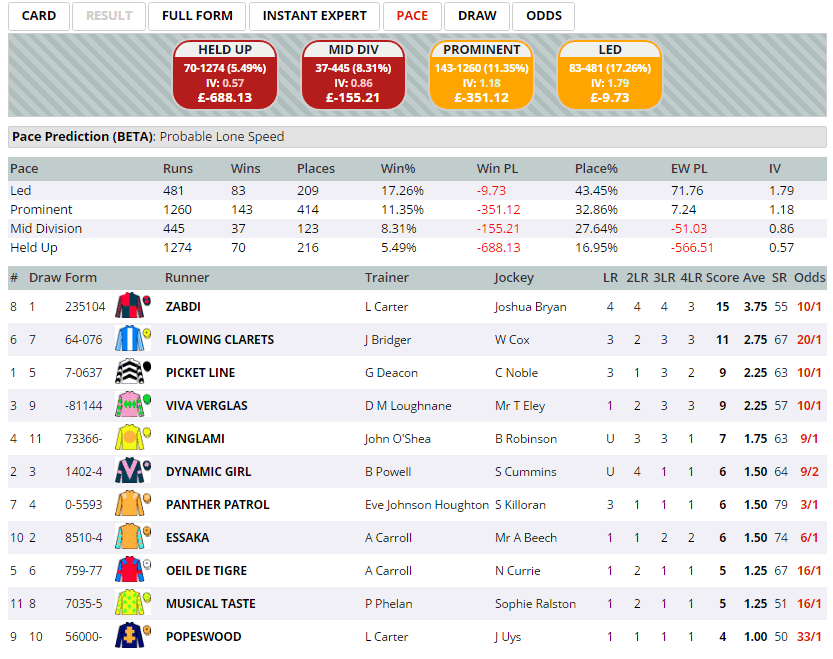 The Sire Snippets report shows what a brilliant record Holy Roman Emperor has with flat runners on turf. He’s produced 113 winners (13.12%) from 861 runners, for a level stakes profit of 108.67. Dynamic Girl is one such runner here today, I think she has a useful chance in this, and is overpriced a little at 9/2.