This is a good looking handicap being run over a mile, on good to firm ground at Carlisle.

Pumaflor is quite a long way clear on the Speed Ratings. He has a mark of 91, with Michele Strogoff being the next closest on 78. His jockey, the five pound claimer Phil Dennis, has been in useful form over the last couple of weeks, and has recorded three winners.

Ravenhoe is at the bottom of the handicap, he is trained my Mark Johnston, and ridden by Franny Norton. Norton has a good record here at Ripon, as over the past year he’s had four winners (28.57%) and nine places (64.29%) from 14 runners, for level stakes profits of 1.75 and 10.00 respectively. 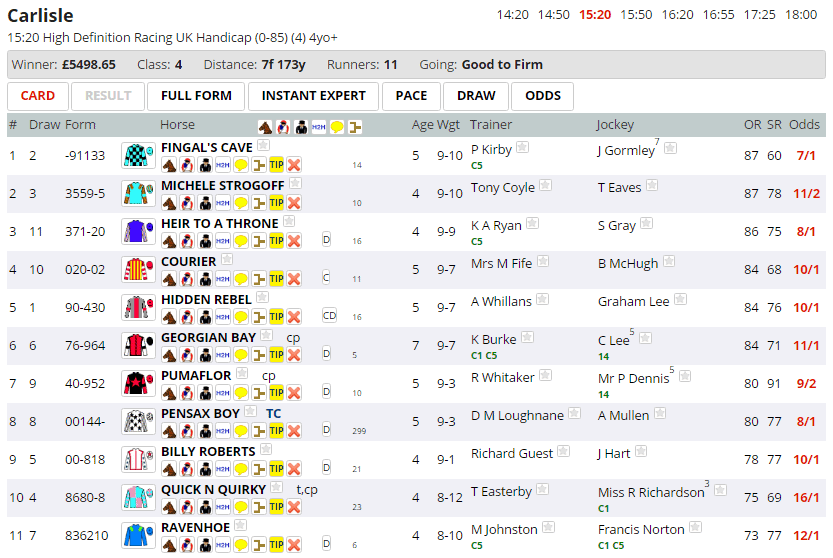 With the Instant Expert report on the ‘Place’ setting, Hidden Rebel shows up very well. He has four sections of green and one of amber, which shows he is very well suited by the racing conditions here today. He is just the four pounds higher than for his last win, and drops down in class quite significantly today, having raced in a 0-100 handicap last time out.

Fingal’s Cave also looks very good on this report, as he has four sections of green as well. He’s never raced here at Ripon before, so has just the one section of grey. He is really at home on today’s going and over the distance, so I would expect a good run from him and he has definite place claims.

When looking at the Pace report, we can see that early leaders here over this distance have an excellent record, with 24% of them going on to win the race for a level stakes profit of 70.90.

Both Courier and Ravenhoe are usually front runners, and have the highest pace scores in the field, based on their last four races.

A lot of the runners in this field like to be quite handy, which means this could be a very strongly run race, and would open it up to those that have the stamina to stay at least this far. 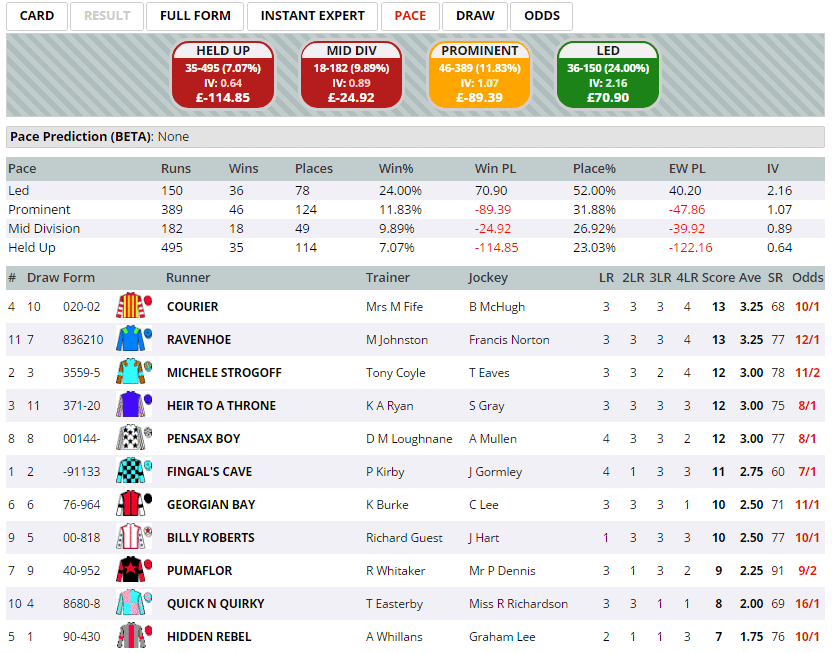