This is a very nice looking handicap for those rated 0-105, being run over seven furlongs.

The John Gosden trained Castle Harbour is at the top of the handicap, and has been running in some useful races. Gosden has a very good record here at Goodwood, as over the past year he’s had six winners (33.33%) and ten places (55.56%) from 18 runners, for level stakes profits of 1.13 and 0.09 respectively. Together with jockey Frankie Dettori, they have been in excellent current form as well.

Gossiping has been extremely consistent of late, winning four of his last six races (albeit in a lower class of race), and he tops the Speed Ratings with a mark of 114. If he can cope with a further rise in the weights, then he could be a big player, even in this better class of race. 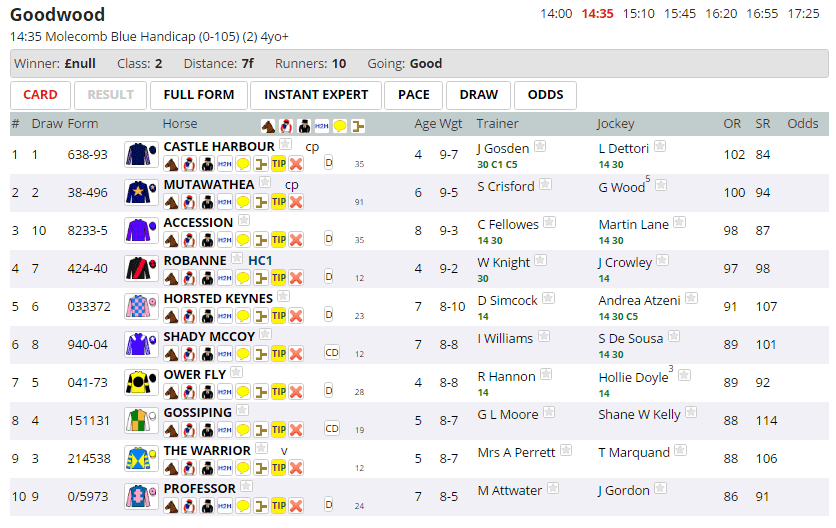 The Instant Expert report is available to all users for every race on a Thursday, and it shows us that Shady Mccoy is very well suited by today’s race. He has four sections of green including two wins here at Goodwood, and is just the two pounds higher than for his last victory.

Gossisping also comes out well, with three sections of green and two of amber. He is the only other runner in this race to have recorded a win at the course, and as mentioned above, is up three pounds for his latest win.

The Pace report shows that early leaders here over this distance have a good record, with 17.21% of them going on to win the race, for a level stakes profit of 22.81. Trying to fight your way through the field can often pose a challenge at Goodwood, therefore early position can prove important.

Mutawathea and Ower Fly have the highest pace scores based on the last four races for each runner, and with both being drawn on the low side, they have a very good chance of grabbing a great early position and being able to dictate things. 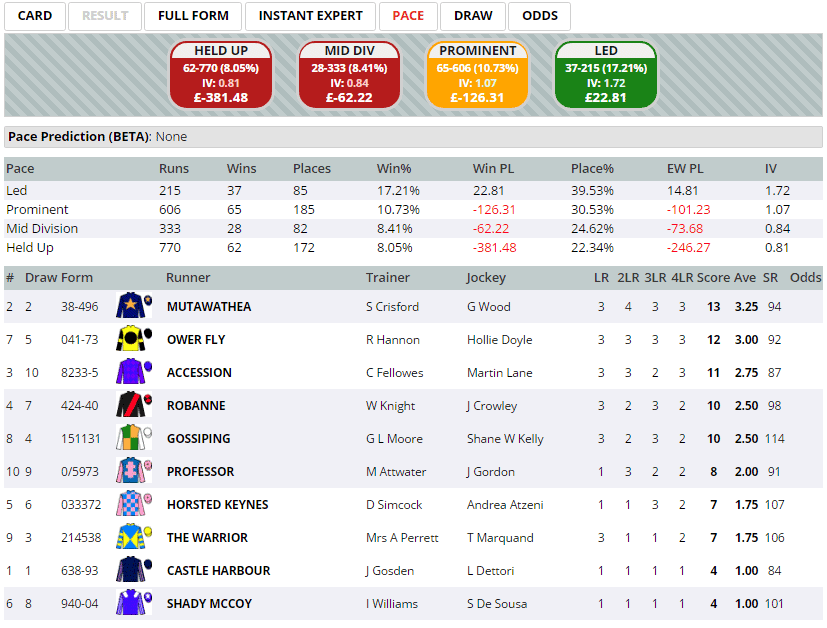 The Draw results show that the lower drawn a horse is, the better chance they appear to have. Being able to get to the rail as they swing around the corner at the top of the hill is a definite advantage, and the lower drawn they are, helps with this. 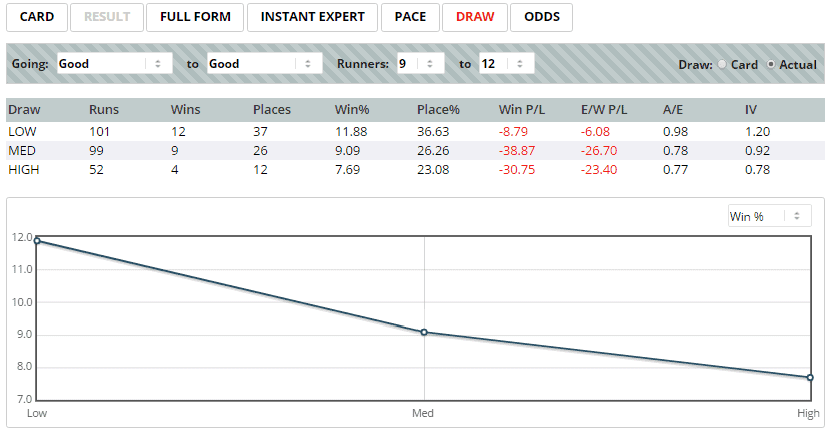