We go to Nottingham for Race of the Day, and a very nice looking fillies and mares Listed race, being run over ten furlongs.

Playful Sound is the current favourite at around 15/8, and she has won four of her five races to date. Her Trainer, Sir Michael Stoute, has useful record here at Newmarket over the past year. He’s had four winners (26.67%) and five places (33.33%) from 15 runners, for level stakes profits 10.75 and 9.60 respectively.

More Mischief has been very competitive in Listed races in the past, and she has the highest Speed Rating in this field, with a mark of 108. 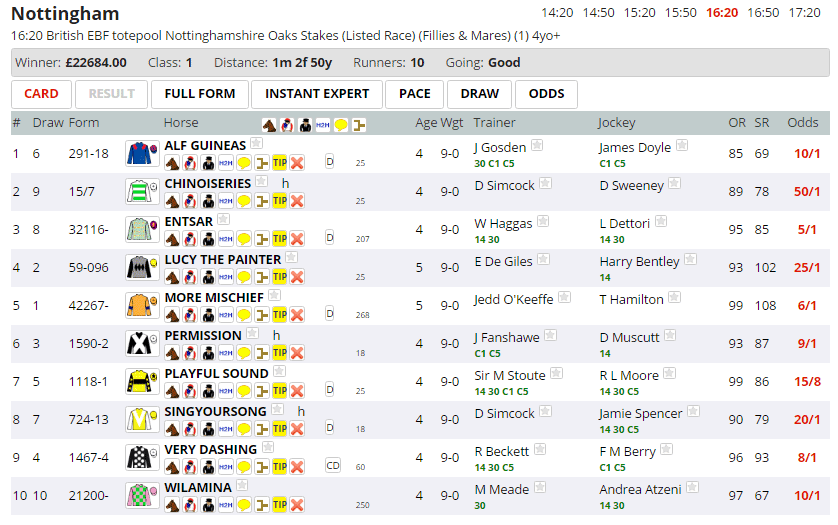 Very Dashing has three sections of green on the Instant Expert report, including being the only runner in the field to have won here at Nottingham (only one other runner has raced here however).

Playful Sound also has three sections of green, and looks nicely suited by the conditions here today. She has won three out of her four races over this distance, and as she finishes her races very strongly, will be hoping for a generous pace.

The Pace report shows that early leaders here over this distance have a very good record, with 19.61% of them going on to win the race, for a level stakes profit of 92.29.

More Mischief, Playful Sound and Wilamina are all usually quickly away, and they have the same pace score based on their last four races. There does appear to be plenty of pace in the race, so I expect them to be going along as at good rate right from the off. 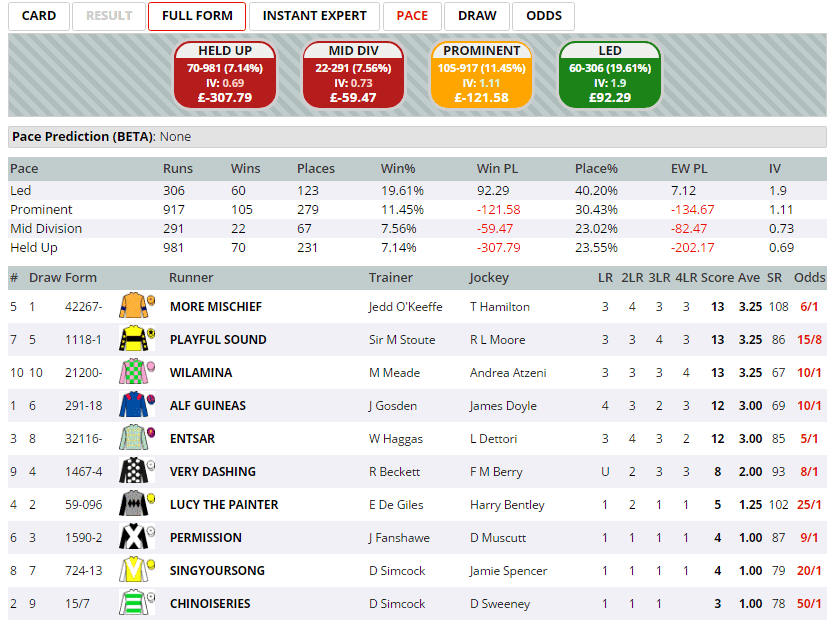 The Trainer Statistics report is available to all users on a Wednesday, and it shows what excellent form Stoute has been in recently. Over the past 30 days he’s had 17 winners (28.81%) and 30 places (50.85%) from 59 runners, for level stakes profits of 53.24 and 56.90 respectively. He runs Playful Sound here today, and with Ryan Moore taking the ride, looks like she will be very tough to beat.