This is a really nice looking handicap on the all weather at Newcastle, being run over a mile and for those rated up to 105.

The Richard Fahey trained Constantino has been runner up in his last four races, meaning he has been edging slowly up the handicap without having anything to show for it. This is a step up in class for the four year old as well, but he is well clear on the Speed Ratings with a mark of 107.

Briardale is at the top of the handicap and has won two of his last three races, finishing second in the other. He is clearly at the top of his game at the moment, but has been raised ten pounds for his latest victory, and reverts back to a mile here when he has been running on strongly over ten furlongs. 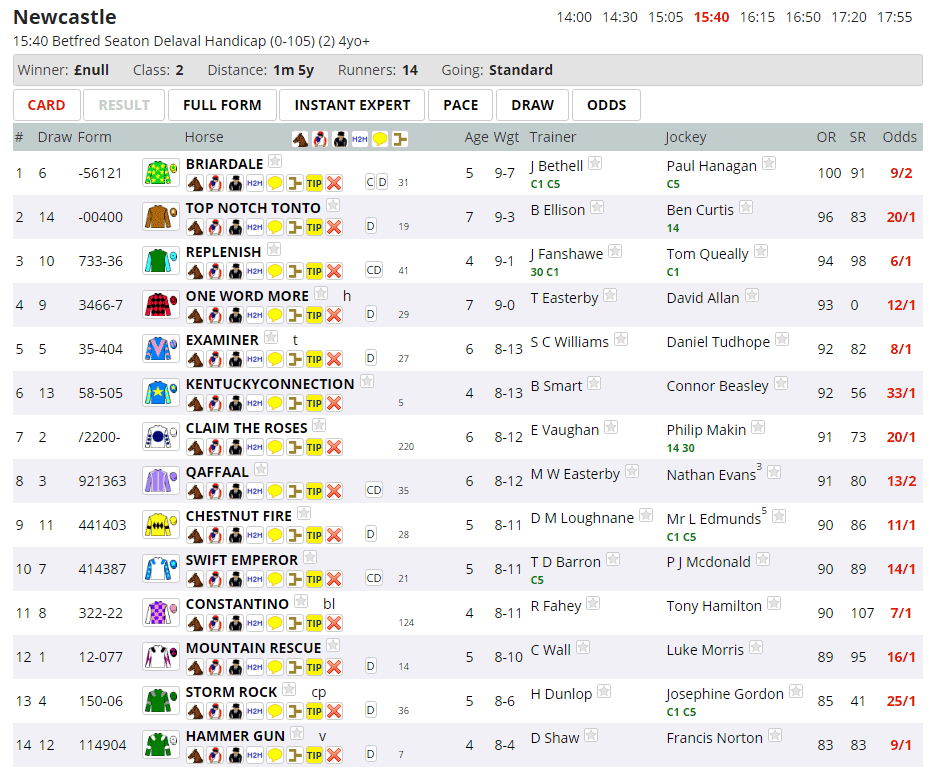 The Instant Expert report is available to all registered users for every race on a Thursday, and it is Briardale that comes out best, with four sections of green and one of amber. Even though this shows how well suited he is by today’s conditions, there are a couple of doubts as mentioned above. He is a full 16 pounds higher than for is last win, and he is 1/5 over this distance.

Replenish has three sections of green including having won here before. He is another that is not necessarily that well suited by this trip and is ten pounds higher than for his last victory. 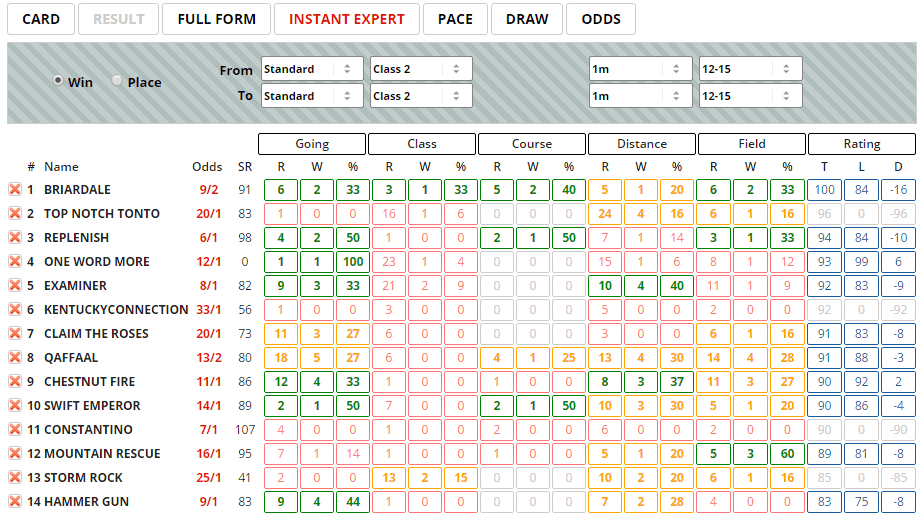 When looking at the Pace report it is interesting to see that it is horses which are held up that have the best record. Almost 13% of them have gone on to win the race for a level stakes profit of 53.61.

Briardale, Swift Emperor and Mountain Rescue look the most likely to be setting the early pace as they have the highest pace scores. Paul Hanagan rides Briardale and I am certain that he will want it to be a very strongly run race, given the proven stamina of his horse and it would be no surprise to see him taking them along through the early stages of the race. 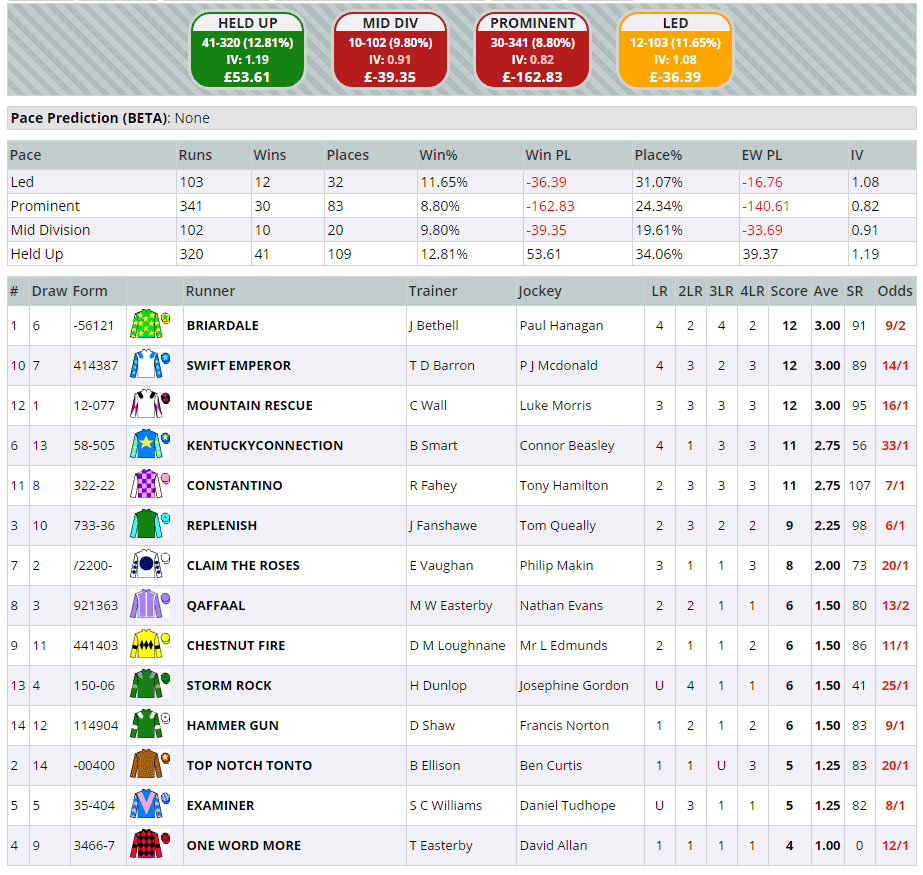 Lower drawn horses are definitely favoured here over this distance, as we can see from the Draw report below. Almost a third of runners that are drawn on the low side go on to gain a place, for a level stakes profit of 35.00. 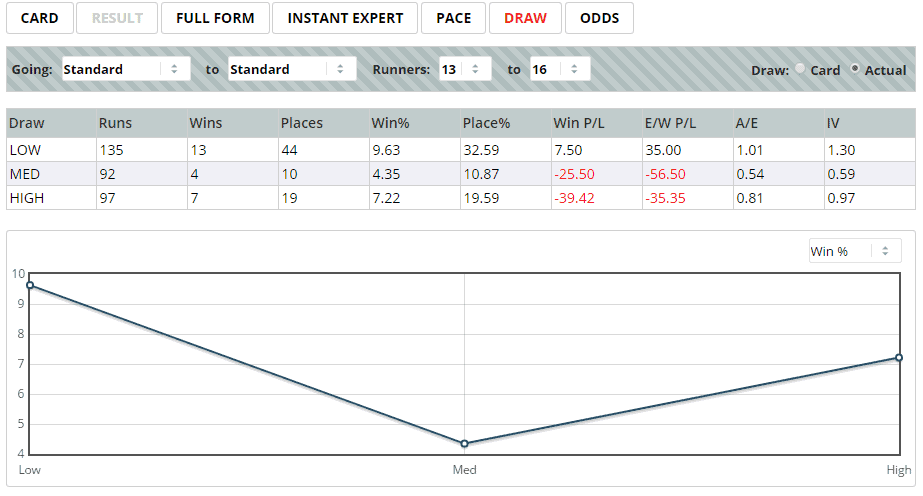