This is a five furlong dash at Carlisle, and a 0-85 handicap on good ground.

El Hombre is the 11/4 favourite currently, and he has been very consistent this year. He has been in the first three of each of his last six races, including two wins. Those wins were both over six furlongs however, and although he was second last time out over five furlongs, I am not entirely convinced he has the required speed for the minimum trip. Trainer Keith Dalgleish does have a very good long term record here at Carlisle, being 42/255 (16.47%) for a level stakes profit of 9.47.

The bottom weight, Fruit Salad, is the highest on the Speed Ratings, and she is usually very consistent over this distance. 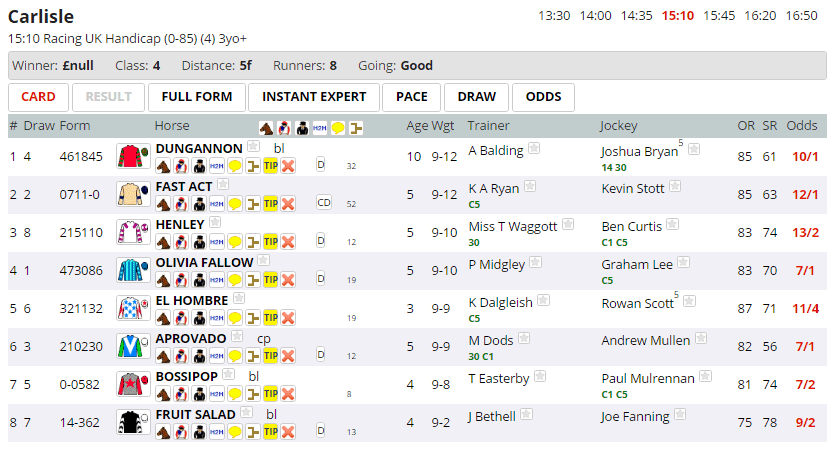 The Instant Expert report is available to all registered users for every race on a Thursday, and it shows how well suited Fruit Salad is by today’s conditions. She has four sections of green, including being placed 8/11 at this distance, and looks very likely to go well. She is five pounds higher than for her last win, but I don’t think her mark of 75 will stop her being competitive. She has a grey section for the course, having never run here before, but that is the same for the majority of the runners as only two horses have.

The Pace report shows that early leaders here over this distance have a very good record, with 20.51% of them winning the race, for a level stakes profit of 52.74.

Both Fast Act and Henley have the highest pace score based on the last four races of each runner, and look the most likely to be leading them along through the first few hundred yards.

This may well be run at quite a fast pace, even for the minimum distance, as six of the runners have led a race at least once in their last four races. 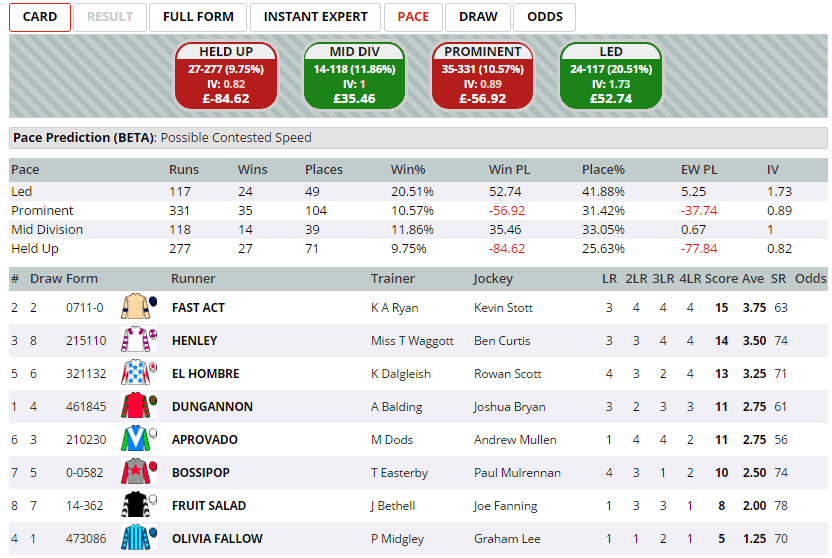 It isn’t a particularly large sample of data, however, from what we have it is clear that racing at Carlisle over this distance definitely favours low and middle drawn runners, as it appears it’s trickier to get across and have the run of the race, from a high draw. 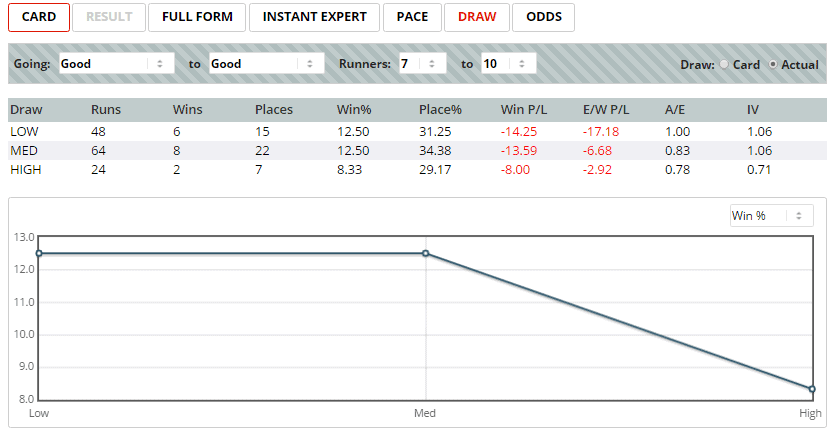