Chepstow holds an even card which we go to for Race of the Day and a five-furlong dash in a tight looking race.

Swendab is the top weight and also heads the Speed Ratings with a score of 76. He was a good winner at Lingfield two runs ago, before struggling with a seven-pound rise in the weights last time out at Leicester. That was in a slightly higher class of race than this, and he has been dropped four pounds subsequently.

Quantom Dot was a course and distance winner last time out and has been hit with a four-pound rise for that win. His trainer, Ed De Giles, has an excellent record when sending his horses here. Over the last year, he’s had seven winners (53.85%) from 13 runners, for a level stakes profit of 30.25. De Giles also has a useful record with last time out winners. 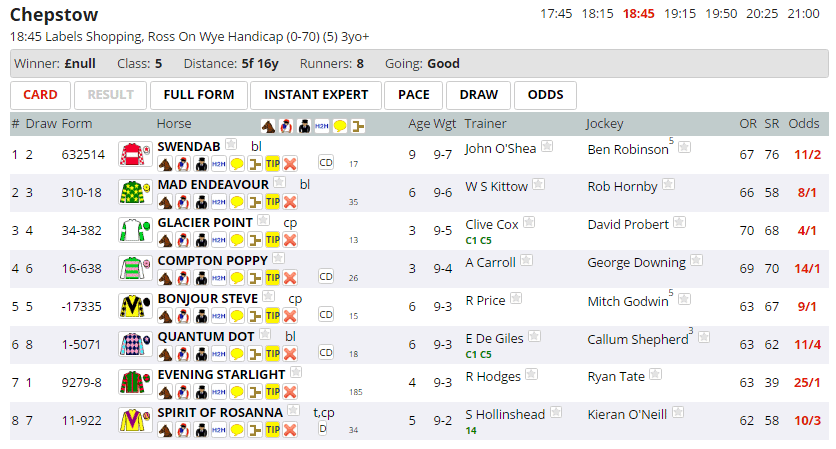 There are plenty of sections of amber around, but it does highlight that a lot of the runners are not racing in optimum conditions for themselves today.

As expected due to this being raced over the minimum distance, early leaders here have an excellent record, with 25% of them going on to take the victory, for a level stakes profit of 119.33.

What is extremely difficult to ascertain, however, is who is going to lead, as there are six runners in this race that are usually very prominent early on in their races. Mad Endeavour has led in each of his last four races, but he looks sure to have company this time around. 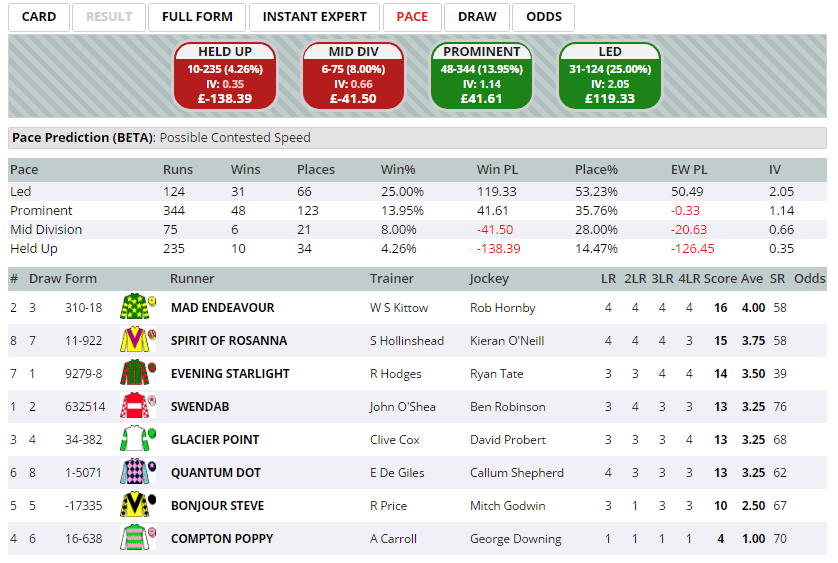 Horses For Courses is the report that is available to all registered users on a Friday, and it shows us that Quantom Dot has a very good record when running here at Chepstow. He has raced here six times, winning three of them, for a level stakes profit of 14.50. Fifth place has been his worst finish here and it would be no surprise to see him go very well today.