Celebration Day comes out nicely with a score of 12 on The Shortlist, with four sections of green. This Raven’s Pass gelding has never run here at Windsor before (hence the grey section of this report), however, he is usually handily placed early on in his races and that is a big positive for a course like Windsor.

A look at the Full Form filter with the distance selected on ‘Race Conditions’ shows that ten furlongs are definitely optimum for Celebration Day, as all three of his career wins have come over this distance, including two in his last four races. These two wins were both on the all weather, however, he has won on the turf at Nottingham when the going was good, so today’s conditions appear to suit nicely.

He is also just the two pounds higher than his previous victory, (having been lowered a pound following a poor run last time out). 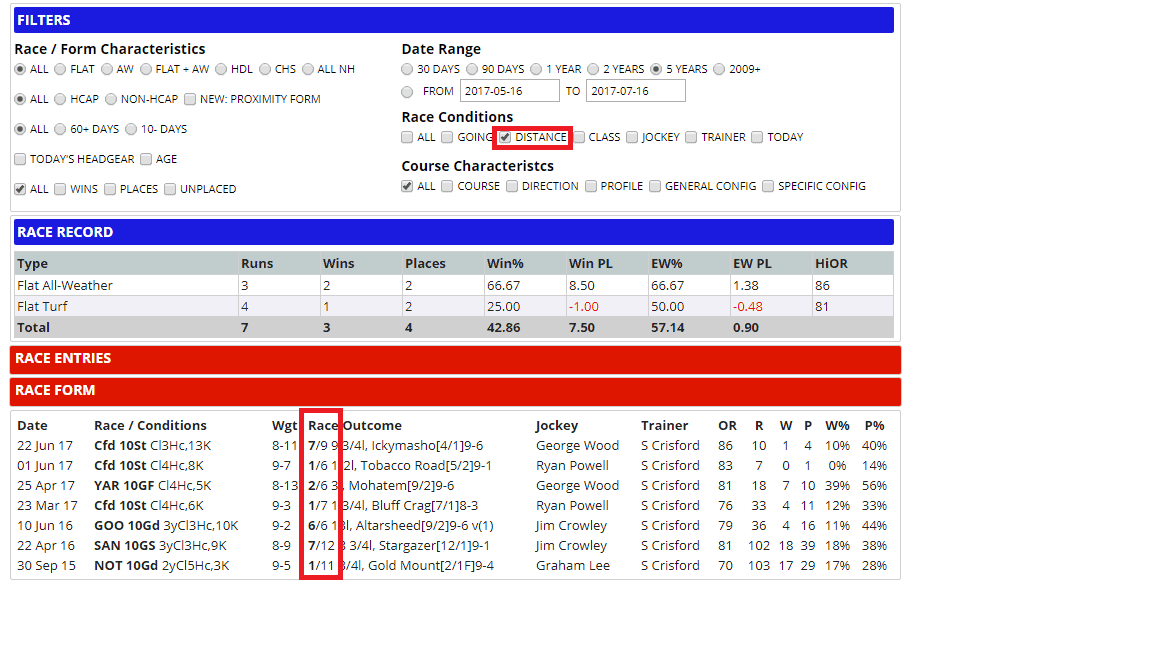 As mentioned above, early leaders at Windsor generally do very well, and over this distance is no exception. From a decent sized sample of 324 runners, early leaders have gone on to win 20.06% of the races, for a level stakes profit of 44.76. This, coupled with the IV (Impact Value) being 1.92, meaning early leaders are almost twice as likely to win as average, shows that it is beneficial to be quickly away from the stalls.

Celebration Day is often right at the head of affairs in the early stages of the race, and both of his recent wins have been when he has lead from start to finish.

David Egan rides him for the first time today (claiming a useful five pounds), and I would expect him to adopt very similar tactics, where he will hope to break well and head straight to the front so he can try and dictate the pace of the race. This is extremely important for this horse as he likes things to go his own way, as if he gets behind early on he doesn’t have the same attitude. 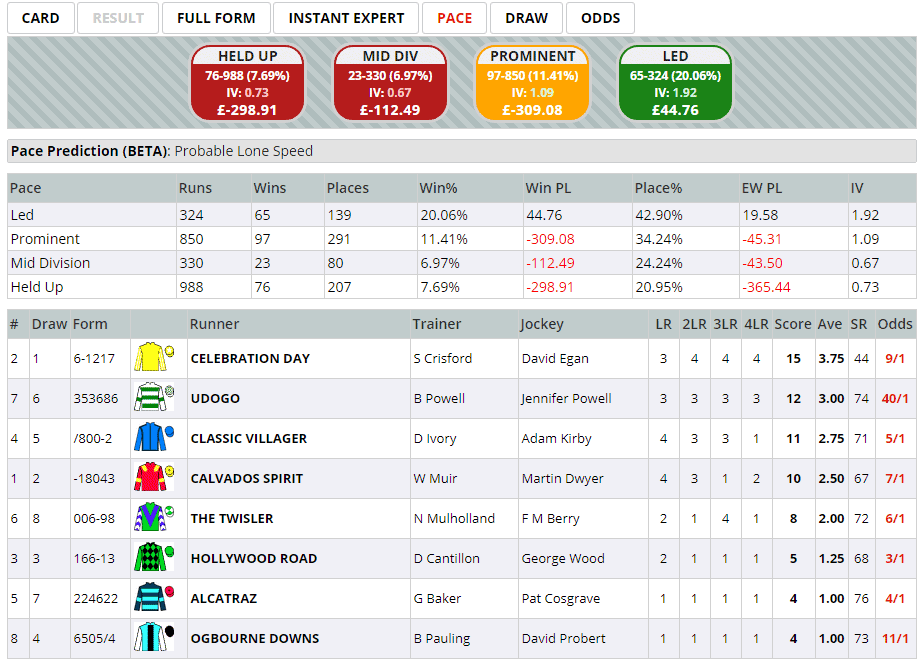 Low drawn horses have a slight advantage here, and with Celebration day drawn in stall one, he has a good opportunity to get out and grab the lead.

From the Pace report, it looks like there are two or three other runners in this race that are also very fast early on, so he won’t have it all his own way, but having an advantageous draw is a help. 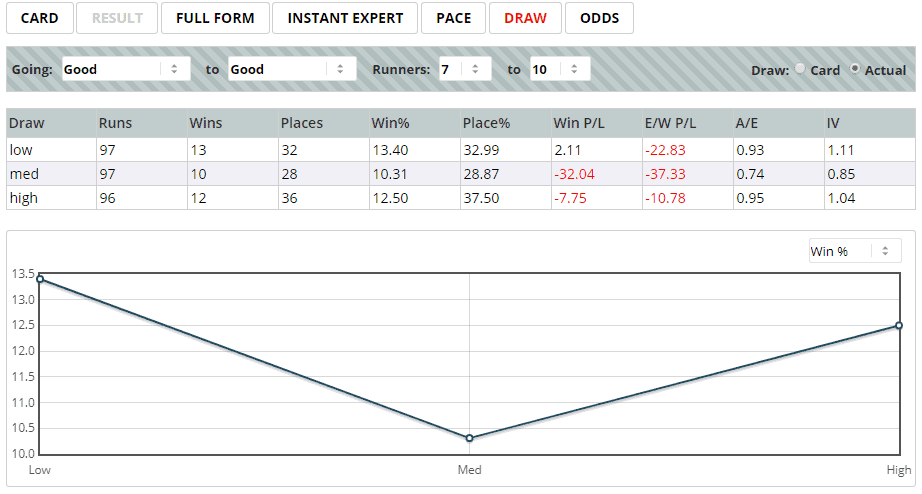 Given he has a good shot of leading, which is something that seems to be crucial to his chances of winning a race, I think that Celebration day is a little overpriced at 9/1, and has a decent chance of making the frame at least.

Stat of the Day, 17th July 2017 Monday Musings: Emerging into the uplands once more
Scroll to top