The Trainer Snippets report is one of my favourites, as it uncovers all sorts of gems.

Here we can see that David Simcock has an excellent record with last time out winners. He has a strike rate of better than one in four and this has returned a level stakes profit of 29.17. The Impact Value is also at 1.40, meaning he is almost one and a half times as likely to have the winner as the average. Another Eclipse is the runner that fits the bill for him today, running at the evening meeting at Yarmouth.

David Simcock also has an excellent record with his runners here at Yarmouth. Over the past five years, he has a strike rate of 26.25% and these 21 winners have yielded a level stakes profit of 92.88. The Impact Value is an impressive 1.99, and this increases to 2.69 when looking at just the past year.

It should be noted that Simcock has a second runner in this race, Good Omen, although he wasn’t a winner last time out. 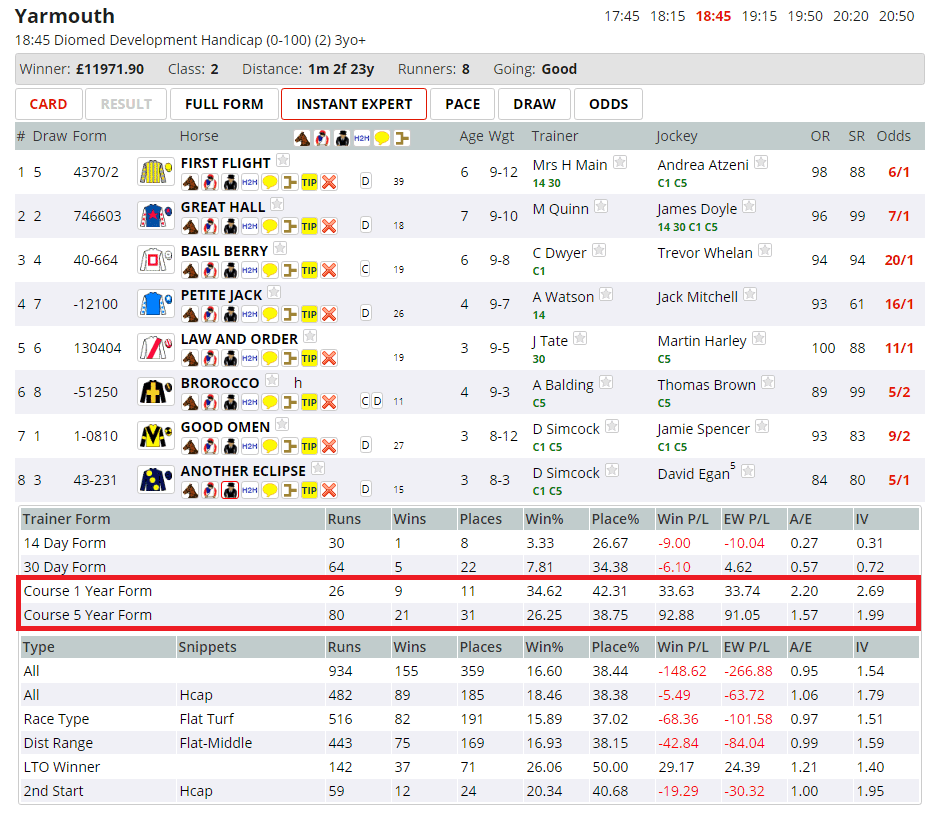 Another Eclipse has three sections of green when looking at the Instant Expert report on the place setting, with grey sections for the course and class. This is a step up in class in only his second handicap start, but he won his maiden last time out as easily as he liked and ten furlongs appears the right trip for him at the moment. He has been raised three pounds for that win, which doesn’t appear too harsh, and if this lightly raced three-year-old can find further improvement he can be a real player in this. David Egan takes the ride this time out and claims a very handy five pounds, which is a big plus.

Early leaders here over this distance do appear to have a definite advantage, however, it is very tricky to ascertain which are these runners will be at the head of affairs, as there isn’t a lot of pace in the race.

Another Eclipse was handy in a prominent position when winning last time out, and it wouldn’t be a surprise to see Egan head to the front early on and try and dictate things. 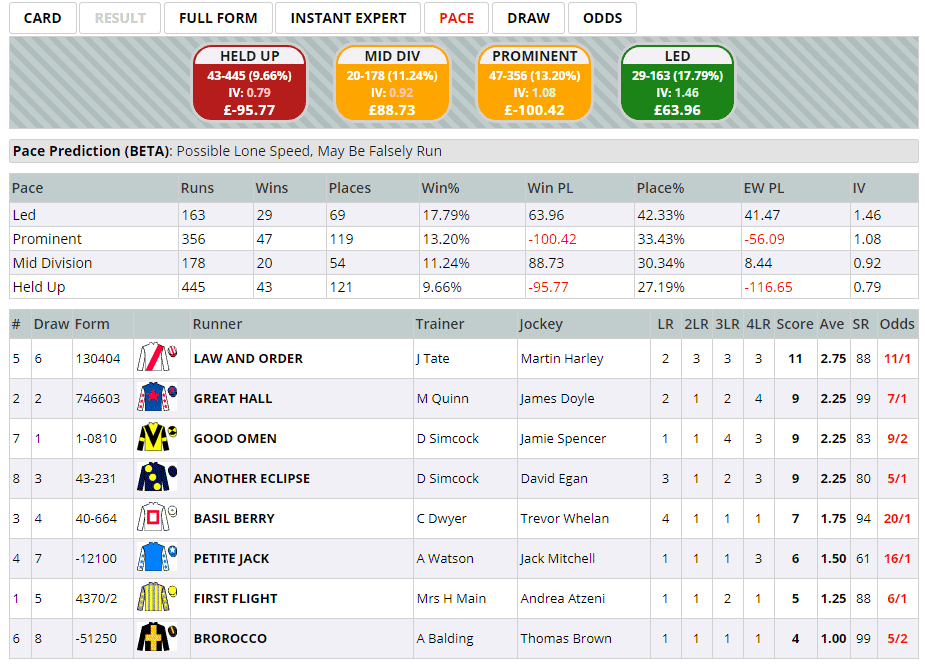 This is a very open race and a lot of stats for Another Eclipse are based on his trainer, who also has another runner in the race. If he improves again then 5/1 maybe on the generous side for the bottom weight, but he is facing strong opposition so is unlikely to have things all his own way.