The Trainer Jockey Combo Stats report highlights that Tom Dascombe and Richard Kingscote have a really good record together over the past year at Haydock. Winning a quarter of the races they have teamed up in is excellent going, and this has yielded a level stakes profit of 32.63. They have two runners at Haydock but the one that we are going to focus on is Punkawallah.

From looking at the race card and expanding both the trainer and jockey snippets, we can see that they both have brilliant record here for the past year and the past five years. In fact, Kingscote has an Impact Value of 2.57 when racing at Haydock over the last year, meaning his is more than two and a half times likely to win than average. This is from a good sample size of 87 races as well.

Another thing to note from the race card is that Punkawallah is joint top of the Speed Ratings, with a mark of 65. 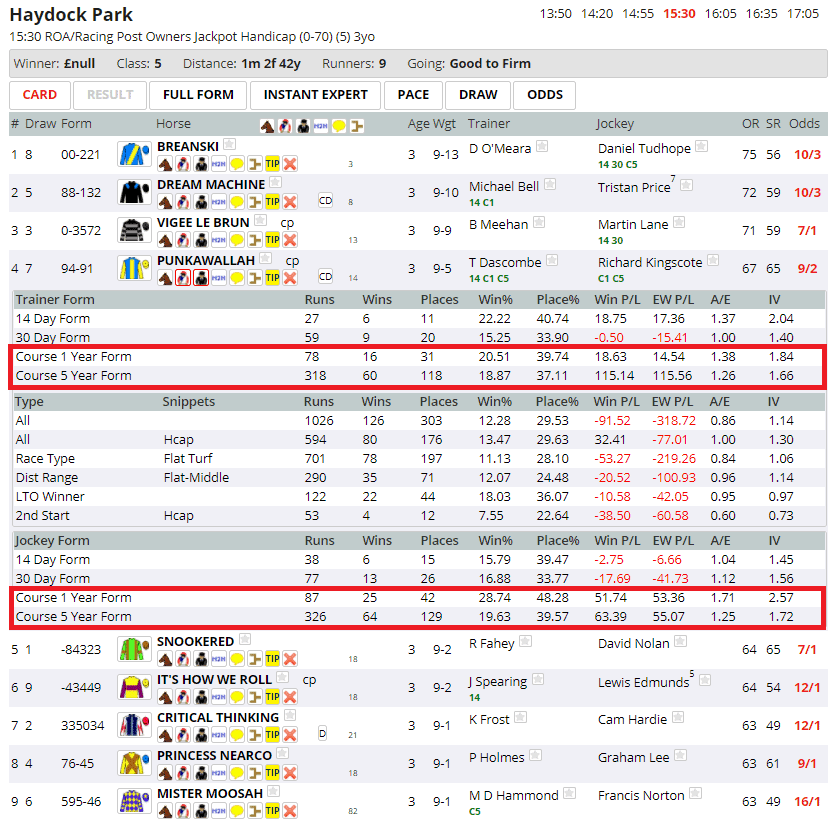 The Full Form filter shows that Punkawallah is a lightly raced three-year-old, with his win over course and distance last time out being his first run on turf. He has only been raised two pounds for that win, and in a very comparable race, I think he must have a chance of repeating that win, especially if he can find some improvement.

The Instant Expert report shows that is it Punkawallah and Dream Machine that are the most suited by today’s conditions, as they have an almost identical profile of three sections of green and two of amber. Dream Machine is five ponds higher than for his last win, but he has a seven pound claimer on board which could make a difference.

Early leaders here over this distance do appear to have an advantage, but as it is only an amber pace blob, it’s not a huge bias. Added to that is that there appears to be little real pace in the race anyway, making it difficult to ascertain where the early speed will come from, and therefore maybe producing a falsely run race.

Punkawallah looks very likely to be held up or at least in mid division as he was last time out, with Kingscote looking to pass tired horses inside the final couple of furlongs. 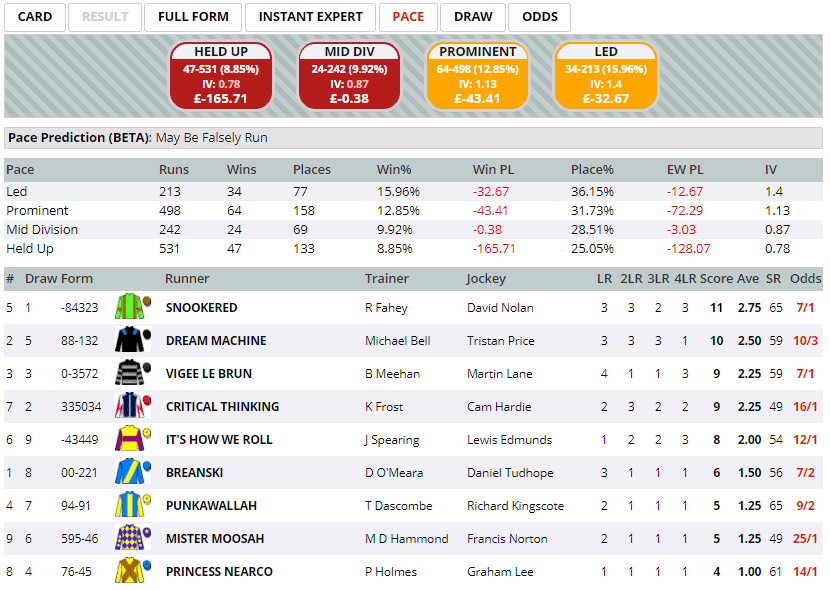 Given the record of both the trainer and jockey here at Haydock, and that Punkawallah was a good winner over course and distance last time out, I think the price of 9/2 is quite a generous one.