The Sire Snippets report shows Smart Strike appears to be extremely good at producing horses that go well on the all weather courses. From 54 runners to date, there have been 12 winners (22.22%) and 21 places (38.89%) for level stakes profits of 97.50 and 98.91 respectively. The Impact Value is also a very respectable 2.07

Banish is the only runner on the all weather today that have been sired by Smart Strike, and we’ll take a closer look at him.

Banish is trained by Hugo Palmer and ridden by James Doyle, and if we take a look at the form of these two by clicking on their icons on the racecard, we can see that they both have good looking records here at Kempton for the past year.

Palmer’s record with runners on the all weather tracks is over 3% higher than his overall record. 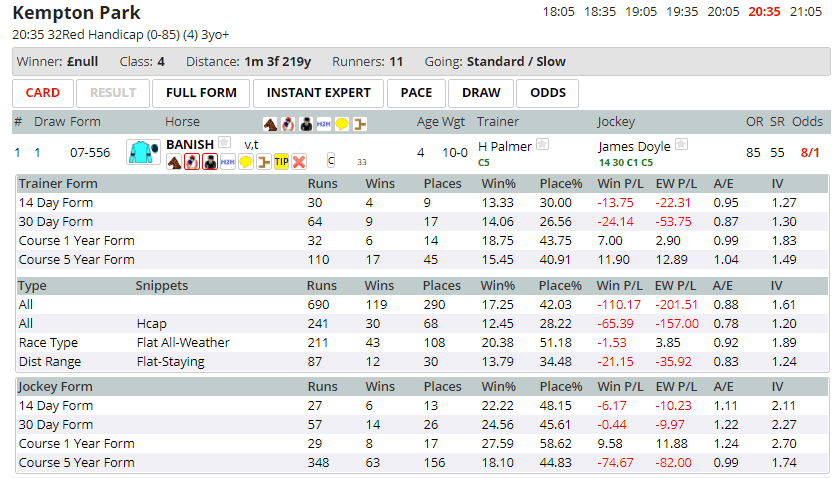 When looking at the Instant Expert report Banish comes out very well with four sections of green and one of amber. It is also worth noting that he has won from his current mark of 85 previously.

Arab Moon is another that looks really good here with five sections of green. He is also comfortably the highest on the Speed Ratings, so could pose quite a threat.

There isn’t too much of a strong bias when looking at the Pace report, with prominent runners have the best record.

There doesn’t actually appear to be loads of pace in this field, with a lot of the runners usually content to be prominent rather than actually making the running.

Banish took the early lead last time out before fading away in a much better race than this. It is tough to know what Doyle is going to do, however, being drawn in stall one isn’t great and I would expect him to try and be as handy as possible without wasting too much energy to get there. 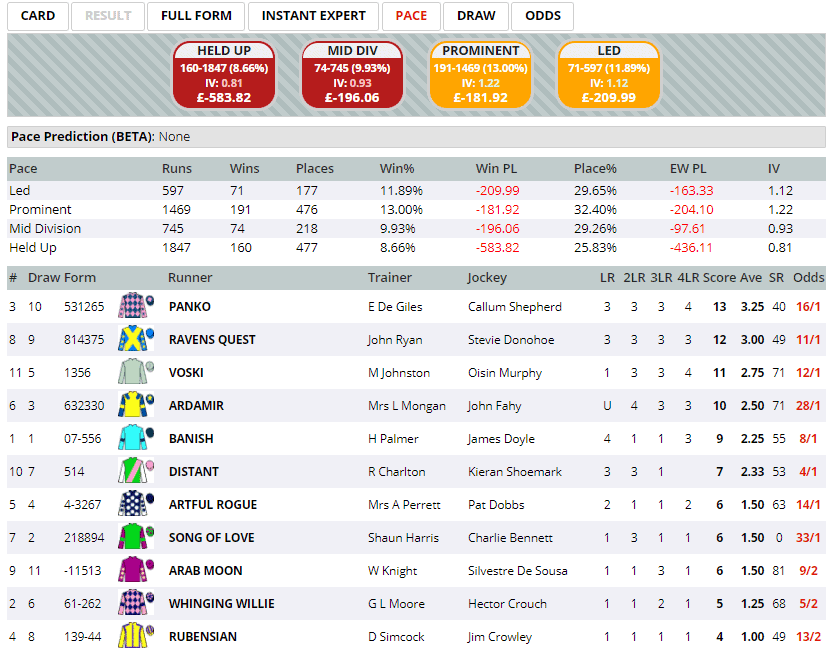 This is a drop in class from the recent races that Banish has been contesting and I am hoping that a return to conditions that have seen him win previously also see a return to his best form. If that is the case, then I think he is overpriced at the current 10/1.