Pick A Little isn’t getting any younger but racing at Brighton seems to bring the best out of him, as can be seen by looking at the Horses For Courses report. From 16 races here he’s won four of them and been placed nine times, producing a profit to level stakes for both.

As we can see from his recent form he has been running averagely and nearer the frame on a couple of occasions. Now, this doesn’t exactly inspire confidence, however, he has been sliding down the handicap as a result of this and is now on a very workable mark. He has also managed to get into a 0-60 handicap today which is a good drop in class than he has been running in.

The Instant Expert report highlights that this is in fact quite a poor looking race, but Pick A Little is one of the few to emerge with any sort of credit as he has one section of green and two of amber. It is also interesting to note that he is now seven pounds lower than his last winning mark, so if he runs near to his best form, he could be very dangerous. 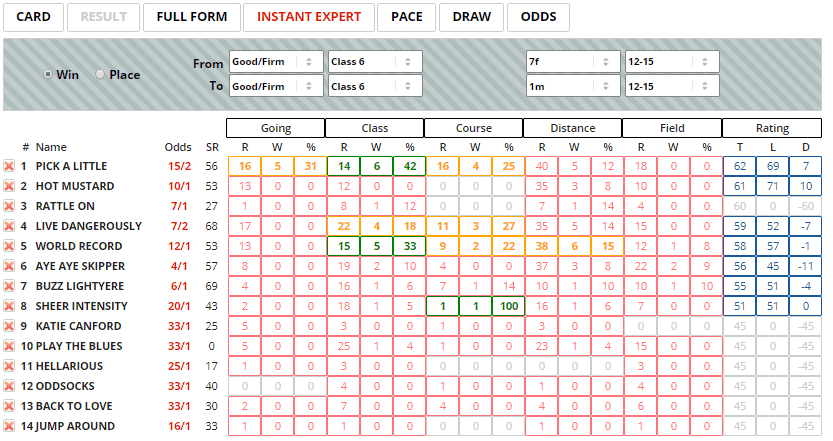 Early leaders here over this distance have a definite advantage with nearly 20% of them going on to win the race.

Pick A Little is usually a quick starter and looks one of most likely to be at the head of affairs through the first couple of furlongs. High drawn runners appear to have a distinct advantage and with him being drawn in stall ten, I would hope that Goodwin will be able to seize the opportunity to grab a prominent position. 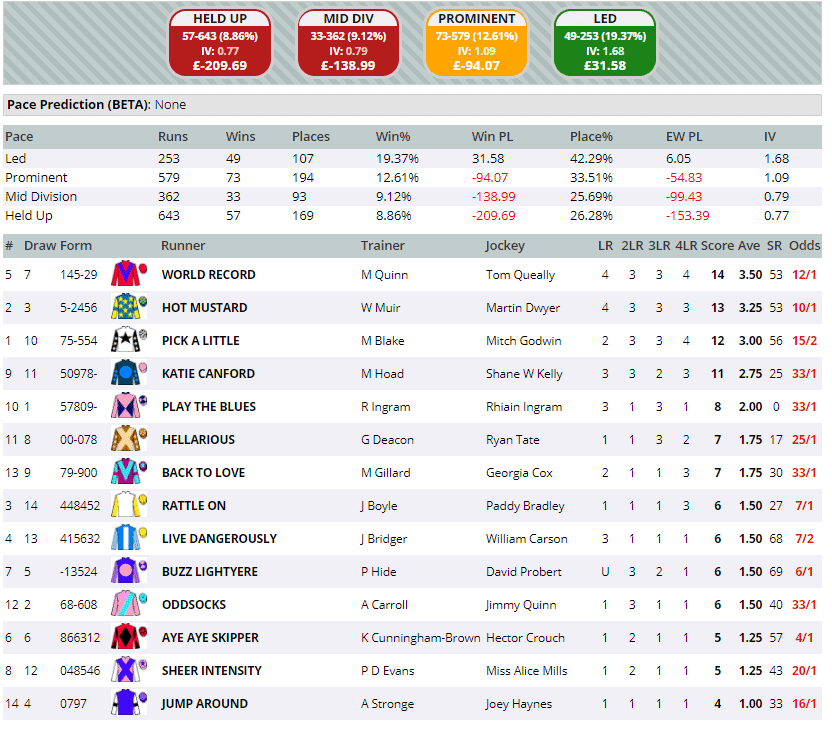