The Shortlist is available to all registered users on a Tuesday, and it highlights Finelcity’s suitability to today’s conditions nicely. He scores a decent looking 12, with four sections of green, and only the class of race being an unknown.

When looking at the racecard we can see that Finelcity is chasing a four-timer here today, however, it should be noted that this is his first run for over 300 days, so his fitness will have to be taken on trust.

From looking at his recent form (well, his last runs) it shows us that he has really taken to the artificial surface here at Kempton, and each of his last four runs we were it was riding on the slow side, as it is today. Although he also won over a mile, it looks as though his preferred distance is seven furlongs, winning twice and finishing second with his first try. 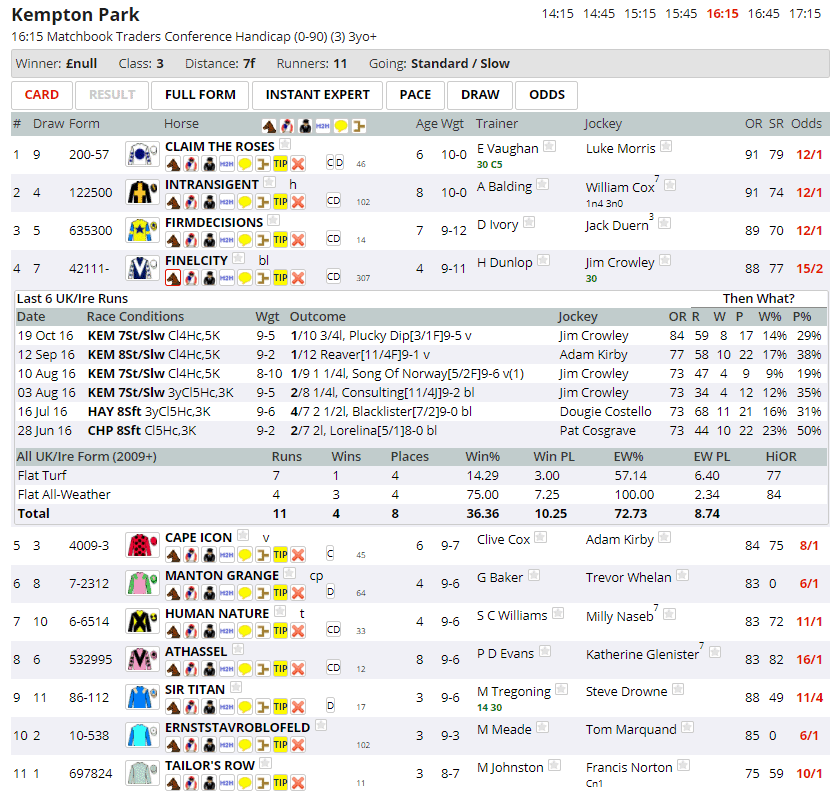 Early leaders here over this distance have a good record, with 16.61% of them going onto win the race, for a level stakes profit of 118.77.

Cape Icon and Finelcity are confirmed front-runners and it looks likely that the early lead will be contested by these two. There appears to be quite a bit of pace in the race which I think will suit Finelcity, given that he has seen out seven furlongs well in the past and has won over a mile. 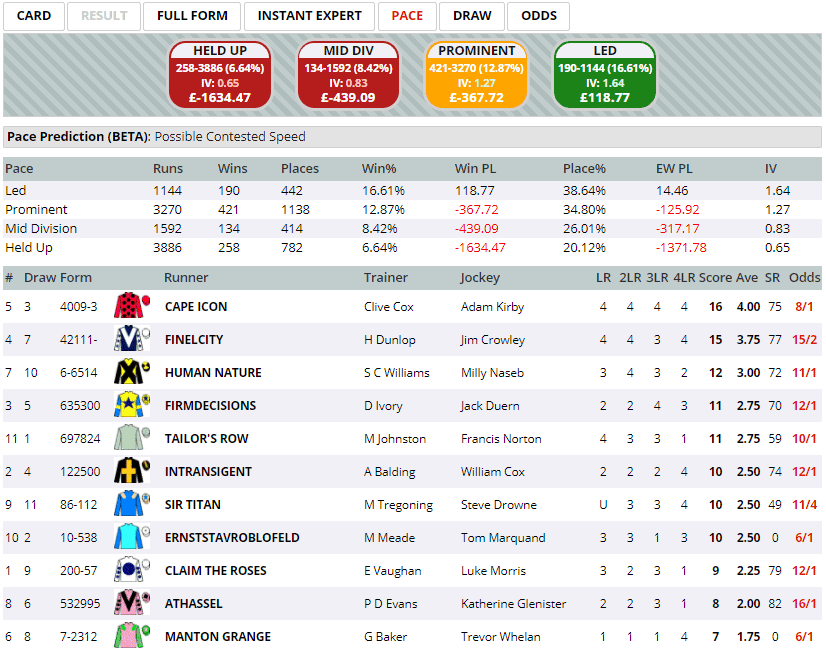 There doesn’t appear to be a huge draw bias here at Kempton over seven furlongs, however, those drawn low and towards the centre have a slight advantage over runners in the high numbers.

Finelcity is drawn in stall seven which looks perfect if he is able to break away nicely. 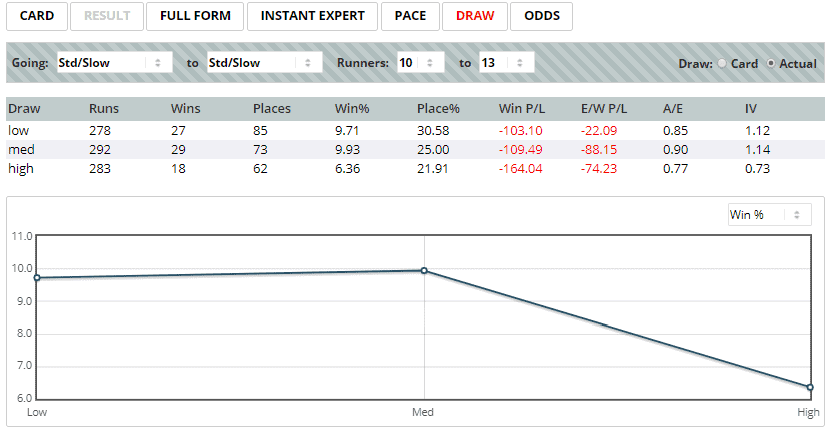 Finelcity has an extra four pounds to cope with and hasn’t raced for over 300 days. But, if Harry Dunlop can have hit fit and firing after a break, I think there maybe a lot more to come from this four-year-old and looks a little overpriced at 15/2.