Kevin Ryan and Kevin Stott have been in superb form together recently. Over the past 30 days, they have had eight winners (27.59%) and 13 places (44.83%) from 29 runners, for level stakes profits of 27.75 and 26.73 respectively. This has also produced an Impact Value of 2.56, meaning they are over two and a half times more likely to have the winner than average.

They have a few runners at Carlisle together today, but it is the consistent Havana Star that I will be taking a closer look at.

In his four runs to date, Havana Star has shown an admirable level of consistency, with a win, a second place, and two thirds.

He was second last time in a similar class of handicap and on soft going, which is particularly relevant for me as a lot of his rivals have shown little promise when underfoot conditions are on the soft side.

His win came over five furlongs but he was staying on over six furlongs last time out and I think his future probably lies at a mile and perhaps beyond giving his breeding. If he can settle ok he looks to have a good cruising speed so shouldn’t be outpaced.

Taking a look at the individual trainer and jockey form we can see that they have both been doing exceptionally well recently, especially Stott, who has a strike rate of 29.41% over the past 14 days and an Impact Value of 2.71. 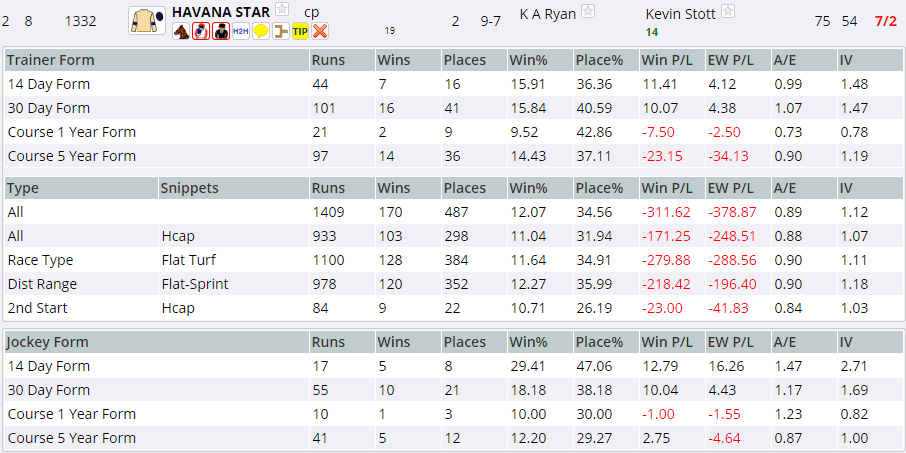 As this is a race for two-year-olds the lack of runs when looking at the Instant Expert report is evident, however, it is extremely encouraging to see that Havana Star has four sections of green and the only non-green section is due to not having run here at Carlisle previously.

I mentioned earlier about the soft conditions and this shows that Tough Remedy is the only other runner that has won on going the same as they will encounter today. 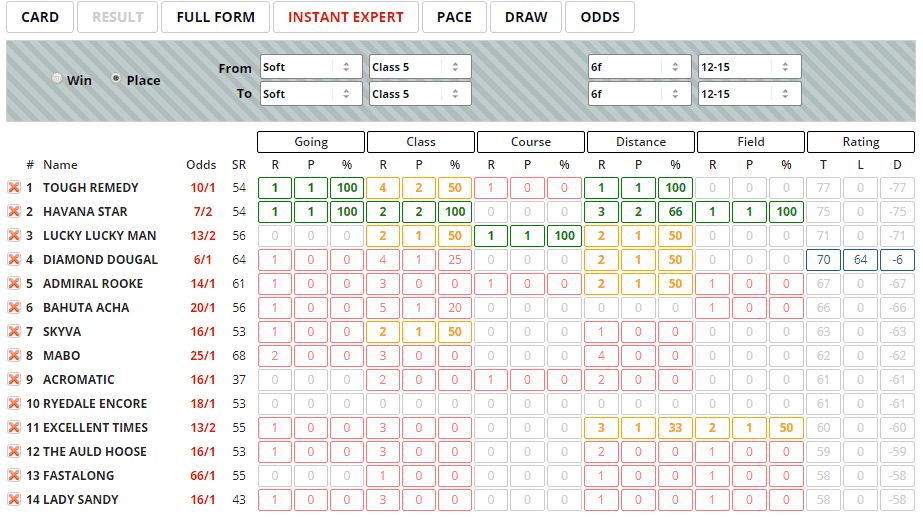 The Pace report shows that early leaders over this distance have a good record, with 19.53% of the going on to win the race, for a level stakes profit of 85.60.

There doesn’t appear to be any huge pace in the race although Ryedale Encore was quickly away last time out.

A slowly run race probably wouldn’t be ideal for Havana Star so I imagine Stott will try and keep the pace as honest as possible, and may even take the lead if necessary to ensure a strong gallop so the stamina of Havana Star can be brought into play. 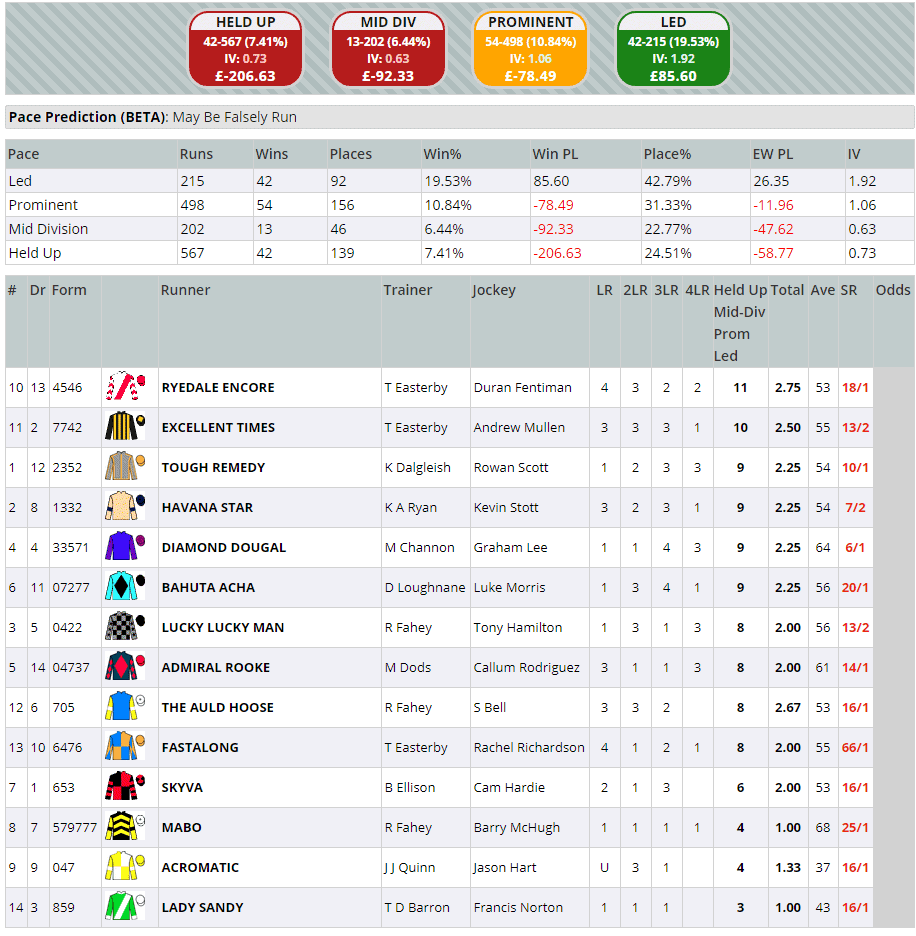 Stat of the Day, 13th September 2017 Max lays on a lovely spread…
Scroll to top