Tirania is a three-year-old by Pivotal and she runs at Pontefract today.

Tirania is a lightly raced three-year-old with just the five races to date, of which she has won two of those and has been placed in another two.

She was a good winner last time out when staying on nicely to take the race, however, she drops down to six furlongs for the first time today after racing over seven of eight furlongs previously. On first glance, this appears a little strange, but she does have some speed in her pedigree so it will be interesting to see how it goes.

From looking at the Pace report we can see that early leaders here over this distance have an excellent record, with 21.41% of them going on to win the race for a level stakes profit of 93.31.

Tirania has the second highest pace score and is drawn (2) close to the likely pacesetter Sandra’s Secret (4). If Dobbs can get her out well then he should be able to track Sandra’s Secret which will hopefully help her to not be outpaced, and then when they get inside the final furlong she can use her stamina to finish the race off strongly. 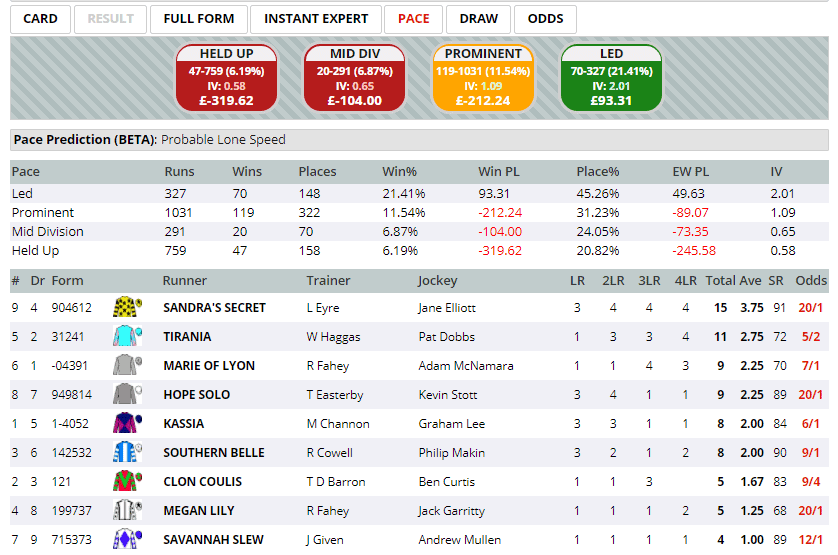