Horses For Courses is the report that is available to all registered users on a Friday, and it shows that Monsieur Joe has had some success racing at York. From 11 races he’s won three of them (27.27%) and been placed in six of them (54.55%) for level stakes profits of 40.00 and 54.40 respectively.

He races in an ultra-competitive five-furlong handicap here today.

The recent form of Monsieur Joe is nothing to write home about but he did put in an improved performance last time out at Naas, finishing second in a useful looking handicap there.

He has been rapidly sliding down the ratings, therefore, if a return to a course that he likes can help then he is very attractively weighted.

It is also interesting to note that Choisir, the sire of Monsieur Joe, has a good overall record with sprinters and is actually showing a small level stakes profit from 367 runners.

There aren’t that many sections of green when looking at the Instant Expert report, however, Monsieur Joe comes out reasonably well with one section of green and four of amber. This report also shows that he is a full 20 pounds lower than for his last victory, so if this ten-year-old has rediscovered some of his old form, then he can be very dangerous. 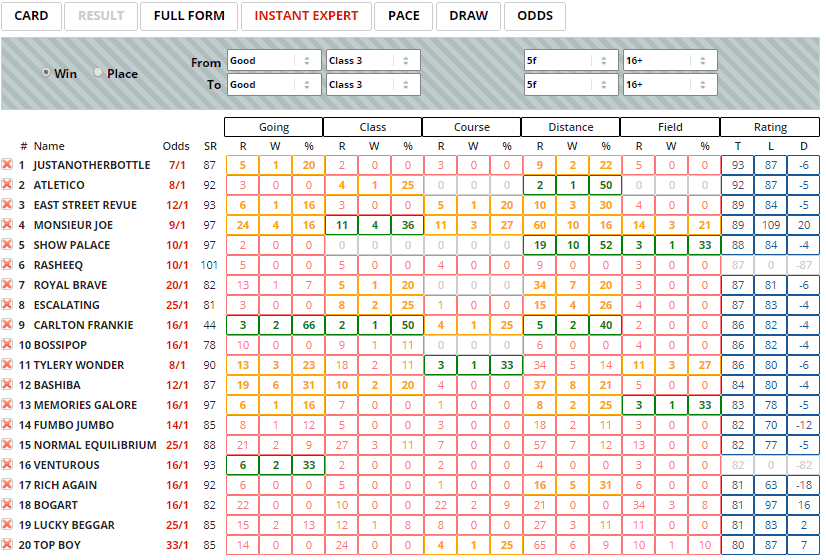 Early leaders here over this distance have a good record with 14.94% of them going on to win the race, for a level stakes profit of 59.51 and an Impact Value of 1.77.

Monsieur Joe lies in eighth place on the Pace report based on the last four runs of each horse, however, he doesn’t have the best of draws in stall 17 so Kirby is going to need to get him away as quickly as possible to get a good position early on. He doesn’t have too much pace around him in the high numbers so that should be a help. 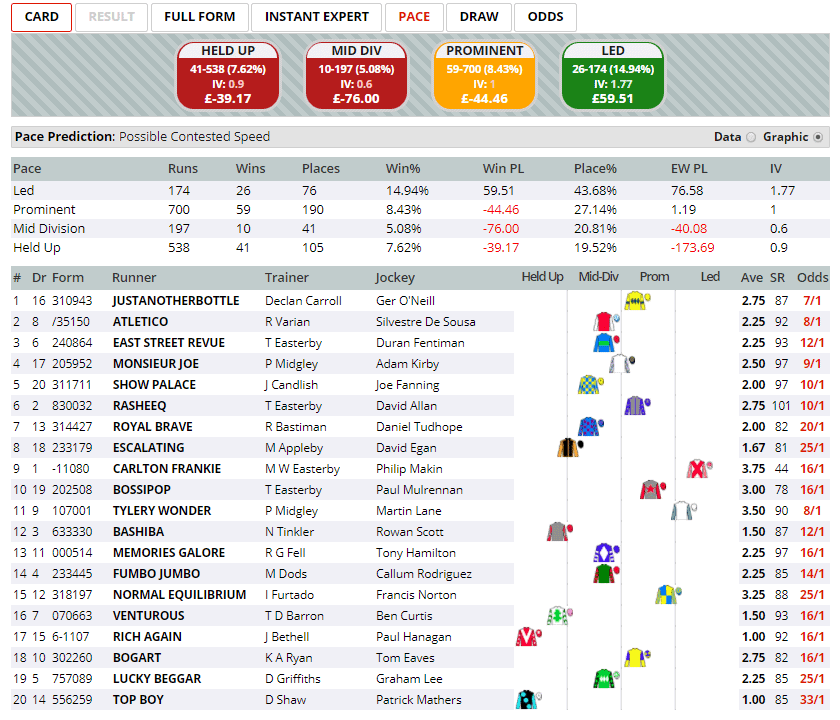