Kyllachys Tale is an interesting looking runner in a one-mile handicap at Windsor today, as she makes The Shortlist with a decent score of 12 and four sections of green. She has a grey section for going, having never raced on soft going before, however, she has won on good to soft previously so it shouldn’t be a problem and the forecast looks reasonable.

Kyllachy’s Tale has been in excellent form before appearing to find the eight-pound rise in the weights far too much to handle last time out at Sandown. She did go very fast in that race though, and with the tough uphill finish at Sandown, she was found out.

With Jack Mitchell back on board today (he has won twice on her), underfoot conditions more to her liking and a course that is a lot better suited to front-runners, I am bullish about her chances at a decent price.

Roger Teal has been in good form over the last two weeks and he also has a useful record here at Windsor. Over the past year, he’s had 3 winners and five places for level stakes profits of 47.00 and 59.80 respectively. This has also produced an Impact Value of 2.65.

Jack Mitchell also appears to like racing at Windsor with a 26.32% strike rate for the last year and an Impact Value of 2.33.

The Instant Expert report highlights how well suited Kyllachy’s Tale is to today’s conditions. As mentioned earlier though, she is now eight pounds higher than for his last victory so will need to be at the top of her game in this one if she is to come out in front. 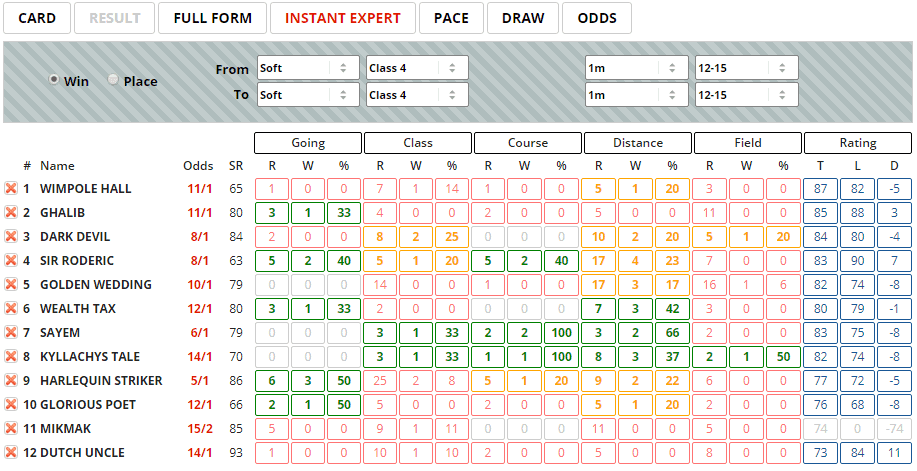 The Pace report shows what an excellent record early leaders have here over this distance. They have won 24.24% of their races for a huge level stakes profit of 265.65 and an Impact Value of 2.19.

Kyllachy’s Tale is a confirmed front-runner and it looks like he may have a bit of competition for the early lead from Harlequin Striker. The lower the draw the better so with Kyllachy’s Tale in stall five he has a slight advantage over Harlequin Striker in seven. If Mitchell can get him away well and be in front when they round the bend for home, then I think he has a reasonable chance of holding on for the win at inflated odds of 14/1. 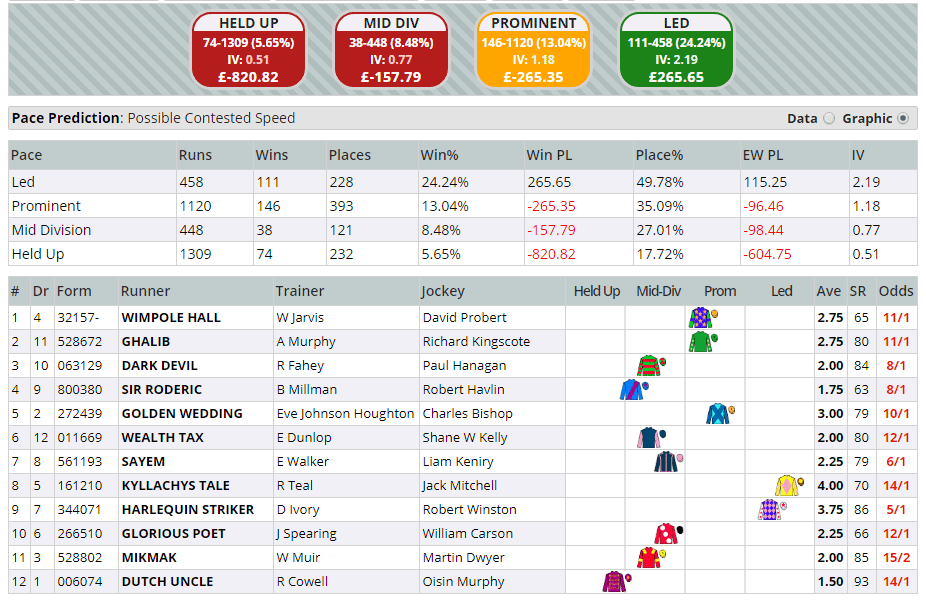 Stat of the Day, 23rd October 2017 Monday Musings: The Road From East Ilsley to Melbourne
Scroll to top