The Trainer Snippets report for today shows that Richard Hughes has a particularly good record with his runners that have moved up or down significantly in distance from their previous race. From his last 48 such runners, he’s had 12 winners (25%) and 18 places (37.5%) for level stakes profits of 52.95 and 51.59. This has also produced an Impact Value of 2.95, meaning he is almost three times more likely than average to have the winners.

He runs Believe It today in a ten-furlong handicap on the all-weather at Lingfield, and as he fits the bill, I will take a closer look.

The last two races for Believe It have been poor, but prior to that, he had managed two wins and a second place from three races. He definitely appears far more at home on the all-weather courses, and if he can settle better today (he was really keen last time out) then I think we will see a much-improved performance and I’m hoping the change is distance may help this.

Richard Hughes has seen his runners in excellent form over the past couple of weeks, with three runners (37.5%) and four places (50%) from eight runners, for level stakes profits of 16.00 and 17.03 respectively and an Impact Value of 3.75.

Believe It doesn’t show up brilliantly well on the Instant Expert report, with just the three sections of amber. He is also six pounds higher than his last winning mark, so needs the all-weather surface and change of distance to really bring out the best in him. 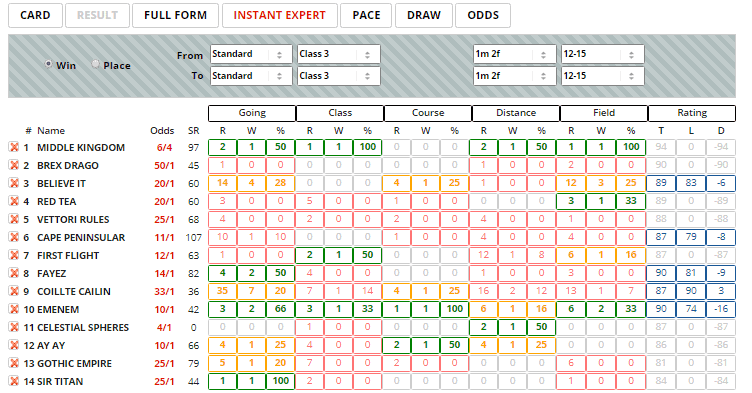 Early leaders here over this distance have the best record, with 15.15% of them going on to win the race.

Believe It is usually prominent through his races and from the Pace report it looks like it’s probably between him and Sir Titan for the early lead. If he can get a useful position early on that will hopefully set him up to be able to test his stamina in the closing stages of the race. 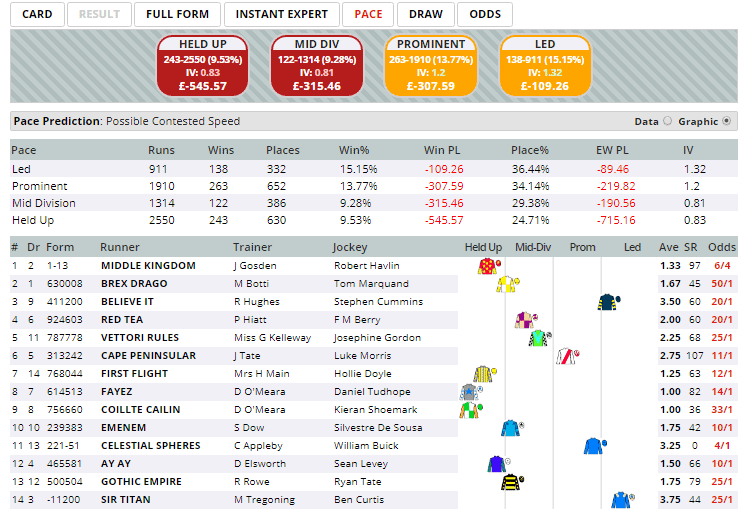