He runs Spice Girl in a mares’ maiden hurdle at Towcester today, and she is looking for a four-timer having won three bumpers over the summer.

Her three bumper wins were all on good ground and over two miles (today’s going and distance), and interestingly she wasn’t favourite on any of those three starts, which perhaps is an indication of how the market treats horses for slightly ‘lesser’ stables.

She won her latest bumper at Uttoxeter easily by ten lengths, and the second in that race has come out and won since.

The Pace report shows that early leaders here over this distance have the best record, with 16.31% of them going on to win the race. It’s not a huge bias, however, and has produced a small level stakes loss.

The David Pipe trained Timeforben has the highest pace score based on the limited runs of some of these so far.

Spice Girl has been settled around mid-division in her runs so far and it would be no surprise to see Johnson do the same here, and try to track anything that looks dangerous. 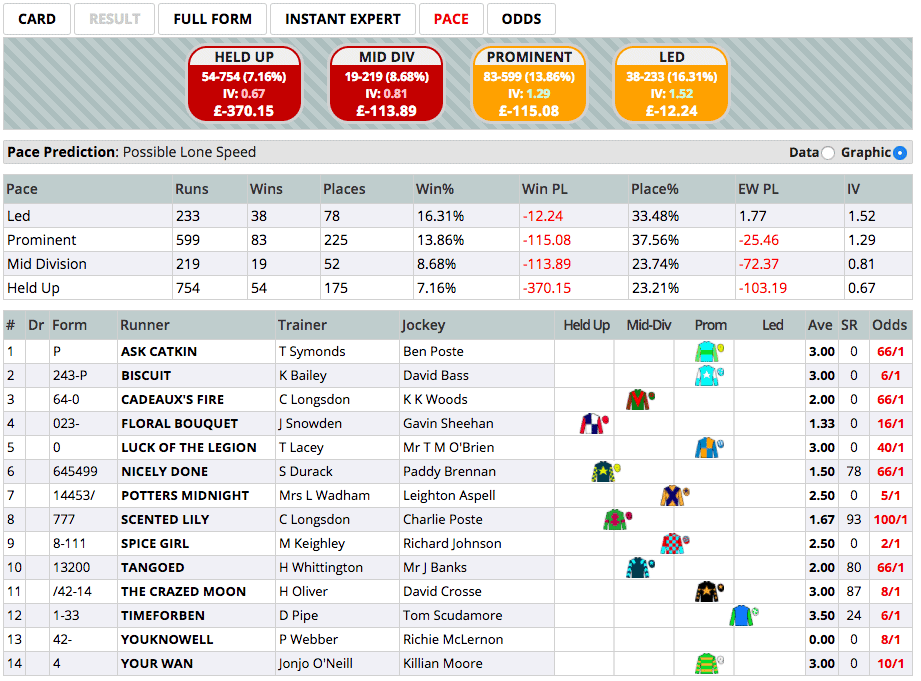