Horses For Courses is the report that is available to all users on a Friday, and it shows that You Say What appears to like racing at Exeter. He’s had three winners (60%) and places from five races there, for level stakes profits of 15.25 and 17.11.

Today he runs a marathon handicap chase there, over almost three miles and seven furlongs.

You Say What appeared rejuvenated last time out when taking a similar standard contest to today’s over three miles extremely comfortably. This is obviously a big step up in distance, but if he travels and jumps as well as he did in that victory here last time, then I think he can cope with, and the seven-pound rise in the weights he has been hit with.

Trainer David Pipe has been among the winners recently, and he also has a useful record when he moves his runners significantly in distance (Dist Move). From his last 82 such runners, he’s had 12 winners (14.63%) for a level stakes profit of 10.76 and an Impact Value of 1.35.

When looking at the Instant Expert report we can see that there are others that look better suited to today’s conditions than You Say What. He does have one section of green and one of amber, but as mentioned previously, he is untried at this distance and also in this field size.

The 40/1 outsider Barton Gift has an excellent record over this distance, and could potentially sneak into a place as others tire. 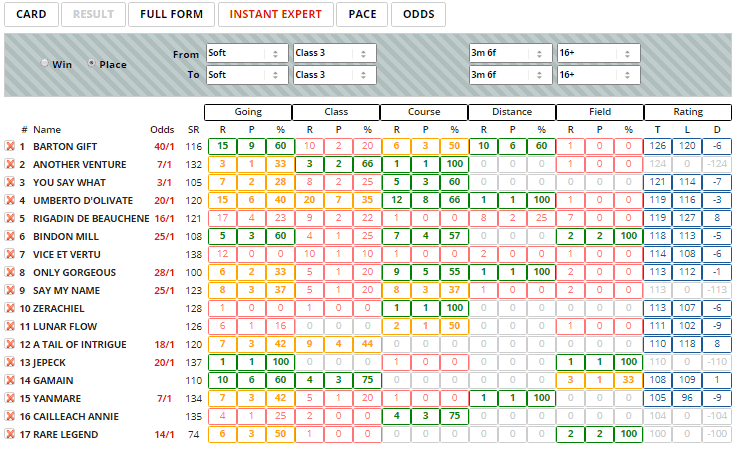 Tom Scudamore is likely to keep You Say What in amongst the field, or even held up as last time, and slowly work his way into the race if he can settle into a nice rhythm again. 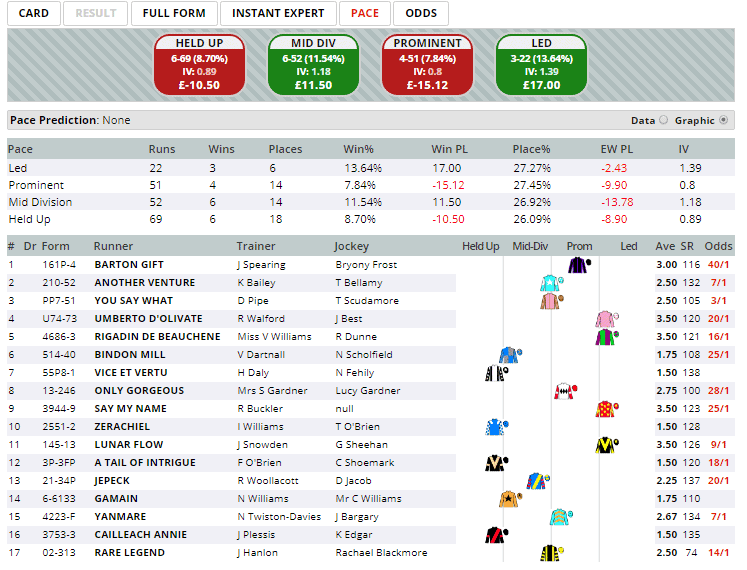