Rock On Dandy makes The Shortlist with a great score of 12, having four sections of green and one of grey (not having run in this class before).

He runs in a one and a half mile handicap on the all-weather at Dundalk tonight.

Rock On Dandy has won his last two races and has subsequently been raised 13 pounds because of this. However, he was such an easy winner last time out and is due to go up another seven pounds, that he looks very well in here.

The Instant Expert report shows a perfect line of green for Rock On Dandy and compared to the majority of the rest of the field he looks really well suited to today’s conditions. As can be seen from the report, he is six pounds higher than for his last win, but as mentioned earlier, it was such a facile procession I think it may be tough o stop him from this mark.

Alcander also looks decent on this report with three sections of green and two of amber, but he is a full seven pounds higher than his last winning mark. 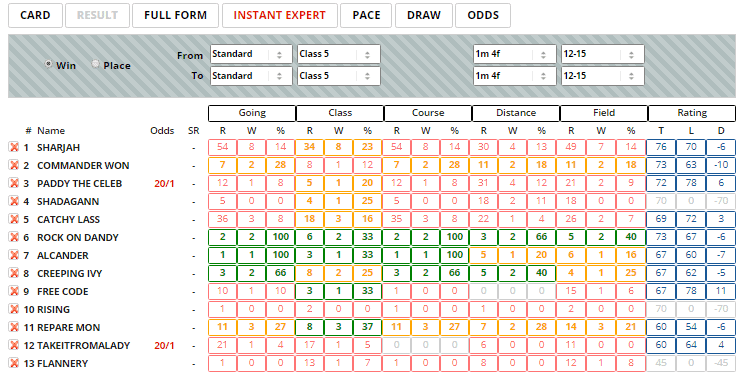 The Pace report shows that there isn’t really a huge bias towards running styles here over this distance.

Rock On Dandy is generally in midfield and that looks like quite a decent place to be here. 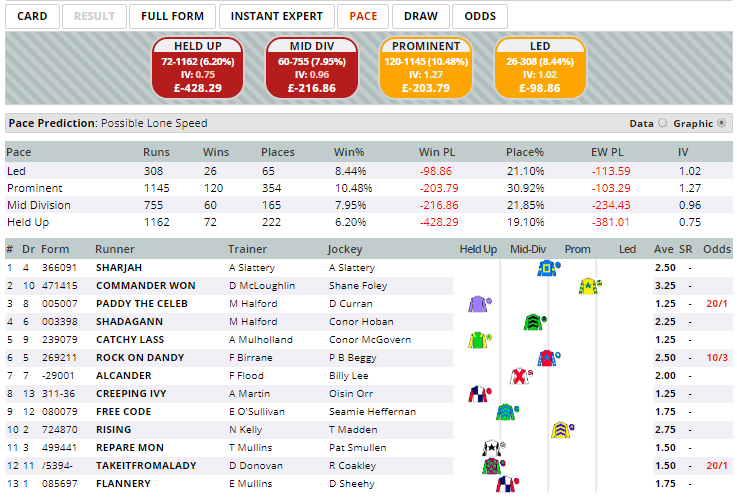