Fly Vinnie makes it onto The Shortlist for a three mile handicap hurdle at Musselburgh with a fine score of 12, having four sections of green. He has a grey section for going, however, he has won on good and soft ground so good to soft will be absolutely fine for him.

Fly Vinnie was outclassed last time out over a furlong further than today’s trip at Carlisle, but prior to that he was a facile winner over course and distance. He is ten pounds higher than for that win, but the drop down in class from last time should help and he has raced from eight pounds higher than this mark in the past.

He is extremely lightly raced under rules for a nine-year-old, and with conditions in his favour I am hoping for a big run at a decent price.

Claimer Steven Fox has had a couple of winners recently and also had a useful record here at Musselburgh. From his last 25 rides at this course, he’s had four winners (16%) and ten places (40%) for level stakes profits of 7.50 and 13.35 respectively, and an Impact Value of 1.30.

The Instant Expert report highlights how well suited Fly Vinnie is to today’s conditions, especially compared to his rivals, and his record here at Musselburgh really stands out. He has won half of his six races here, with Arthurs Secret the only other runner in today’s field to record a victory here.

Fly Vinnie is usually ridden quite prominently during his races and was the early leader on the last couple of occasions, including when winning easily in his penultimate race. 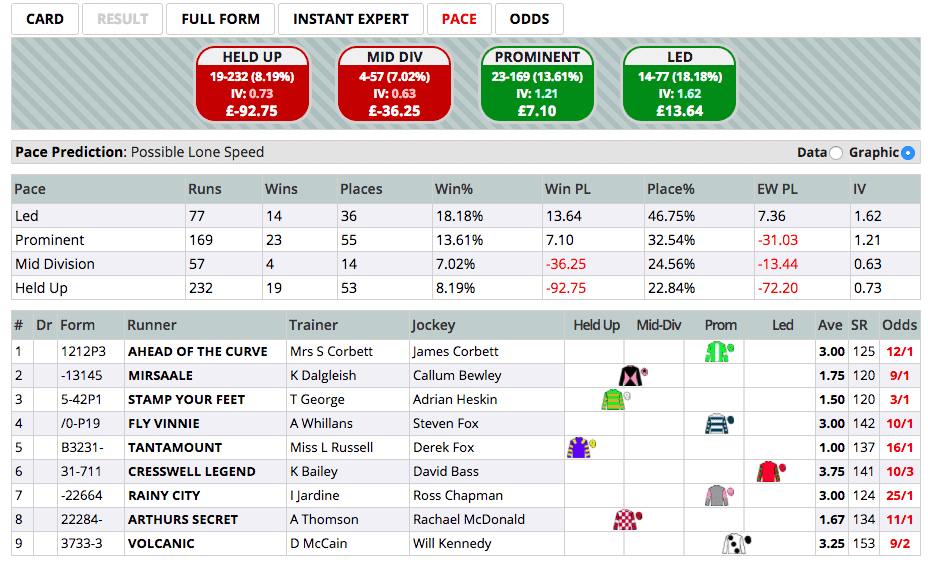