Seven Clans make it on to The Shortlist in a nine-furlong handicap on the all-weather track at Wolverhampton, with a good score of 13, having four sections of green and one of amber. He looks well suited to this one and at a current price of around 9/2 is worth a closer look.

Adam Kirby takes the ride again and has won twice on him in the past.

The Instant Expert report highlights the good showing of Seven Clans in today’s conditions and shows that he appears far better suited than the rest of the field.

He is 12 pounds higher than when he last won on the all-weather courses, which was over course and distance at the beginning of last year, but he has won on turf from a seven pound lower mark than todays.

There isn’t a huge bias when looking at the Pace report, although prominent runners do have the best strike rate.

Akkadian Empire looks likely to be the early leader as he always shows plenty of speed, with Seven Clans likely to be held up towards the rear by Kirby who will wait for his chance to strike. 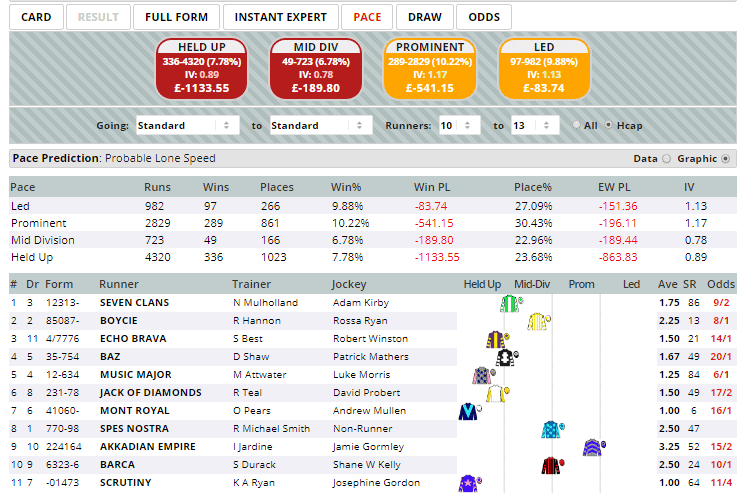 Stat of the Day, 2nd April 2018 Monday Musings: The Quest for the Roses
Scroll to top