The Trainer Jockey Combo Stats report shows that Charlie Appleby and James Doyle has a quite brilliant record together here at Newmarket over the past year. From the 22 runners they’ve had during that time, there have been ten winners (45.45%) and 16 places (72.73%) for level stakes profits of 8.69 and 12.53 respectively and an Impact Value of 4.26.

They team up with Bow Street in a ten-furlong handicap here today.

Bow Street was second in a novice event here over a mile in October before easily landing the spoils on the all-weather at Newmarket. The way this New Approach colt stayed on that day suggested the extra two furlongs in this race will be sure to suit and he is one of the more unexposed runners in this field, having had just the three races so far.

There is little data to go on when looking at the Pace report but it does appear likely that Bailey’s Excelerate will lead the way and he appears to enjoy bounding along in front.

Bow Street has been prominent in his last couple of races and I would expect Doyle to try and get quite a prominent early position. 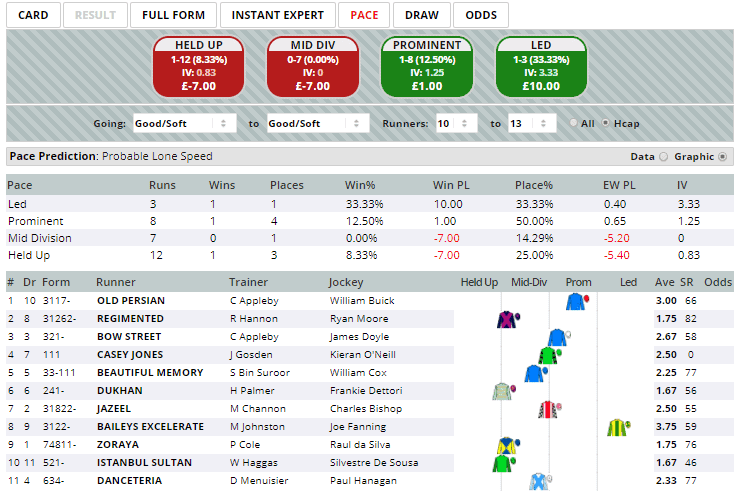